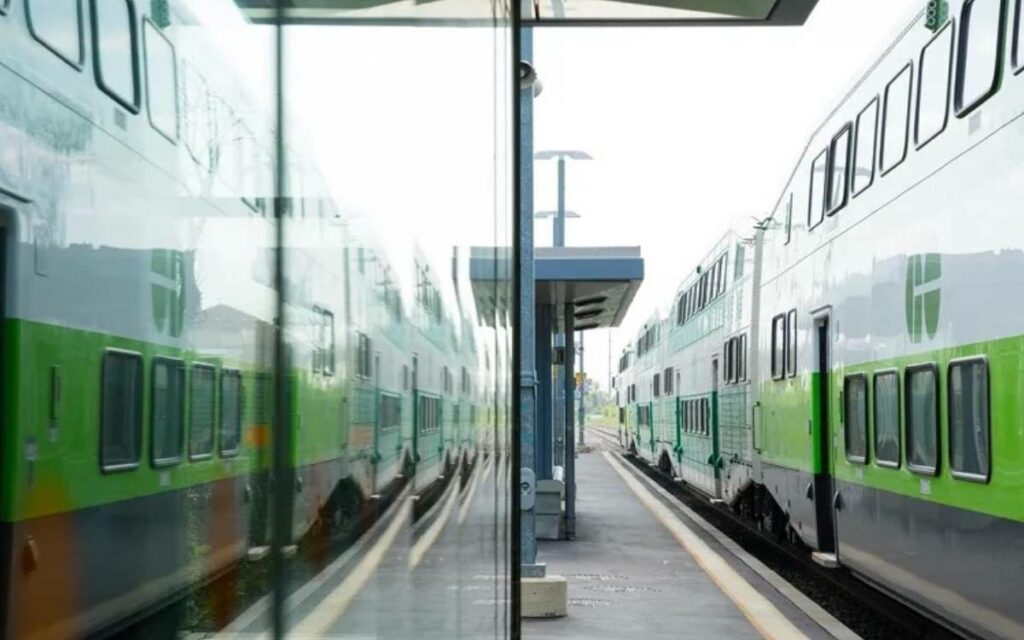 The proposed site would be strategically located between the planned and existing stations in Grimsby and St. Catharines. Photo credit: Metrolinx

After a year and a half delay due to supplementary consultation with key stakeholders, Metrolinx released its Initial Business Case (IBC) for a new GO train station in Beamsville on Tuesday.

The preliminary report, completed in partnership with the Niagara Region, Town of Lincoln, and a third-party proponent, outlines the strategic and economic case for the construction of a GO station between the planned Grimsby station and current St. Catharines site.

In brief, the IBC confirms the feasibility of a Beamsville GO station and represents the first step in a multi-year planning process.

“This is good news for local residents in Niagara who have been looking forward to expanded rail service,” said MPP for Niagara West Sam Oosterhoff.

The theorized station would be located along the Lakeshore West Line, west of Ontario Street in Beamsville in the Town of Lincoln.

A yet-to-be-revealed third-party proponent would incur the costs of building the station and investing in an associated compact mixed-use development.

Total project costs are currently pegged at $36.8 million, with a stated economic benefit of $58.8 million.

According to the report released Tuesday, Metrolinx would only undertake major rehabilitation work and incremental train and station operating costs less any cost associated with the parking lot, which would fall under the responsibility of the third-party. Per the agency, Metrolinx would realize “net incremental revenues varying between -$0.7 and $2.0 million, depending on the extent of the modal shift for tourists and visitors.”

In a statement, Mayor of Lincoln Sandra Easton called the study’s confirmation of feasibility “excellent news for the community”.

“The community benefits are many – including economic growth, expanded transportation options for residents, and further leveraging Lincoln as a premier tourism destination in Niagara.”

2041 is simply the future date used in the IBC to project ridership and not a timeline for when the station would be built. A timeline for station construction is currently undetermined.

Combined with existing riders diverted from nearby GO stations, annual ridership for Beamsville is expected to reach 325,000 in the next two decades.

“Niagara has been unified in our belief and advocacy that four GO station sites are needed and viable in our community,” said Niagara Regional Chair Jim Bradley.

“This new business case clearly validates that in addition to our approved GO stations at Grimsby, St. Catharines and Niagara Falls, a future GO station at Lincoln will help drive our economy, connect our communities empower our residents with new transit options, and enable Niagara’s growth well into the future.”

Amenities at the station may include customer parking, a pick-up and drop-off area, bicycle parking, and an area for transfers to local and regional transit services.

“I’m pleased to see the release of the initial business case that demonstrates the feasibility of GO service expansion to Lincoln,” concluded Town of Lincoln CAO Mike Kirkopoulos. “We will continue to work closely with our partners in government and the private sector to move this important community project from concept to reality.”