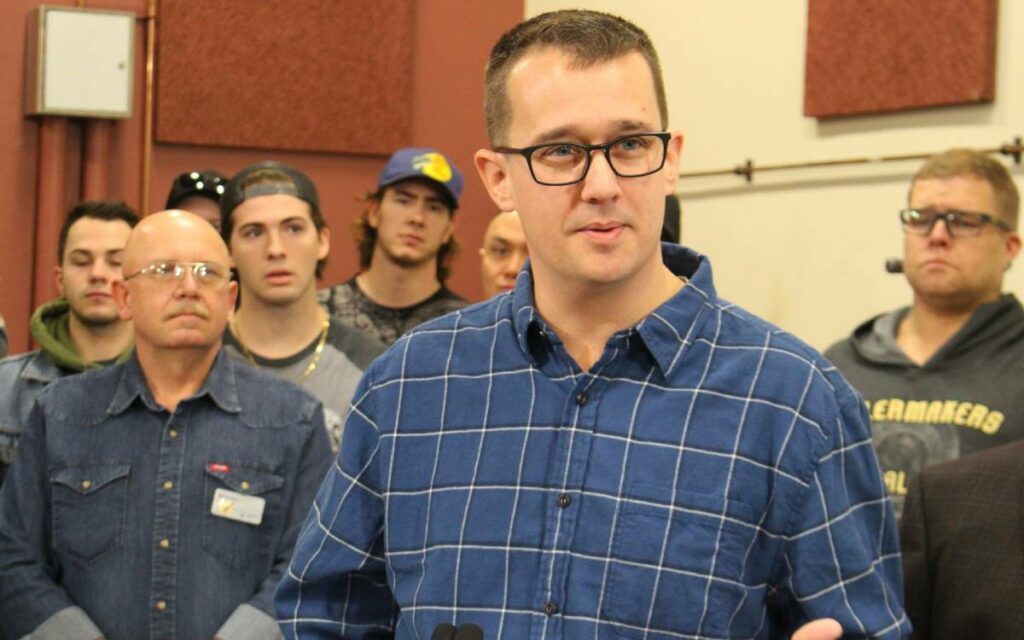 Minister of Labour, Training and Skills Development Monte McNaughton at an announcement in early 2020. McNaughton’s ministry has introduced a number of labour reforms over the past several weeks, including raising the minimum wage, that many in the business community have questioned as untimely or wholly unnecessary. Photo credit: Postmedia Network/Paul Morden

After rejecting the Wynne government’s planned increase in the Ontario minimum wage to $15 per hour back in 2018, Premier Doug Ford has now decided to reverse himself and implement that policy, effective at the beginning of 2022. He justifies this reversal by stating that workers “deserve to have more money in their pocket because they have worked hard and put in long hours”.

Although everyone agrees that the pandemic inflicted lots of pain on many different groups, hiking the minimum wage is an ineffective and problematic way to address the issue. Furthermore, small business owners are some of the hardest working people around and many are barely staying solvent due to the pandemic, if they survived it at all. This minimum wage hike is yet another blow to this vital source of jobs and prosperity, at a very difficult time.

Minimum wage is a much-misunderstood policy. The vast majority of minimum wage earners are not primary breadwinners but part-time workers or students. Studies by the Fraser Institute, among others, found that over half of minimum wage earners are between the ages of 15 and 24. Most workers do not earn minimum wage for very long, as their compensation level increases as they obtain more education and experience. Over 90 per cent of people earning minimum wage do not live in low-income households. For the small percentage of workers for whom minimum wage is their family’s only source of income, a far more effective way of providing support would be to lower their tax burden, as our income tax system is very punitive to lower income earners. Indeed, early in the Ford government’s tenure they did implement a policy to take a significant proportion of low-income workers off of the income tax rolls.

Overall, minimum wage is a very blunt policy instrument that does not effectively address poverty but does damage to businesses and job creation as well as feeding inflation.

It is interesting that many advocates of a higher minimum wage believe increasing minimum wage does not affect the demand for workers, yet paradoxically those same people are firm supporters of things like a carbon tax or a tax on tobacco on the basis that these taxes will reduce demand for those products. The labour market is not magically exempt from the laws of supply and demand, and of course increasing labour costs will reduce the demand for labour and/or put upward pressure on prices at a time when inflation is also a key problem.

Another consideration is that in this age of advanced technology and the growing development of artificial intelligence, many businesses will choose to automate when faced with increased costs of employing people and the unpredictability of announcements such as Ford’s. Replacing people with technology will permanently wipe out many lower wage jobs, despite the fact that these jobs are valuable training grounds for young and less skilled workers, leaving these groups with fewer employment opportunities and more dependence on social assistance.

Minimum wage hikes also have a disproportionately negative impact on rural communities. $15 an hour may not be very helpful in downtown Toronto, but in many rural towns where the cost of living is much lower, minimum wage jobs represent an important source of employment.

Some union leaders were present when Ford made the announcement, which seemed to be viewed as some kind of victory by the Progressive Conservative leader. However, if Ford thinks this move will mean that unions will not be actively campaigning against the PCs in the upcoming provincial election, he is dreaming in technicolour. Unions have never supported PCs/Conservatives in any election, and that is not about to change now. It is not surprising that union leaders would support a minimum wage hike, since although few union members would be earning the minimum, many collective agreements base compensation levels a set amount above the minimum wage, such that an increase in the minimum boosts the pay of workers already earning a very healthy income.

The minimum wage announcement was clearly all about election politics and putting forth a “worker-friendly” image for the Ford government. Yet what is really needed to help the economy recover from the pandemic damage is policies which permit the private sector to get back on its feet, create good jobs and pay taxes to help repair government balance sheets. The minimum wage hike will accomplish none of that.