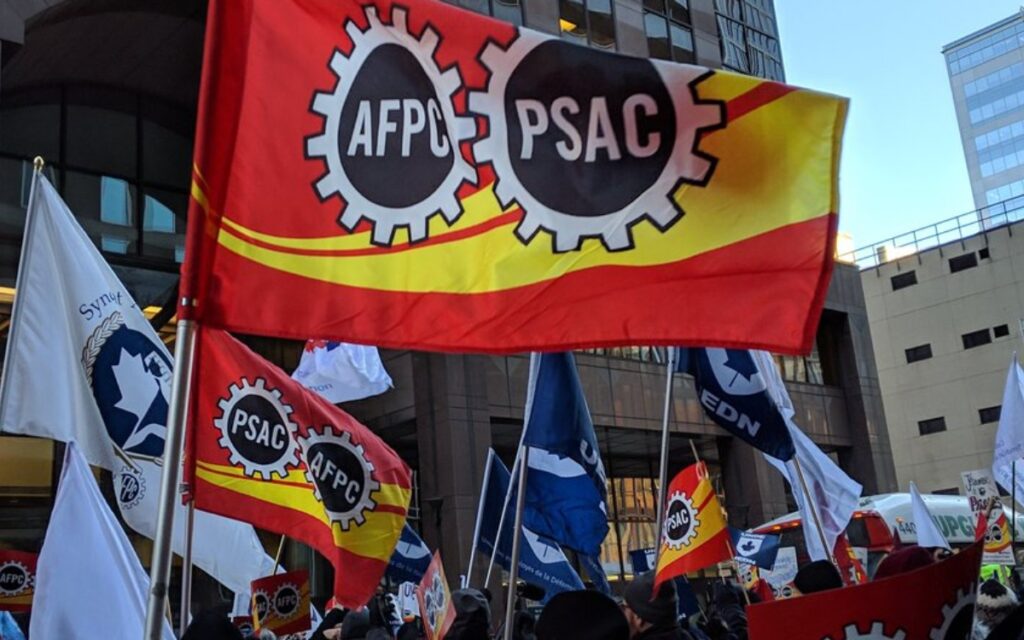 The whole notion of collective bargaining is predicated on there being a reasonable balance between the union and the employer. Prohibiting the employer from bringing in other workers to carry on operating severely upsets this balance, leaving far too much power in union hands. Photo credit: CityNews

The federal Liberals just announced they are opening a one-year consultation on introducing a prohibition on replacement workers during labour disputes in federally-regulated industries. The result would be that employers in these sectors would be prohibited from continuing to operate by bringing in workers to replace unionized workers who were on strike or locked out by the employer.

NDP leader Jagmeet Singh took credit for this change, claiming that this was one of the conditions on which the Liberal-NDP coalition agreement depends. Needless to say, unions were elated with this development, which spells trouble for Canadians who are not unionized and not interested in becoming part of a union. In other words, most of us.

If this change does indeed come to pass, it will be yet another reason for foreign and domestic investors to avoid Canada. Since 2015, Canada’s investment performance has been one of the worst among OECD countries. Recent data show that for the first time ever, the amount of capital invested in businesses is less than the amount invested in the overheated housing market, which does not bode well for Canada’s productivity and future economic prospects.

Federal government policies that have greatly increased the costly regulatory burden faced by business, tax hikes, high energy prices and other policies which discourage resource sector investment have taken their toll. Introducing more imbalance into the labour market can only worsen this trend.

Canadian unions already enjoy one of the most accommodating regulatory environments in the world.  Dues are forced by law in unionized workplaces, whereas in many countries workers have the right to decide whether or not they want to pay union dues. Canadian unions are also free to use those forced dues to engage in partisan politics, something that is prohibited or greatly limited in other jurisdictions. And despite the immense privilege of forced union dues, there is no requirement for any financial transparency from unions, so even their members are not aware of how their money is being spent on political causes and other things most members do not support.

In most parts of Canada it is much easier to certify a union than to decertify it, even when a majority of employees favour getting rid of the union. Within this context, the notion that unions in Canada need even more laws biased in their favour to survive is more of an admission of the fact that unions don’t seem to be selling a product that many want to buy than anything else.

The whole notion of collective bargaining is predicated on there being a reasonable balance between the union and the employer. Unionized workers are free to withdraw their labour if they choose, and this is theoretically balanced by the business’ ability to use other means to remain in operation. Prohibiting the business from bringing in other workers to carry on operating severely upsets this balance, leaving far too much power in union hands.

This imbalance is especially problematic in the public sector – where most union members in Canada are found these days as private sector unionization declines. As government “employers” do not operate in a competitive marketplace and are not threatened with going out of business, they are much more likely to cave-in to union demands with taxpayers captive to pay for the results. If you think the taxpayer extortion by public sector unions is bad now – and it is – you ain’t seen nothin’ yet.

Although federally-regulated industries that would be subject to this change are private sector entities, they also enjoy privileges not available to other businesses. Airlines, railways, telecommunications companies, banks and the like are all beneficiaries of heavy regulation that protects them from any real competition. That’s the main reason Canadians pay more for cellphone service, internet, bank fees and domestic airfares than most other countries in the world.

Not all of these industries are unionized – banks have successfully fought off unions for decades – but those that are enjoy market power that would not exist in a competitive climate. Restricting their ability to use replacement workers in a strike or lockout situation would therefore mean they will be even more likely to accede to union demands for higher wages, benefits and other measures that increase their cost of doing business. This will ultimately mean price hikes to consumers of these services at a time of already-high inflation, worsening the cost of living for most Canadians.

This federal Liberal government has developed a habit of interfering in provincial jurisdiction, and as most labour and employment laws are the purview of the provinces, this latest move is but another example. Although these changes may only initially apply to federally-regulated companies, some of the intent is to create a precedent for changes at the provincial level as well.

The bottom line is there is absolutely zero justification for yet another legislative change favouring labour unions in Canada. Given the fact that the playing field is already strongly tilted in their favour, if unions are having trouble growing – which they clearly are – maybe they should look in the mirror.  Considering how these proposed changes will only further weaken the economy at a time when recession is on the horizon and Canadians already face a cost-of-living crisis, the unions, NDP and other supporters might want to be careful what they wish for.