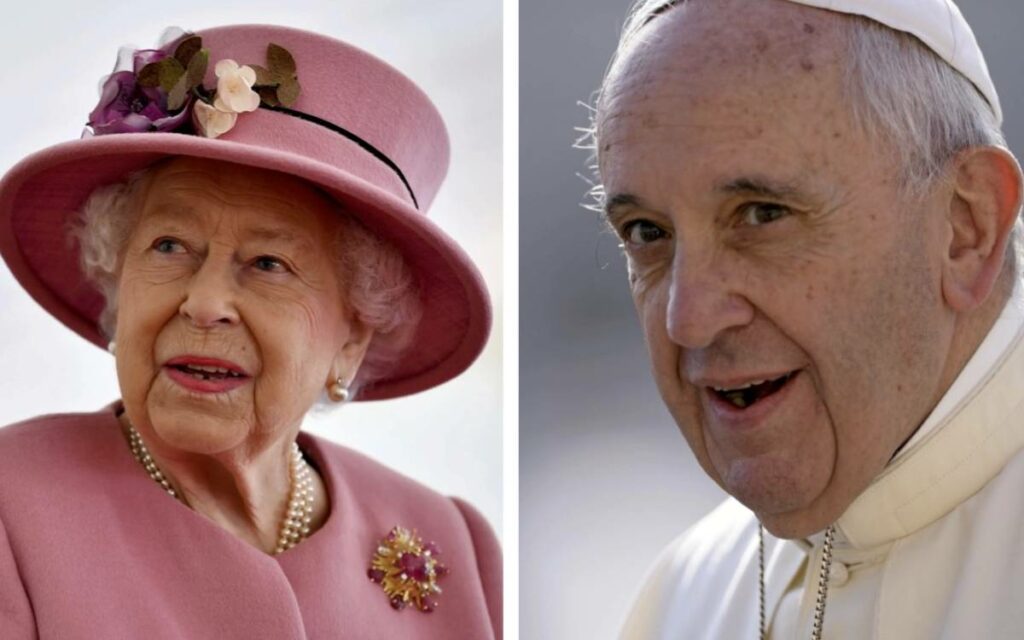 In 2009, Phil Fontaine, the National Chief of the Assembly of First Nations, received Pope Benedict XVI to hear an apology for the role the Roman Catholic Church played in Canada’s residential school system.

Fontaine, following an apology made by then Prime Minister Stephen Harper, sought a similar statement from the church.

In the words of former Chief Fontaine following the meeting, “We were looking for a similar apology from the Catholic Church, and I was a witness to that today…[we] heard what we came here for.”

The apology has since been dismissed by others saying the Pope only expressed regret and sorrow, but stopped short of a full apology. This would seem to contradict the words of Fontaine himself.

The conjecture around whether the apology was good enough may be behind the reluctance of Pope Francis issuing another apology. Regardless of this reluctance, a specific apology regarding the Kamloops Residential School, called for by the Tk’emlups te Secwepemc First Nation, is in order.

The apology should reiterate the apology made in 1991 by the Missionary Oblates of Mary Immaculate, the Catholic order responsible for overseeing the bulk of residential schools in Canada.

The 1991 apology cited the “the part (the order) played in the cultural, ethnic, linguistic, and religious imperialism.”

The head of the Anglican Church, Queen Elizabeth II, should also apologize. She is also head of the Government of Canada and has been since churches oversaw residential schools on its behalf.

The reason for all parties needing to apologize is because the churches were the agents of the Government of Canada. The government’s own policy was assimilation by any means through residential schools and was not only supported by the entire House of Commons, the opposition expressed concerns it did not go far enough.

“I have reason to believe that the agents as a whole… are doing all they can, by refusing food until the Indians are on the verge of starvation, to reduce the expense,” former Prime Minister John A. MacDonald told the House of Commons in 1882.

While the statement is truly disgusting and provides evidence of the Canadian government’s ultimate goals in residential schools, it is mild compared to the response.

David Mills, Liberal Minister of the Interior, responded to the then Prime Minister, “No doubt the Indians will bear a great degree of starvation before they will work, and so long as they are certain the government will come to their aid they will not do much for themselves.”

Mills later became a professor of international and constitutional law at the University of Toronto and was appointed to first the Senate and later the Supreme Court of Canada by Sir Wilfred Laurier.

In the case of the Government of Canada, the apology offered in 2008 by former Prime Minister Harper was accompanied with $2 billion in reparations.

In March, a report of the Independent Assessment Process found more than $3 billion in total has been paid out to the 28,000 victims of the residential school system.

Despite this financial total, what is clear is Canada and its agents need to do more, and the pain felt by so many in the Indigenous community may get worse in the process.

We already know more than 4,100 Indigenous children died in the residential school system. That number provided by the Truth and Reconciliation Commission has now increased by 215 with the mass graves found in Kamloops, B.C.

Full assessments of every residential school site should now begin immediately with forensics to learn what we can as to the causes of the deaths. This should be the first thing the various governments of Canada should do.

I would note: these surveys and potential excavations need to be done in full accordance with Indigenous traditions and involvement to provide needed spiritual observance.

Pope Francis should acknowledge the apology of Pope Benedict XVI did not go far enough and offer a full apology to mirror that of the Missionary Oblates of Mary Immaculate. The Roman Catholic Church and its agents have acknowledged their roll, no need to delay a full apology any longer.

Queen Elizabeth II should also offer a full apology, not only for the role of the church she heads, but also for the government also. After all, her and her family have been the Chief of State from the beginning of the residential school system to the present day.

These apologies and actions do not go far enough sadly. Canadians, specifically those in government, medical offices, counselling, justice, and policing, need to be trained on the effects of the residential school system.

Effects that have made it difficult for Indigenous people in predominantly white culture.

Then we need to look at the situation in too many Indigenous communities today.

Canada has seven per cent of the world’s fresh water, yet there are Indigenous communities who do not have access.

According to StatsCan, adults who identify as First Nations, Metis, or Inuit make up four and a half per cent of Canada’s population. Despite this low total they also make up 31 per cent of the provincial and territorial prison population, and 29 per cent of federal jails.

This is not a statistical anomaly; this is a fact. Justice and policing reform are needed to address this issue.

The next issue we need to resolve is treaty claims. This is especially important in British Columbia where much of the land base is under claim.

Recognition for past wrongs is important. Contrition for those wrongs is also needed.

But the issue we need to face as a nation is to prevent future wrongs. Until we actually deal with the challenges facing Canada’s Indigenous people, the cycle will continue and we will be apologizing tomorrow, for our lack of action today.