Morneau will leave an unenviable record as Finance Minister 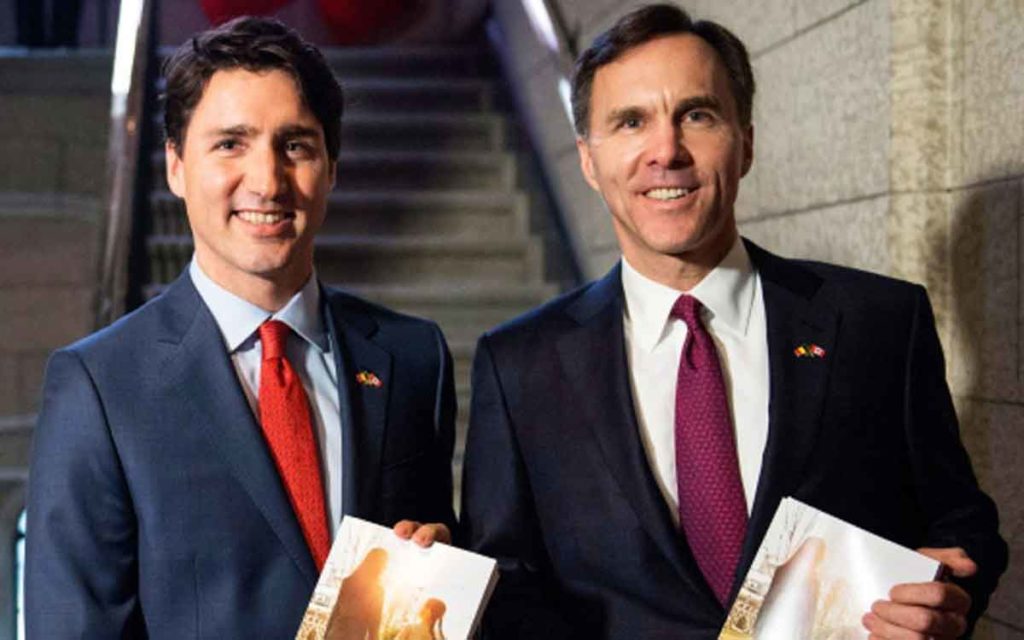 If rumours come to be true, federal Finance Minister Bill Morneau will soon fall on his sword as the fall-guy for the Prime Minister and his Liberal insiders who are all caught up with the government’s WE ethics scandal.

Bill Morneau’s departure from the Ottawa scene is being forecasted throughout media, including many Liberal-friendly news agencies. The Toronto Star suggested that the Finance Minister is “blinded by his own privilege” and that he is “painfully out of touch with Canadians.” The National Post tagged Morneau as enjoying “a privileged life” having inherited a hugely profitable family business. CBC News did an investigative “gotcha” report that dissed him: “WE employees say they were told to attend 2018 holiday party in Bill Morneau’s riding.”  The Toronto Sun had a lead editorial that critically assessed the Finance Minister: “Morneau’s integrity appears to be kept in his cheque book.”

It appears inevitable that when the PM gets around to sharing his cabinet shuffle plans, Morneau’s cue will be “exit stage left.”  His leaving will lead to reviews of his record at the helm of Canada’s finances. Here is an overview of that record.

Recall that when newly elected Justin Trudeau unwrapped his first Liberal cabinet in Fall 2015 it was no surprise that he appointed a Toronto financial services businessman to manage the Liberal Government’s fiscal plan. Bill Morneau has always been the Trudeau Liberal’s finance backstop. In his first federal budget address, Morneau indicated there would be a new direction in fiscal policy, a “fundamental change” that would include substantial “investments by government.”

Despite the 2016 Budget projections, which stated the Liberal Government would balance the books in five years, the Trudeau Government ran $89.1 billion in accumulated deficits over the five years of their first mandate under Morneau’s stewardship. In those five years, spending on federal government programs increased every year and, in total, by nearly $70 billion or at a striking 27.2 per cent rate. In fact, the Trudeau Government has the dubious record of three of the highest levels of per-person program spending per year in Canadian history – and that is before the COVID-19-impacted recession.

Fast forward to the 2019 Liberal campaign platform and it is obvious that Bill Morneau and PM Trudeau had rejected the need to balance the country’s ledger. The Liberals’ second mandate was to feature a projected four years of $20 billion-plus deficits and an additional number of huge, uncosted spending items including pharmacare.

Morneau’s pre-COVID-19 fiscal management has proven costly. As a result of tax changes in the federal budgets through 2019, a vast majority (80 per cent) of middle-income Canadians have experienced increases to their personal income tax. Also, the mountain of new debt will prove an even greater burden on future generations of taxpayers. Former NDP Leader Thomas Mulcair wrote in a Sun Media editorial earlier this year: “Trudeau will have created $10,000 of new debt for every man, woman and child in Canada during his time in office. The sums are staggering…. Once again, this generation of leaders is putting everything on the maxed-out credit card of our grandchildren.”

The Trudeau Government’s pre-COVID-19 fiscal record has been brought under greater scrutiny with the pandemic pressures now bearing down on Canada’s economy. In the “fiscal snapshot” last month, Bill Morneau revealed the deficit for 2020-21 is expected to rise to $343.2 billion. This is greater than in any single year deficit during the Great Depression; ten times the projected $34.4 billion deficit before the pandemic hit!  Due to $212 billion in direct support to individuals and businesses, the federal debt-to-GDP ratio is expected to rise to 49 per cent this fiscal year, up from 31 per cent in 2019-20. (This is alarming given the 49 per cent rate is far above what the International Monetary research tells us is the optimal 26-30 per cent of GDP.)

To put all these numbers in context, this is by far the worst financial statement in Canada’s history. The federal Liberals, under the watch of Bill Morneau, are outspending all past federal governments, including those governments that had to respond to world wars and global recessions. And despite the unbridled government spending and persistent year-over-year deficits, the Finance Minister has offered no plan to reach a balanced budget. Yet, in his silence, the federal department of finance has come forward to estimate that with the current fiscal planning, deficits will last until at least 2040 (note that this estimate pre-dates COVID-19).

The Morneau fiscal plan is failing Canadians according to Fraser Institute economists who opined that “The Liberal mix of higher taxes, more government spending and deeper indebtedness did not result in a robust economy as promised…. GDP and income growth have slowed and business investment has collapsed. And that all happened before anyone had heard of COVID-19.”

If Pierre Trudeau and John Turner go down in Canadian history as “the fathers” of our national debt and the fiscal innovators who introduced the notion of “deficit financing,” then Justin Trudeau and Bill Morneau will be notorious for their seemingly unrestricted spending and being responsible for amassing the country’s burdensome $1 trillion-plus national debt.

Conservative finance critic MP Pierre Poilievre recently provided this analogy in an editorial: “The economy is like a horse carrying big bags of debt on his back up a hill. There is just one horse who must carry not only federal government debt, but also all the provincial, municipal, household and corporate debt. As of 2018 (BEFORE COVID-19!), total public and private debt equaled about 356 percent of GDP. So, the horse carried more than three and a half times his weight that year…. [Now] total private and public debt could reach 400 percent of GDP by the end of this fiscal year…. these debts will break the horse’s back. Whispering in his ear about imaginary “balance sheets” will not stop him from collapsing. He is a horse after all. Not a unicorn.”

This dark assessment of Canada’s financial situation is a marked difference from the Liberals’ sunny-days prediction that “a budget will balance itself.” If one is to accept ministerial responsibility, the dismal reality of today’s numbers must be attributed to the fiscal stewardship of Minister Morneau. And it is for his record as finance minister that Bill Morneau should be removed from his cabinet post, and not because of some PM power play to save face in the aftermath of the WE scandal. 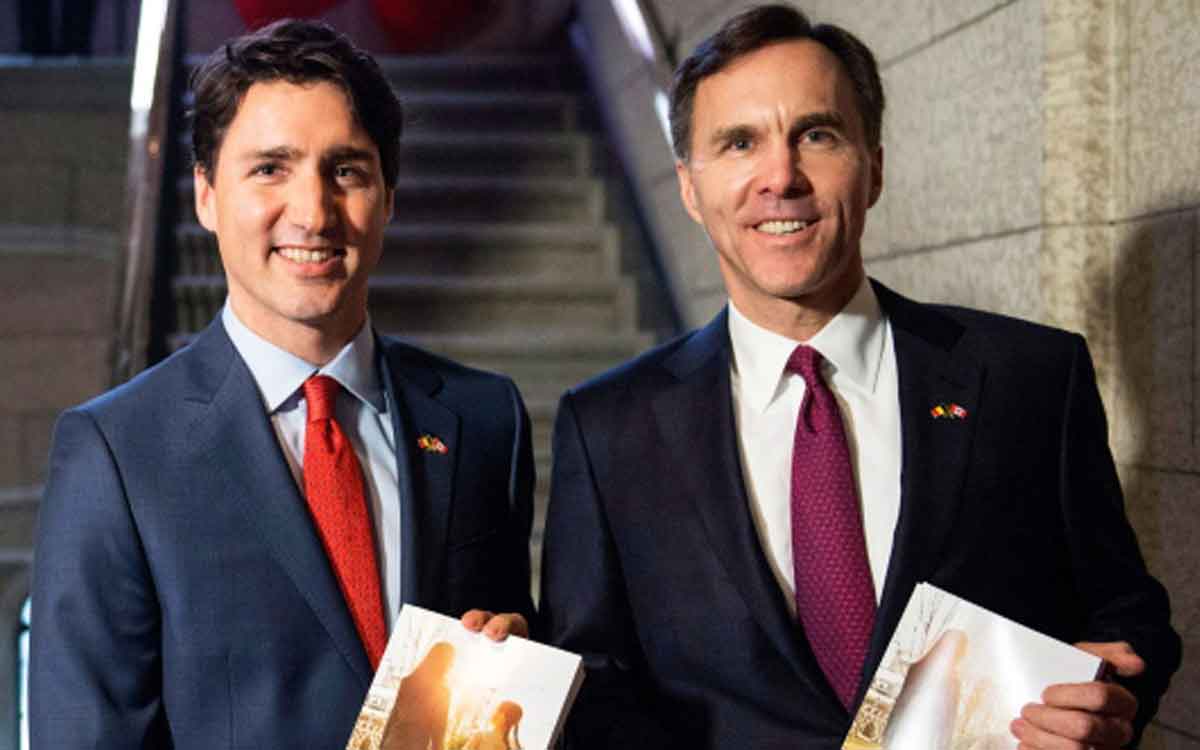