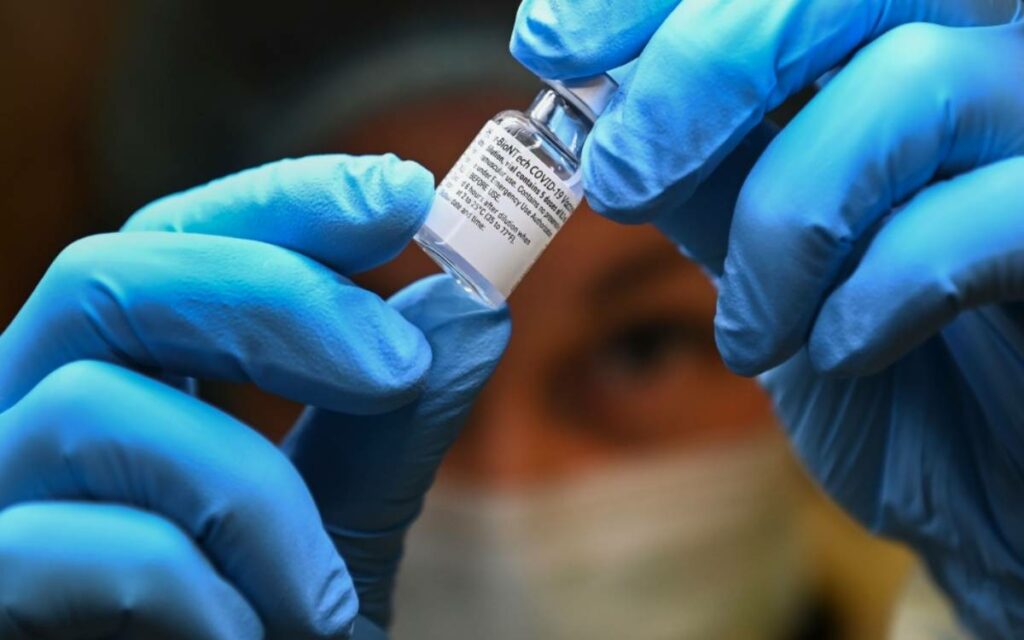 This week marked the one year anniversary of the first COVID-19 case diagnosed in Canada. Through the year, Canada recorded more than 750,000 cases and Canadians mourned over 19,000 deaths. As countries around the world now rush to vaccinate their citizens, Canada has no vaccines.

On Monday MPs returned to Ottawa from their Christmas recess and immediately began to assess the federal government’s national vaccination program — sans vaccines and without promise of a steady supply of vaccines.

Each day news trickled into the Nation’s Capital: Pfizer is cutting its shipment to a quarter of what was expected for next week; Pfizer is calling on Health Canada to get more doses from each vial; the European Union will impose controls on drug exports – but the Canadian shipments from Moderna’s facility in Switzerland will not be impacted; and, a Canadian drug manufacturer has been frustrated by federal delays to get their made-in-Canada vaccine to clinical trial.

Then the Globe and Mail dropped the bombshell that for three months the Trudeau Government hid the fact that its Canadian deal with a Chinese vaccine maker had fallen apart less than 72 hours after it was made public.

MPs were frustrated. NDP MP Don Davies said, “The fact is we’re receiving no vaccines this week. We’re receiving 79,000 vaccines next week. The United States last week vaccinated an average of 1.1 million people. We haven’t even vaccinated 800,000 people in Canada to date.”

Conservative Leader Erin O’Toole led-off an Emergency Debate in the House of Commons stating, “Today the Prime Minister is telling us that everything is fine, but I refuse to bury my head in the sand like him. We have to be honest with Canadians: Everything is not fine…. The key to getting our country back on track is vaccines. We need a reliable government. The truth is that there is now a shortage of vaccines. The Prime Minister talks a good game, but the reality is that we will not receive any Pfizer vaccines this week.”

At a Health Committee meeting MPs unanimously passed a motion to summon the Health Minister and Public Works Minister to answer for the government’s pandemic planning. Conservative MP Michelle Rempel Garner urged MPs for a quick review, “We are facing a monumental challenge in this country and we do need to have answers on why we have a vaccine shortage, and more importantly what the government is going to do to fix it. That’s the only hope we can offer Canadians right now.”

In reply to the calls for answers, Public Works Minister Anita Anand rose in the House of Commons to repeatedly state: “All Canadians who wish to be vaccinated will have access to a vaccine before the end of September. We are on track with our strategy.”

Minister Anand substantiated her claims with a Public Health Agency report that forecasts eight percent of Canadians could be vaccinated by March 31st, and between 34 percent and 61 percent of the adult population by June 30th. The federal agency states Moderna and Pfizer will ship six million doses of vaccines by the end of March, and in the following three months we can expect at least 20 million doses.

Prime Minister Justin Trudeau was also repeatedly assuring Canadians through the week that Pfizer shipments are ordered and scheduled for next month. At a Tuesday press conference the PM referred to the current drought of vaccines as a “delivery hiccup” and he observed, “The next few weeks will be challenging when it comes to deliveries. That said, [Pfizer CEO] Dr. Bourla assured me that hundreds of thousands of Pfizer doses will be delivered the week of February 15 and in the weeks to follow.”

Trudeau insists the country’s vaccine supply is in “good shape.”

However, the PM’s assertions came as Canadians learned from international media that Pfizer has already resumed its scheduled shipments to the U.K. and the European Union. Also, the E.U. is establishing the imposition of export controls on vaccines leaving Europe in order to guarantee ample supply for its member countries.

And then there was the Globe and Mail report about the Canada-China agreement that went bad. Back on May 16, 2020, PM Trudeau heralded an exciting vaccine deal for Canada. At the announcement he chose not to mention the deal was with CanSino Biologics, a Chinese pharmaceutical firm. Then three days later, when China withheld shipments of vaccine seed destined for a Canadian National Research Council lab – effectively shutting down the joint research project – the PM chose not to tell Canadians that his “exciting vaccine deal” was in jeopardy. The PM and government officials kept the collapsed deal hidden for three months, until August.

Documents tabled in the House of Commons this week confirmed that the Canada-China vaccine agreement was cancelled ten days after the deal was struck, only four days after it was announced.

With the government’s admissions this week, many MPs were highly critical of Trudeau’s faith in a deal with a China manufacturer. MP Rempel Garner speculated Canada was “late to the table with Pfizer and other companies because we were banking on CanSino.” Conservative Leader O’Toole flatly stated that this misplaced trust in China has placed our country’s inoculation efforts “in jeopardy” and has left provinces scrambling to meet vaccination targets and people’s expectations.

Sun Media news reporter Brian Lilley asked the obvious question about the fiasco: “The Chinese government is an unreliable partner at the best of times; they’d spent the early days of the pandemic lying to the world about the severity of COVID-19…. Why would the government not think that Chinese President Xi Jinping might pull the rug out from under us on a vaccine?”

The MPs’ week ended with more disturbing news that questions the credibility of the Trudeau Government’s management of the country’s vaccination program. The Economist Intelligence Unit (EIU) of the U.K. issued a report that warns it will take longer than expected to immunize the world against the coronavirus. Many countries may not implement their vaccine programs until 2023, and lower-income countries will not see ample vaccine supply until 2024.

The EIU reports Canada will likely have their most vulnerable populations vaccinated by the end of March 2021, but the general population will only achieve its mass vaccination program by mid-2022. The U.S. and E.U. can expect their vaccination programs to be completed by the end of this year, but Canada’s efforts will lag behind a full six months primarily due its unsteady supply of vaccines.

Assuming the EIU report is wrong, the last word on the questionable government vaccination program and its timelines goes to MP Rempel Garner who asks a legitimate question: “I would like to check the Prime Minister’s math. He said that every adult would be vaccinated by September, which is 32 weeks away, and all the leading COVID-19 vaccines require two doses. There are approximately 30 million adults in Canada and under 2 percent have received a single dose so far. This means that Canada, on average, needs to be administering roughly two million doses per week to meet this goal. This week’s total is zero. How the hell did this happen, and what are the Liberals doing to fix it?”

MPs spent this week trying to get to the bottom of why Canada has an unreliable vaccine supply. Canadians deserve more than the PM’s bromide promises that the government’s vaccination program is only experiencing a “delivery hiccup” and that our vaccine supply is in “good shape.” 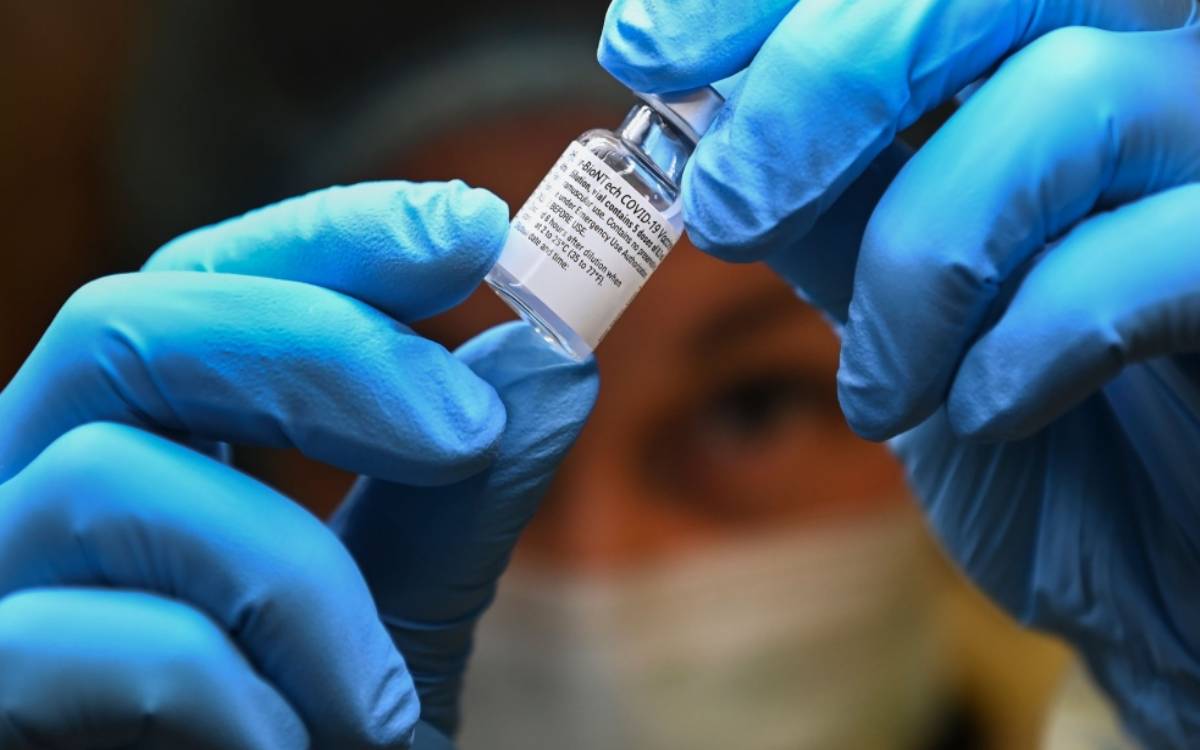