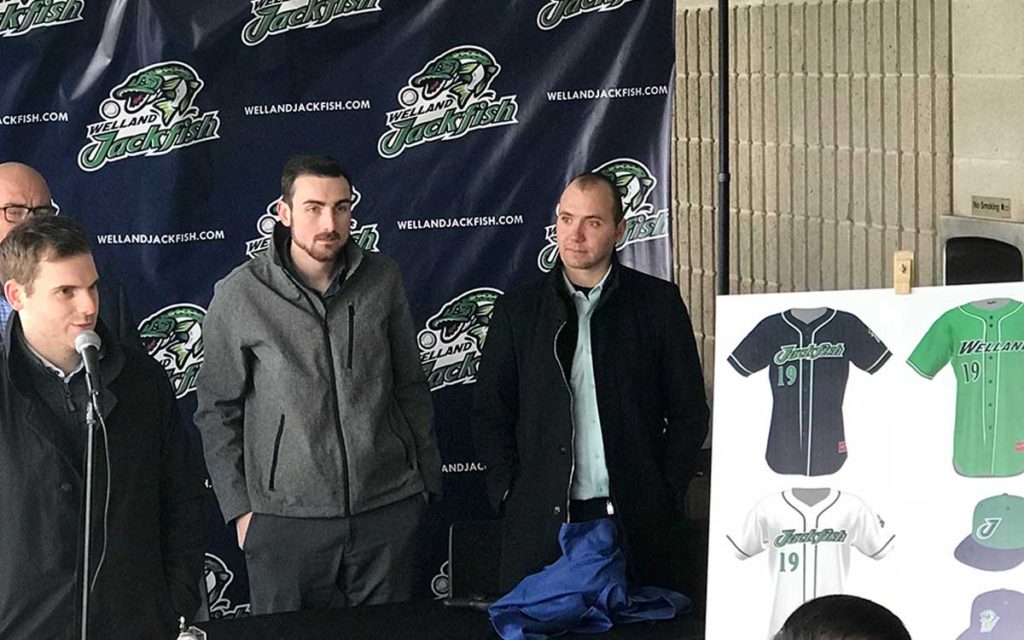 Featuring a navy blue, Kelly green and white color scheme, the Jackfish logo is representative of the Welland Canal and Welland River, both treasured sites of the city. Team officials explained that the fish stands mighty in the forefront and signifies the strength of Welland citizens.

“Welland is a hard working and proud city, and we’re thrilled to be able to reveal today the Welland Jackfish team name as the latest addition to the city’s sports’ landscape,” said Harrison. “The Jackfish (Northern Pike) is a strong inhabitant of the Welland River and a great nod to this Cities fishing background.”

The team will begin play in May of 2019 and is Niagara’s second ever IBL team and the first in almost three decades. The team signed a three-year contract with the city after relocating from Burlington.

At one point in time the Welland Pirates, a class A affiliate of the Pittsburgh Pirates that played in the New York-Penn League, called Welland Stadium home. Former Assistant GM of that team and St. Catharines resident John Belford says he’s looking forward to seeing quality baseball back in Niagara. “I’m glad baseball is back and I’m excited to see them give the stadium a shot; an honest effort to maximize use of that stadium,” he said. Belford went on to become the GM of the St. Catharines Stompers who at one time played out of Community Park in St. Catharines and were the Class A affiliate of the Toronto Blue Jays.

Belford says the one thing that the Jackfish have going for them that the professional team’s front offices struggled with is not having to play several nights in a row. “Our biggest problem is we played almost every night. You can gear up for one or two games a week but it’s a lot to ask of your fans to come out and support the team for seven nights in a row.”

The stadium will be an asset for the team says Belford, despite having a couple of quirks. “It’s a great stadium, the fans are right on top of the game and the roof keeps the sound in place and helps create a lively atmosphere.” He did say one of the stadium’s old quirks was also one of his funniest memories of his time with the Pirates. “I remember when managers or players got ejected from a game they actually had to walk through the stands to get to the dressing room. It made for some dicey situations,” he said with a laugh.

Full season-ticket memberships are currently on sale for the Jackfish inaugural season. Full season tickets start at just $5 per game. Fans can secure their season tickets for the Welland Jackfish by calling 905-736-1346 or for more information email the membership sales team at info@wellandjackfish.com.