Natural disasters cost all Canadians, not just those in storm’s path 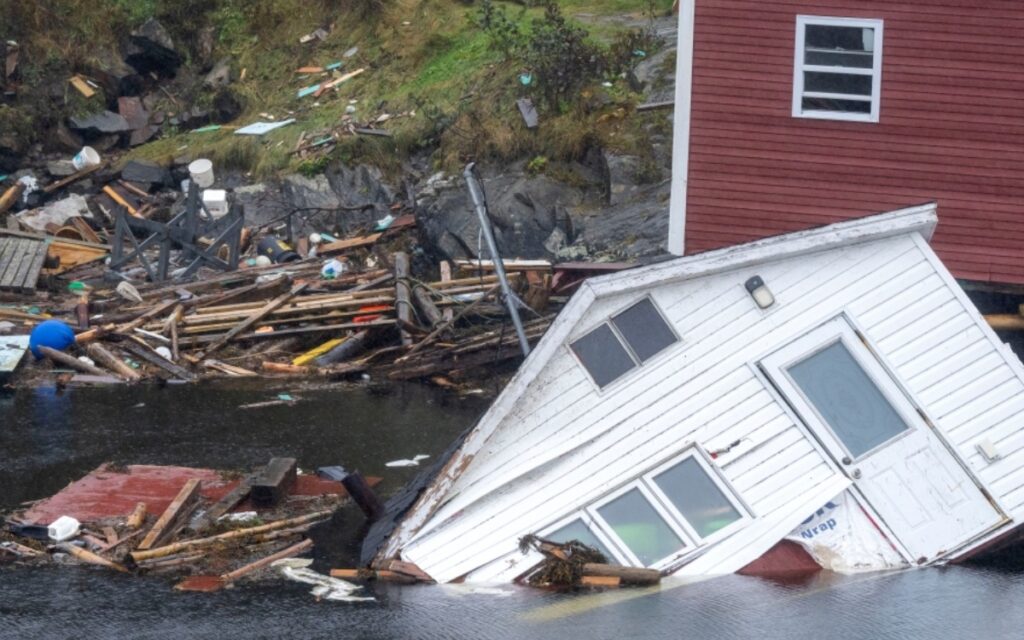 Hurricane Fiona is going to cost all Canadians a lot of money and not just those living out east. The government’s response to the situation, setting up a recovery fund, is the right one. But how can Canada help mitigate and be prepared for future natural disasters? Photo credit: Canadian Daily News

Mother Nature can be a thing of beauty or a terror worse than a misbehaving puppy and newborn baby combined. Canada’s East Coast caught Mother Nature’s bad side late last month when Hurricane Fiona touched down. Communities are still picking up the pieces and power crews are still restoring hydro to many residences.

Watching the coverage of Fiona, it is clear that times are changing, and the weather is playing a growing role in politics. Not because it affects a lobbyist’s ability to play a round of golf with a politician and push their agenda, but because politicians at all levels are being forced to respond to a growing number of natural disasters.

Canada has seen an increase in wildfires, flooding and heatwaves. This is having a direct impact on Canadians’ livelihoods and businesses’ ability to operate successfully. It is hard to sell a car when the roof has blown off or think about buying a new furnace when you are living on the seventh level of Dante’s Inferno.

Though the solution to climate change remains a political hot potato, its effects are becoming harder and harder to deny. A federal assessment of climate, Canada’s Changing Climate, published in 2019, found that fossil fuel emissions are intensifying tropical storms that originate in the southern Atlantic and move north to the Canadian shore. Some may challenge the accuracy of the 2019 report, but Hurricane Fiona’s impact on the Atlantic provinces only strengthens the report’s credibility.

For those less concerned about the environment, the economic impact may raise more concern. The cost of repairing infrastructures like roads, schools, businesses and houses is expensive. The bills for repair fall onto the shoulders of homeowners and insurance companies, but that does not always work. Some people are underinsured, and some insurance companies have a clause in the policies that refuse to cover “Acts of God” which many natural disasters fall under.

Since letting folks become homeless is not very desirable anywhere, let alone in a developed country like Canada, the government must step in. Last week, the federal government announced the creation of the Hurricane Fiona Recovery Fund. The Fund will provide up to an additional $300 million over two years, starting this year, to help those affected by the storm and to support long-term recovery efforts. Not to mention the government’s donation matching program.

The short of it is that Hurricane Fiona is going to cost all Canadians a lot of money and not just those living out east. The government’s response to this situation is the right one. Any East Coaster would give you the shirt off their back to help someone in need. The rest of Canada can toss in a few bucks here and there to help them out in their time of need. The bigger question is how can Canada help mitigate and be prepared for future natural disasters?

That is a tough one to answer, as there are a number of solutions. Some say we should simply do nothing, as Canadians’ greenhouse gas emissions are fairly low and other countries like the United States and China are truly the problem. On the other side of the coin, you have those wanting Canada to further cap emission levels and use policy measures, like rapidly increasing the carbon tax, to reduce Canada’s environmental footprint. The right answer is probably somewhere in the middle and it will be an issue that politicians, policymakers and experts will continue to debate for years to come.

One solution that has been put forward is creating a special unit within the Canadian Armed Forces that is responsible for responding to natural disasters. Canada’s top soldier, Lieutenant-General Wayne Eyre, who pointed out that the Forces are currently understaffed, quickly sent this idea to the curb as not feasible. Eyre also pointed out that responding to events like Hurricane Fiona is not the responsibility of the Forces and they only respond if necessary.

It is unlikely that any level of government will want to take on the responsibility of tackling natural disasters and will point a finger at the other levels, claiming it is their jurisdiction in this case. That is the challenge with leadership within the government. Leadership rarely comes out in a time of need and band-aid solutions are applied.

As stories continue to flood in about Hurricane Fiona’s impact, all Canadians should cross their fingers that it does not happen in their backyard and that all levels of government start thinking about their plan to prevent further damage to our environment. If not, it could be a long few decades of storms and disasters.