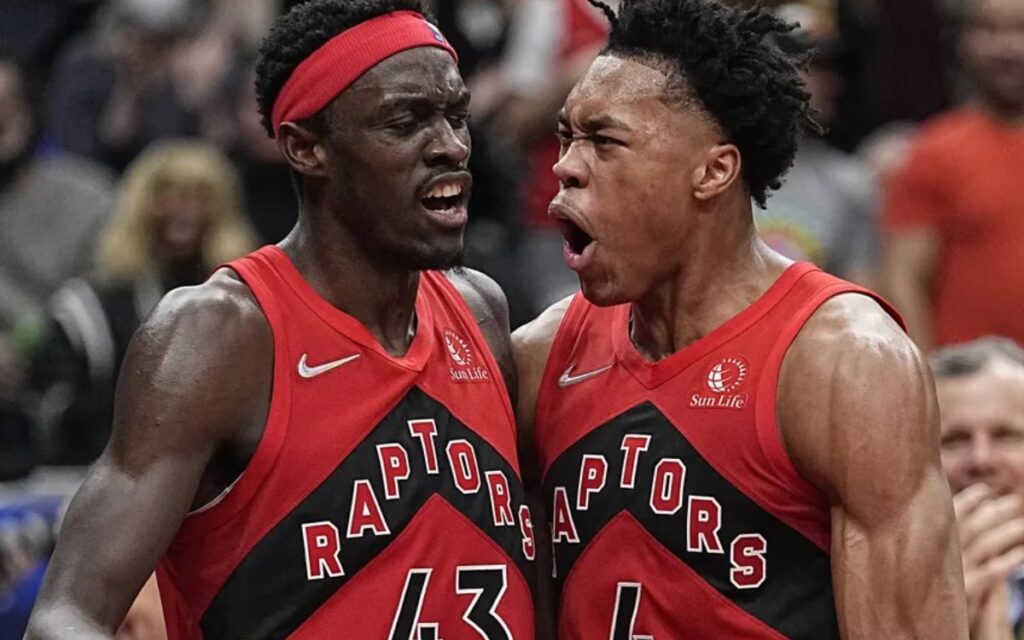 The National Basketball Association tips off its 2022-23 season Tuesday night.

The Toronto Raptors begin their regular season Wednesday night at home against the Cleveland Cavaliers.

After a (48-34) record last season, good for fifth place in the NBA Eastern Conference standings, many are wondering if Canada’s only team in the Association can take another step forward.

The Raptors projected starting lineup has not changed from last season:

A healthy, more rested Fred VanVleet will go a long way in putting and/or keeping the Raptors in at the very least, the conversation, in the East.

VanVleet averaged a career high 20.3 points and 6.7 assists per game last season, and there’s no doubt he is Toronto’s leader on and off the floor.

“I think we’re all looking forward to getting out there and laying it on the line, and we’ll see what happens,” VanVleet said.

“The beginning of the season is an exciting time for us, for everybody, especially the fans. Can’t wait for Wednesday night.”

Let’s not forget Scottie Barnes is coming off Rookie of the Year honours.

Barnes averaged 15.3 points and 7.5 rebounds on 49.2 percent shooting in his first season with the Raptors, playing 35.4 minutes per game, which was first among all rookies.

Barnes was also the only first year player to rank in the top five in points, rebounds, assists, steals, and blocks.

Speaking of first year players, the Raptors only 2022 draft pick Christian Koloko could be the big-man down low Toronto has been searching for – only time will tell.

Two other notable additions to the Raptors lineup are Otto Porter Jr. and Juancho Hernangomez.

Porter Jr. was part of the Golden State Warriors championship team last season, but is currently battling a hamstring injury, while Hernangomez was the basketball player known as Bo Cruz, who played aside Adam Sandler, in the Netflix film ‘Hustle’.

“We won a championship and now we’ve kind of stepped back, got hit and fell down a little bit,” Raptors President Masai Ujiri said.

“We’re starting to come up again and we want to go all the way again, right back to where we were.

The first six games of the Raptors regular season won’t be easy.

In fact, their opener Wednesday (on paper) will be the easiest test of the early season.

The Raptors roster features no fewer than three Canadians: