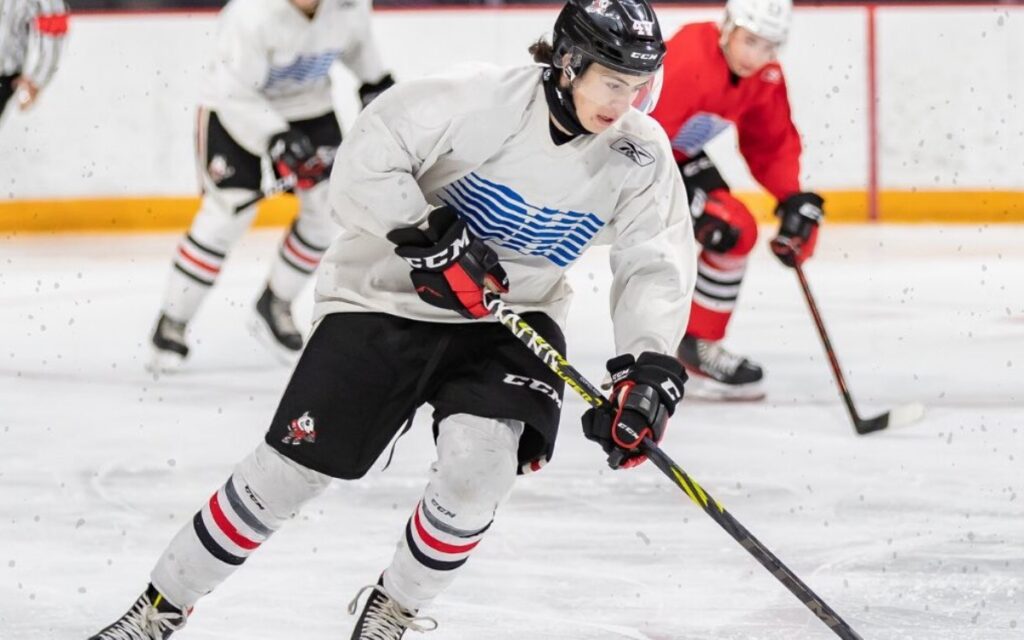 A new era of Niagara IceDogs hockey begins this week with the opening of training camp.

For the first time since 2007, when the franchise relocated from Mississauga, the Burke family will not be involved.

Brantford businessman Darren DeDobbelear purchased the club this past spring, and the Ontario Hockey League (OHL) Board of Governors approved the sale in July.

DeDobbelear brought over a number of connections from his Brantford hockey clubs (Brantford 99ers and Brantford Bandits) as part of his new IceDogs hockey staff, including head coach Daniel Fitzgerald, and former IceDogs forward Andrew Fritsch.

Fitzgerald also had previous connections with the region, working with the St. Catharines Jr. B Falcons.

As for the on-ice product, returning players, 2022 draftees and free-agents, all have the chance to earn a spot with this season’s squad – led by team captain and third year defenceman Landon Cato.

Cato as captain was the first player announcement the new Niagara regime made.

The goaltending duo of Josh Rosenzweig and Joey Costanzo are set to return.

Up front, the IceDogs have three of their top four leading scorers from the forward position back in Pano Fimis, Aidan Castle, and Brendan Sirizotti.

Liam Van Loon and team captain Dakota Betts both graduated from the OHL.

Both DeDobbelaer and Fitzgerald are excited to see the club they can assemble.

“I’m looking forward to getting this going,” said DeDobbelaer.

“I always look forward to seeing players come back. Many times you see a different player than the one that left.

“This week has been months in the making,” Niagara’s new bench boss said.

“From management to the staff to the players. I know we are all excited to get started.

It’ll also be great to have the fans there when we open camp, so this year’s team can build a connection with them immediately.”

Below is the training camp roster as of Tuesday. Team White is on the left. Team Black is on the right. 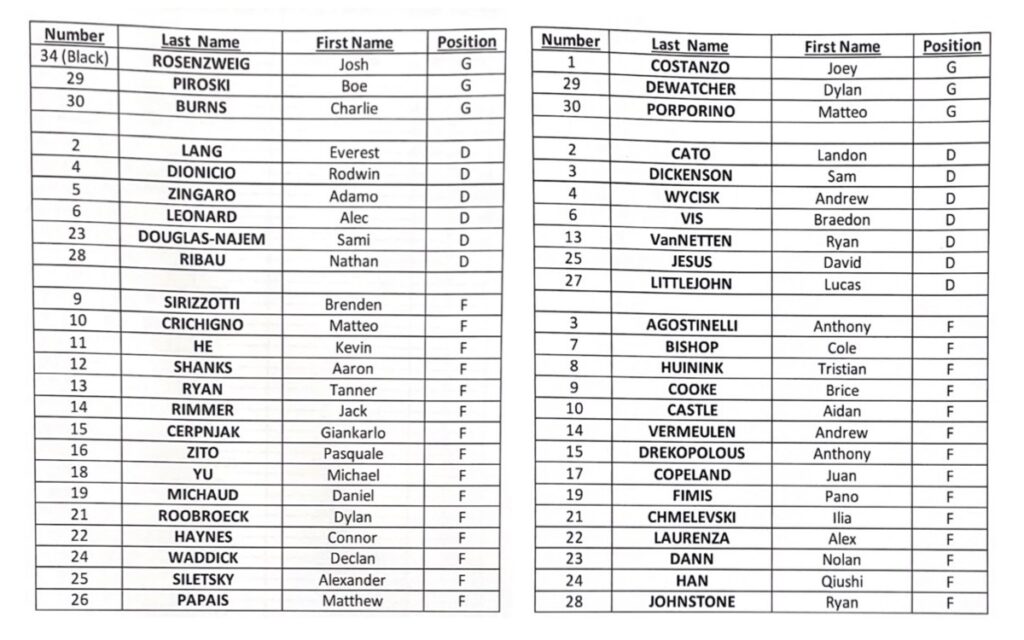 Entry will be through the Rankin Bridge and Box-Office doors only. For more information visit niagaraicedogs.net