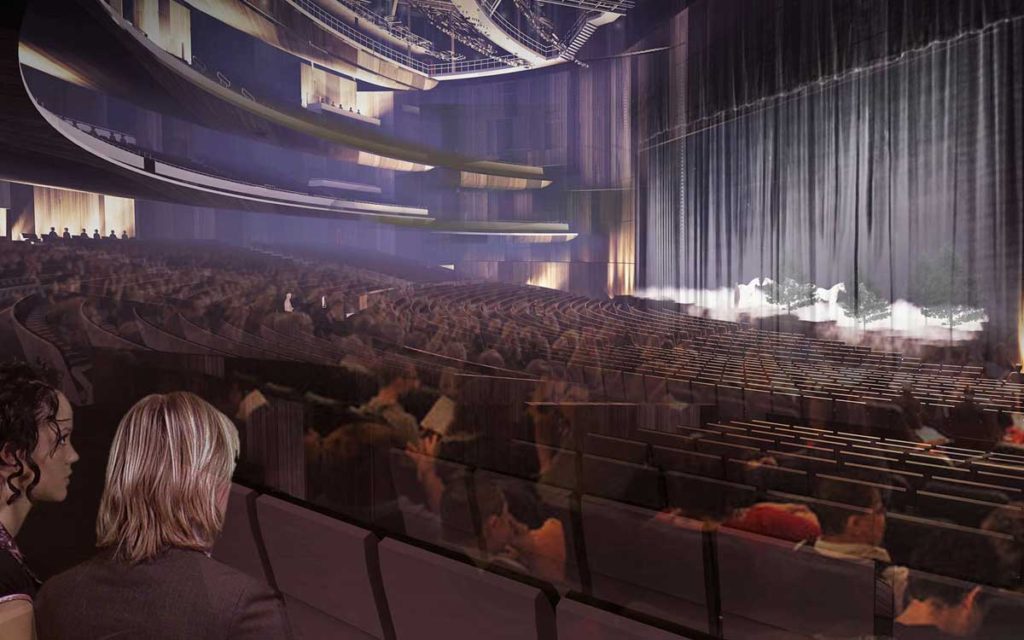 An artist’s rendering of the new 5,000 seat theatre being constructed at the Hilton Fallsview Hotel

Many tourists and local residents have probably been wondering what’s being constructed at the Hilton Fallsview Hotel in Niagara Falls. Most will likely assume that it’s an addition of more rooms or conference space. They would be wrong.

In fact, the Hilton Hotel owners and the Ontario Lottery and Gaming Corporation (OLG) have partnered to build a state-of-the-art 5,000 seat theatre that’s expected to attract A-level entertainment acts, the likes of which Niagara has never hosted before.

The original Niagara Falls gaming procurement process conducted by the Ontario government in 1996 put economic development in the region ahead of strictly revenue growth for the Province.  At the time, the government stated that its objectives were to make a significant and lasting contribution that would increase the sustainable economic benefit from tourism in the City and to act as a catalyst for economic development in the Niagara region as a whole.

The program was initially successful and the two casinos at either end of the tourism corridor incented $2 billion in private sector investment in hotels, restaurants and attractions.  But after this exciting start, economic development seemed to stall.  Gaming never achieved the full potential economic benefit to the community that it could have.  Part of the reason was the inability to attract major ancillary entertainment – the A-Level entertainers, boxing matches, UFC or spectacles like Cirque de Soleil – that could drive Niagara tourism to that next level.  Recognizing this, in 2014 the OLG released an RFP for a private sector partner in the construction and operation of a new entertainment centre.

The OLG, had determined that a new Niagara Falls Entertainment Centre was fundamental to supporting existing gaming operations and creating an exciting non-gaming amenity that would enhance and expand the Niagara customer base.  They believed that a greater entertainment capacity and venue quality would be an effective means of increasing visitation.

The Niagara Falls Hilton group won the tender competition to build what is being touted as a “world class” theatre.  Dignitaries gathered at the Hilton for the official groundbreaking in October 2017. Bird Construction, one of Canada’s leading general contractors, is handling the $130 million dollar project that is expected to be completed in the summer of 2019. Once complete, Niagara’s new casino operator will be responsible for booking the acts. It’s anticipated that well over 100 shows a year will be booked. The theatre will be connected to the Fallsview Casino by a new skywalk. 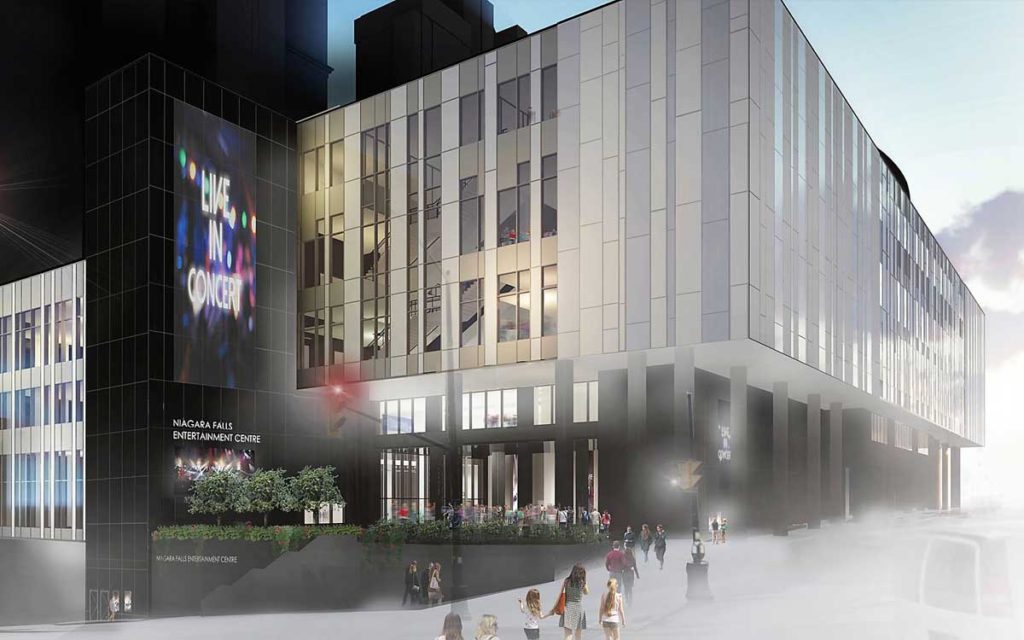 The project has created about 800 jobs and once finished, studies have shown that the new theatre on its own will attract more visitors to Niagara Falls meaning more tourists eating in restaurants, staying at hotels and shopping in stores. The study, done several years ago by Deloitte, said one of the missing pieces in the entertainment puzzle for Niagara Falls was indeed a larger world class theatre.

Niagara Falls CAO, Ken Todd, says this project has been a top priority for city council for a long time. “It will be a tremendous asset for the city of Niagara Falls. City staff have worked closely with everyone involved to have it built on time,” Todd said. “This will take us to the next level of entertainment.” Todd said the city needs to keep adding quality entertainment offerings to keep people coming back to the area. He said it will specifically be of great benefit in the off-season months. “We will have A-list acts playing in the theatre on a Tuesday or Wednesday in February and we’ve never had that before,” he explained.

With casinos in Western New York and possibly one coming to Toronto, Niagara Falls needs to stay ahead of the game. One way to do that is by increasing the entertainment value and options. A theatre like the one being built at the Hilton will certainly be a welcome addition to the tourist landscape in the most famous address in the world.