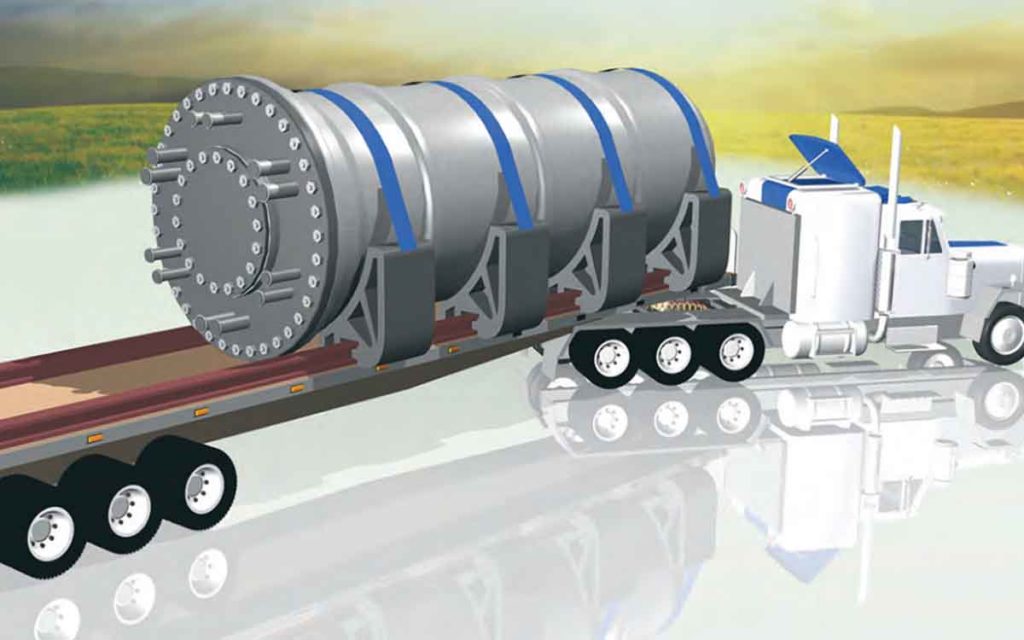 An illustration showcasing a small modular nuclear reactor or SMR.

They’re called SMRs, they will soon be a game changer for the world’s energy sector and Canada is at the forefront of their development.

SMRs or Small Nuclear Reactors have been around for a while, originally designed and built for naval use, but now they are coming online as part of the world’s power generating options. And they bring with them a lot of advantages.

In early December the provinces of Ontario, New Brunswick and Saskatchewan signed a memorandum of understanding to work together to develop SMR technology.  In addition, the federal government has developed the Canadian Small Modular Reactor Roadmap that states using small modular nuclear reactors can help meet Canada’s climate change commitments.

John Gorman is the President and CEO of the Canadian Nuclear Association (CNA) and says SMR technology will greatly benefit both the environment and the economy. Before joining the CNA Gorman spent years in the renewable energy sector and was a climate activist. “I didn’t really know or care much about nuclear,” he admitted. That’s changed.

Most Ontarians probably aren’t aware that 60% of electricity in the province comes from nuclear and has for a number of decades. Gorman said nuclear is a clean electricity source and when combined with wind and solar allowed for the closure of coal plants and as a result the phasing out of “smog days” in Ontario. Nuclear energy is also carbon free.

From an economic point of view there are 76,000 jobs in the nuclear sector and the industry contributes $17 billion to the nation’s GDP every year.

Despite all of the positives Gorman admits that there is still a lot of misinformation surrounding nuclear energy. “The industry needs to become more proactive about getting the information out. The fact of the matter is it’s the safest form of energy, period.”

SMRs are the newest technology coming out of the sector and will play a vital role in producing clean energy around the world. They can be mass produced in factories as opposed to having to build one massive nuclear generating station. “It’s like going from the old main frame computers to personal computers,” explained Gorman.  SMRs can also be sized to the situation they are needed for. As an example an SMR can be sized to produce power for a remote community that currently has to rely on fossil fuels for power. Or they can be sized to be used for energy extraction projects, like an oil sands operation, to produce heat and provide energy. A third example is using a bigger SMR, 300 mega watts, to replace an entire coal plant and attach to the electricity grid.

Local Niagara company E.S. Fox has been a big player in the nuclear energy sector and its president Spencer Fox is excited about the SMR technology and the impact it will have. “E.S. Fox Limited has been working in the Canadian nuclear industry for over 40 years and has made significant investment in personnel, safety, quality systems and technology to serve the nuclear utility operators. We are excited at the prospect of zero emission SMR’s operating in Canada and especially our ability to manufacture SMR’s in Niagara at our Port Robinson facility due to our extensive and ongoing nuclear experience,” said Fox.

While wind and solar energy producing technologies garnered most of the headlines in recent years and have had some positive impacts they are limited to only producing energy when the wind is blowing or the sun is shining. Otherwise they need to be paired with gas or coal. “SMRs do a really good job of supporting wind and solar and being clean,” said Gorman.

Canada is at the forefront of the SMR technology and it bodes well for environmental and economic reasons. “Having travelled around the world I can say Canada is absolutely a leader,” said Gorman. He believes the reason for that is the close collaboration and buy-in from the private sector and governments at both provincial and federal levels. The federal government produced an SMR Roadmap, utility companies across the country have been working together and the three provinces have signed the MOU.

“It’s a massive global market worth about $150 billion a year,” Gorman said. “Canada will play a huge role.”

The trick now will be able to produce SMRs at a cost effective price. “Because SMRs are products rather than massive projects, you need to produce them on a scale that will get cost advantages. One of the reasons Canada will be a leader is due to having multiple clients interested.”

Currently there are 12 different SMR technologies going through the licensing process at different stages.

“I think given the climate crisis the effort to decarbonize is real and it’s gone beyond paying lip service. People are generally looking for solutions.” 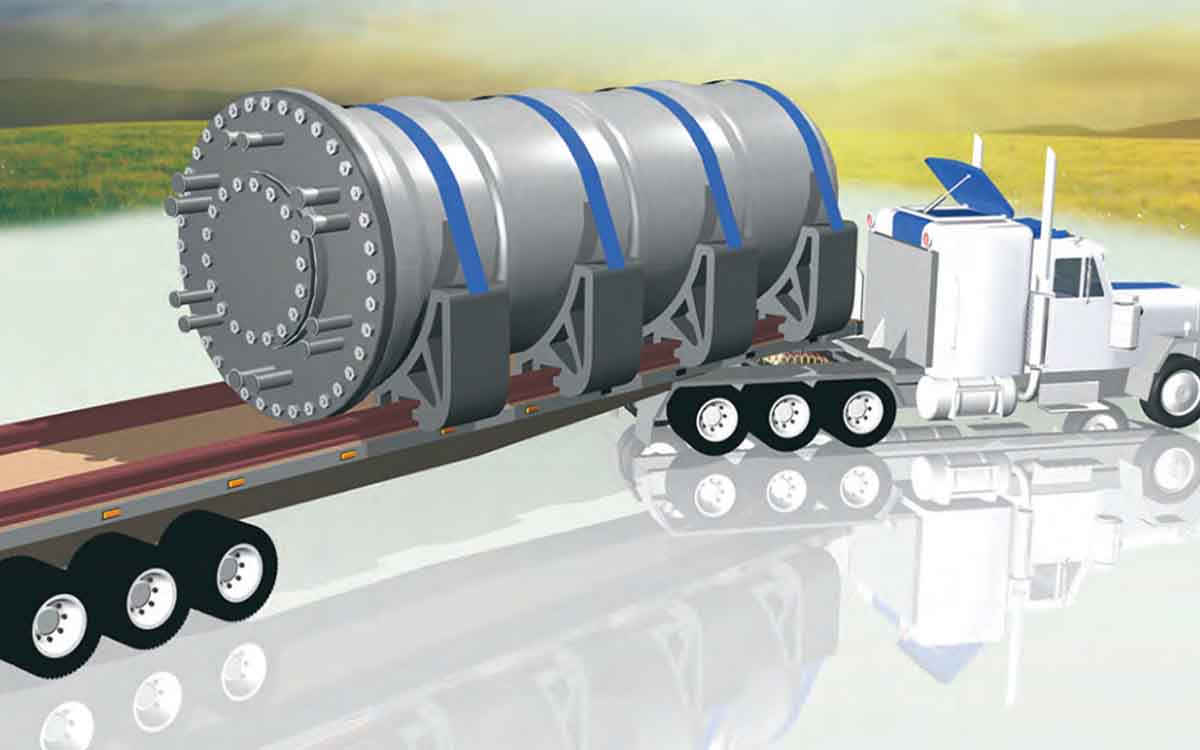