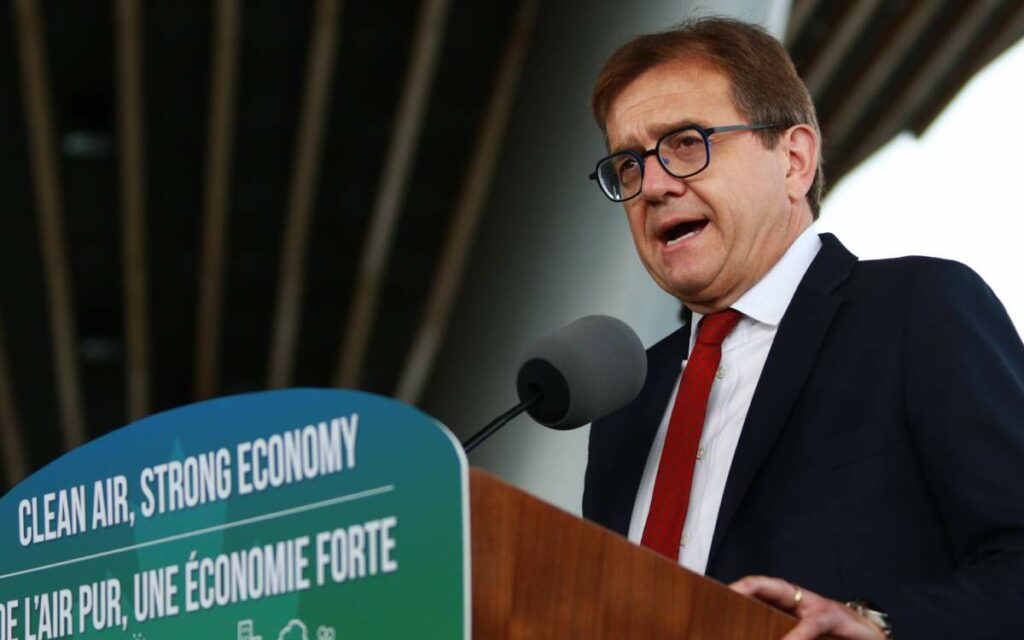 A mere few days into the new calendar, and the Trudeau government has already started prepositioning the introduction of what is called the “just transition” bill. Pictured is Minister of Natural Resources Jonathan Wilkinson. Photo credit: The Canadian Press/Chad Hipolito

The start of a new year is viewed as a blank slate, masked in the spirit of hope and optimism. The accumulation of problems that occurred yesteryear are traded in when the clock strikes midnight, and the calendar page is flipped. For most of the general population, the commitment to those “new year, new you” resolutions are well underway.

And yet, the same problems persist for the Canadian oil and gas sector that seems to be under constant threat, no matter what year it is. A mere few days into the new calendar, and the Trudeau government has already started prepositioning the introduction of what is called the “just transition” bill.

What is “just transition”, you ask? Unless you are an expert on climate policy, it’s unlikely that you’ve come across this term before.

According to the Climate Justice Alliance, it is “a vision-led, unifying and place-based set of principles, processes, and practices that build economic and political power to shift from an extractive economy to a regenerative economy.”

The Minister of Natural Resources’ mandate letter calls for “just transition” legislation to ensure support for communities to create more economic opportunities for workers and families into the future and in all regions of the country.

In an interview with CBC News, the Minister himself said it’s an “action plan for sustainable jobs”. He goes on to add that, “I am actually quite worried that there are so many opportunities … we will not have enough workers to fill the jobs.”

Short on concrete policy details, we are left instead to interpret a bunch of buzzwords and try and make sense of what, if any, economic implications there will be for the Canadian natural resource sector and its tens of thousands of employees.

The Trudeau government has made no secret that it’s all in on renewable energy. From battery plants to investments in clean power generation, there is a commitment to cut oil and gas emissions and create so-called “green jobs”.

As industry increasingly leads the charge on the development of electric powered vehicles, and both federal and provincial governments provide incentives, it makes sense that there is a need for skilled workers to help meet demand in this emerging sector.

But two things can be true at the same time. We can invest in training and upskilling workers for the realities that come with shifting economic realities without demonizing Canada’s oil and gas sector that plays a critical role in powering Canada’s economy and maintaining well-paying, high-quality jobs.

For a government that has failed time and again to meet its own climate targets, it seems unlikely that the “just transition” bill will be rooted in anything more than the kind of wedge politics that constantly pit rural and urban communities against each other. In fact, the bill itself is likely to appeal more to suburbanites living in Canada’s largest urban centres, rather than the rural communities that depend on the resources sector to fuel their local economies.

New year, same old political tricks. Much like those resolutions mired in so much hope and optimism that are all but abandoned as the days slowly get longer and the snow melts to slush, you can expect wedge politics to continue to commandeer public policy outcomes in 2023.