NFL season at the halfway mark 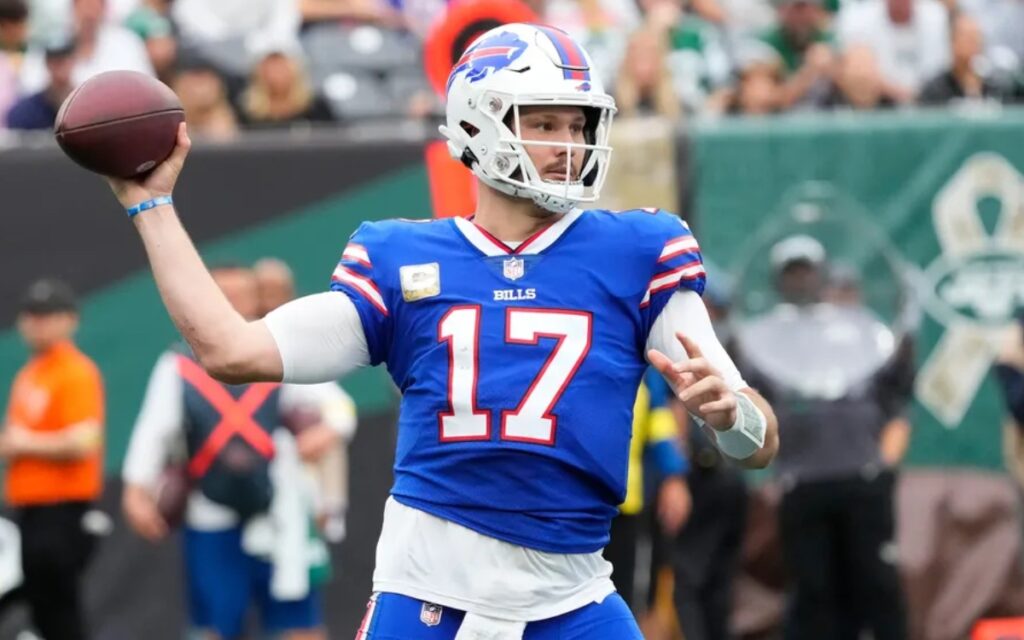 As the National Football League officially hits the halfway point of its 17-game regular season, it’s time to look at the 32 teams that make up the NFL.

In the American Football Conference (AFC) the Buffalo Bills and Kansas City sit atop the standings both with identical (6-2) records.

The Bills of course are coming off Sunday’s surprising 20-17 loss to the New York Jets, while KC outlasted the Tennessee Titans 20-17 in overtime.

Buffalo has the tiebreaker over Kanas City, picking up a convincing win at GEHA Field in Missouri last month.

Believe it or not, the next two teams – standings wise – both call the AFC East home with the Bills.

The aforementioned Jets and Miami Dolphins sport (6-3) records, and both have wins over Buffalo.

Throw in the (5-4) New England Patriots and the AFC East is clearly the top division in the NFL, with all four of its teams above .500 on the season.

As for the National Football Conference (NFC), again two teams are tops.

The NFL’s only undefeated team in the (8-0) Philadelphia Eagles, and the (7-1) Minnesota Vikings.

And much like the AFC, the east division shines brightest in the NFC.

Let’s dig a little deeper and look into NFL’s top offensive and defensive players and their teams.

Who has thrown for the most yards, and touchdowns, in the league thus far?

No surprise in Kansas City’s Patrick Mahomes with 2,605 yards, and 21 touchdowns.

As for receiving, former KC slot receiver Tyreek Hill has made the move to Miami a positive one.

Hill leads the NFL in receptions with 76 and receiving yards with 1,104.

Tennessee’s Derrick Henry leads in rushing yards (870), attempts (183) and is second in touchdowns with nine to Cleveland’s Nick Chubb with 10.

Most so-called football experts and pundits say defense wins championships, so let’s turn to the defensive side of the ball.

Philadelphia’s C.J. Gardner-Johnson tops the league in interceptions with five.

New England’s Matt Judon is the current sack leader with 11.5 on the season.

Those same experts and pundits mentioned above are still picking a Buffalo – Philadelphia Super Bowl come February in Glendale, Arizona.

Buffalo has a tough test at home against the Vikings next week, and as of late Monday quarterback Josh Allen was undergoing tests for an elbow injury on his throwing arm apparently sustained late in Sunday’s loss to the Jets.

Philadelphia has a much more favorable schedule, but two games in December against the Giants, coached by Welland-born Brian Daboll, might decide on whether their perfect schedule remains intact.