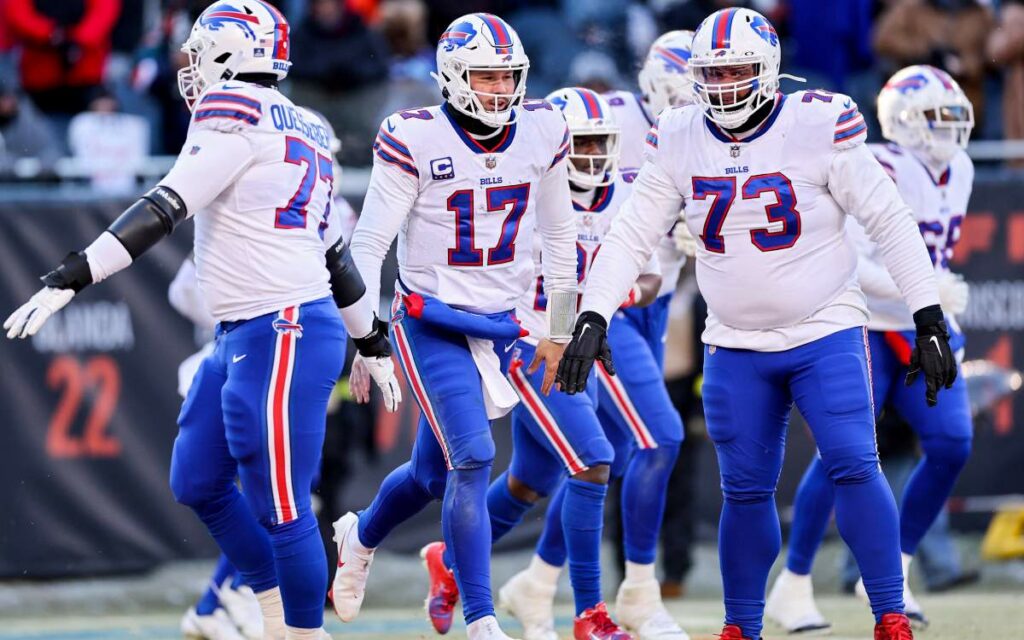 First, let’s discuss how we got there, because the 2022-23 season was certainly not a normal one.

And for the first time in league history a game was suspended ‘in-play’ after Damar Hamlin suffered a cardiac arrest in last Monday’s Bills-Bengals showdown from Cincinnati.

The cancellation of that game could see further history early here in 2023, as the AFC Championship Game could be played at a neutral site location.

Buffalo was holding down the top seed before kickoff last Monday, but because they didn’t play that game, they had to settle for the second seed in the American Football Conference, while the Bengals finished third.

That meant (14-3) Kansas City was the top-seed, and earned a first-round playoff bye.

Elsewhere Sunday night, the Detroit Lions found out 45 minutes before their game against Green Bay that they were officially eliminated from postseason contention – so what did the Lions do? Go out and eliminate Aaron Rodgers and the Packers with a 20-16 victory.

Let’s start close to home here in Niagara, where the aforementioned Bills will take on the seventh-seeded Miami Dolphins Sunday afternoon in the Queen City.

The Bills were (1-1) against the Dolphins this season, and this one will not be a cake-walk for emotionally charged Buffalo who have won seven in a row entering the playoffs.

The Bengals are peaking at the right time, and with the ultra-competitive Joe Burrow at quarterback for Cinci – the homeside should prevail.

Let’s not forget the Bengals were the AFC Super Bowl representative last season.

The Jaguars have won five in a row.

To the NFC, where the (14-3) Philadelphia Eagles earned the top-seed and first round playoff bye.

San Francisco is the second seed, and the hottest team in the NFL entering the postseason having won 10 in a row.

The 49ers will face seventh-seeded Seattle in the first game of the weekend, Saturday at 4:30pm.

The Seahawks sneaked into the playoffs after the Packers lost the Sunday nighter to Detroit.

Third ranked Minnesota meets the number six New York Giants Sunday night. Many have called the Vikings pretenders all season long. Can the Welland born Brian Daboll lead the Giants to victory? I think he can.

Number four Dallas, who were embarrassed by Washington to close out its regular season, takes on Tampa Bay on Monday night.

The Buccaneers (8-9) won the NFC South, and are the only team with a below .500 record to qualify for the playoffs.

However, Tom Brady is Tom Brady, and the Cowboys have been inconsistent if not Jekyll and Hyde all season long.

We know the National Football Conference goes through the City of Brotherly Love, Philadelphia Pennsylvania, but the AFC is still up in the air where a neutral site could host the championship game.