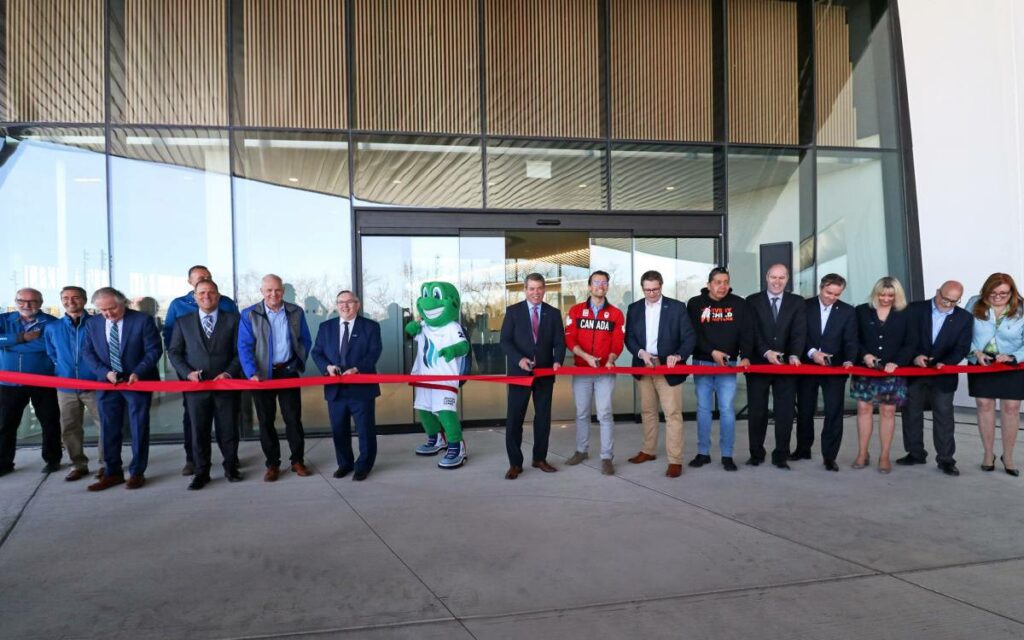 The national sports competition will take place at various venues around the region from August 6 to 21. Pictured: officials cut the ceremonial ribbon at the Walker Sports and Abilities Centre, Apr. 22, 2022. Photo credit: Twitter/Brock University

The Walker Sports and Abilities Centre and the Canada Games Park in Thorold are now officially open and organizers are ready to kick off this year’s Canada Summer Games.

After a 21-year hosting absence, the 28th edition of the Canada Games returns to Ontario, just the third time in history the province has hosted the competition.

The Canada Games focuses on developing young athletes and para-athletes from across the country in various sporting events. The Games take place every two years, alternating between Summer and Winter Games. Niagara’s Summer Games was supposed to take place last year but due to the pandemic it was pushed back, it’s now set to run from August 6 to 21.

The Games will allow Niagara to showcase itself to all of Canada, while also setting up a long-term structure for future athletes in the community. The vision for the Games is to “inspire, transform, and unify”, which can be physically seen through the transformation of some buildings across the region.

“The 2022 Canada Games have facilitated new builds and improvements to existing infrastructure throughout the Niagara Region which is changing the landscape of available sport and recreation facilities for residents to enjoy for many years to come,” said Doug Hamilton, Board Chairman of Niagara 2022 Canada Summer Games.

“These new and upgraded facilities will not only provide greater access to sport and recreation for our community but will enhance Niagara’s ability to host future national and international sporting events like the World Rowing Championships which will be hosted in St. Catharines in 2024,” Hamilton said in an email exchange.

This year’s Games are expected to welcome over 5,000 participants from different provinces and territories. The competition includes 18 different sports, from athletics to baseball and basketball. There will also be an inaugural rugby sevens competition, as well as the return of lacrosse to the Games after not being featured for 37 years.

There are a number of ways for members of the community to still get involved. The Games are volunteer-driven and over 3,200 volunteers have signed up already, but organizers are looking to fill 4,500 positions. Volunteer opportunities include sport operation, food services, merchandise sales, event services, and media relations.

The Games also integrate young students from JK to grade 8 through The Catch the Spirit educational program, an initiative that engages youth through presentations. The program is available in both English and French for schools in the region.

“The different units of the Catch the Spirit program include Arts and Culture, Goal Setting and Leadership, Healthy Living and Sport, Official Languages, and Unifying Canada. These are the five overarching themes of the Canada Games, and each of these units are designed to help inform students,” said Hamilton.

The Canada Games Park is located across the street from Brock University, making it a key contributor and partner of the Niagara 2022 Canada Summer Games. The university will host events such as swimming, diving, cycling’s criterium, and the aforementioned Canada Games’ first-ever rugby sevens competition.

Brock University will also serve as the Athletes Village and house all participants over the event’s two weeks.

To celebrate the start of the event’s 100-day-countdown, on Thursday organizers revealed the medal design for the Games.

You can check out the design and learn more about its inspiration and meaning by clicking here.