Niagara Continues to be a Lacrosse Hotbed 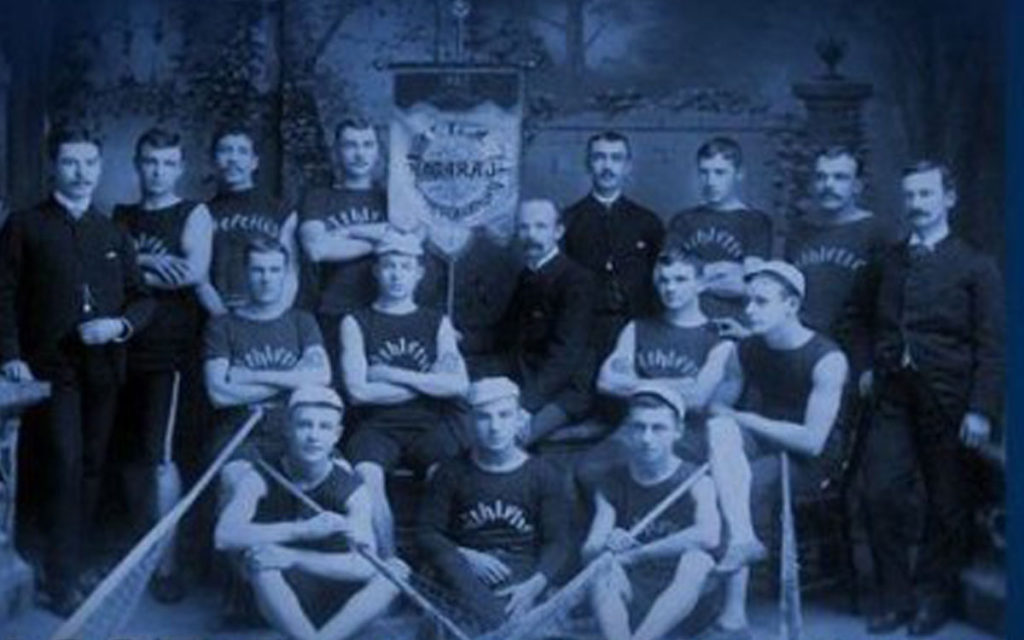 How many people across Niagara know the Ontario Lacrosse Hall of Fame is located in St. Catharines? Or that the St. Catharines Jr. A Athletics have been around since 1877?

The Jr. A Athletics lacrosse club is one of the oldest sporting traditions in all of Canada.

“The Jr. A Athletics have won the prestigious Minto Cup, symbolic of the national junior A championship, on six occasions,” said Athletics team president Paul Coates.

And while the A’s (as they’re known) play in the 11-team junior A loop, three junior B teams from the Region make up the 25-team Ontario Junior B Lacrosse Association.

The St. Catharines Spartans, Niagara Thunderhawks (who play out of Niagara-on-the-Lake) and Welland Generals are all feeder teams for the Athletics.

No fewer than 13 Niagara born players now ply their trade in the NLL – National Lacrosse League.

Add in coaches and managers, and all said close to 20 individuals with ties to the Region are involved in the top lacrosse league in the world.

Lacrosse roots run deep. It’s called the “Creator’s Game” by the indigenous who are said to have founded the game as far back as 1100 AD.

As of 2017 almost 1,000 people across Niagara were involved in the sport of lacrosse.

The three minor programs in the Region – the St. Catharines Minor Athletics, Welland Raiders (who are now playing out of Pelham) and the Niagara Thunderhawks Minor Lacrosse Association have teams playing either box, field, or girls’, lacrosse.

Add in Brock Badgers lacrosse, a team that is continually fighting for top-spot in USports (Canadian University) and the numbers are even greater.

Heading into their 2018 season, which opens on May 18 in Brampton, the St. Catharines Jr. A Athletics have eight players representing NCAA schools south of the border.

“I love the game of lacrosse,” said Ham, a Newmarket native. “I love the intensity and physicality of the game. It’s an amazing sport to play in the off-season. Lacrosse helps with my conditioning and hand eye coordination. It has given me many great opportunities to play for my province, and for my country.”

So if you’re looking to check out a new sport this summer you might want to try lacrosse – Canada’s national summer sport.

The St. Catharines Jr. A Athletics play all of their home games at Jack Gatecliff Arena.

The St. Catharines Spartans play all of their home games at Merritton Centennial Arena.

Check out www.spartanslacrosse.ca for more information on the Spartans.

The Niagara Thunderhawks play all of their home games the Meridian Credit Union Arena in Virgil.

Google “Welland Generals” to find about more about the Rose City’s entry in local junior B lacrosse.

Niagara Continues to be a Lacrosse Hotbed