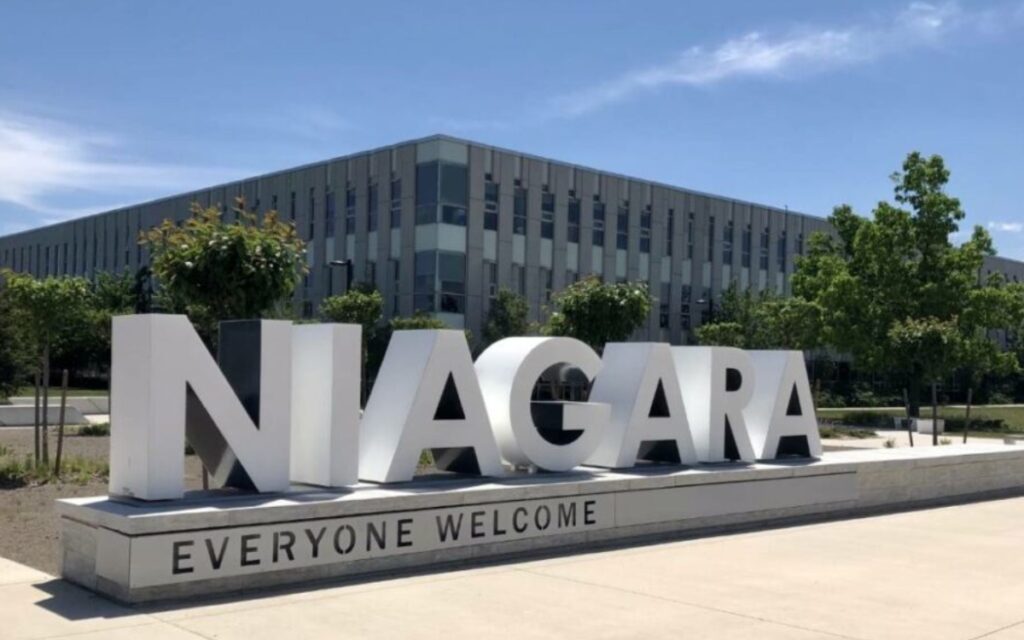 There are a few exceptions, however. Former St. Catharines regional councillor Bruce Timms is spearheading third-party efforts to push for double duty councillors. While Kevin Maves, former DSBN trustee and current regional council candidate in Niagara Falls, has put forward a proposal that would cut politicians in Niagara from 126 down to 66. Photo credit: The Niagara Independent

It has almost become a pastime that during each municipal election a plethora of candidates campaign on municipal reform.

After winning his first majority government in June of 2018, Premier Doug Ford, a former Toronto councillor himself and brother to former Toronto mayor Rob Ford, acted immediately to cut the number of Toronto politicians in half, one councillor for each of the city’s 25 wards (instead of two per ward).

At the time, Ford often specifically centred out Niagara as ripe for reform.

“What we’re trying to do is reduce the size and cost of government right across Ontario,” he said at the time, responding to a question about whether the region of Waterloo will be amalgamated. “And I’ll give you one example. I was in Niagara region, and I spoke to so many business owners that were frustrated. Would you believe Niagara region, they have 500,000 people, they have 118 politicians. Toronto has 25 with 2.8 million.”

While his numbers slightly were off, the point was made, and Niagara was in a tizzy.

Niagara-on-the-Lake mayor Betty Disero, herself a former Toronto city councillor, notably remarked, “You can tell by what happened in Toronto that the number of politicians is certainly on the top of mind for him.”

Factions arose on almost every side, for and against reform. Most prominent of which were a St. Catharines-based group pushing for full, wholesale amalgamation of Niagara into one large city, and another group which sought to eliminate the Region, assigning its responsibilities to four amalgamated cities loosely matching provincial and federal riding boundaries.

But nothing came of it. Following Ford’s second majority in June of this year, again the politicos in Niagara were all expecting that Ford would likely do to Niagara what he did in 2018 to Toronto. But Ford took no action prior to the current municipal elections.

The Independent staff notes one group, led by former St. Catharines Regional Councillor Bruce Timms, self-monikered as “Modernize Niagara”, has taken out ads and tried to make municipal reform an issue. This group, and Timms on his own website brucetimms.com, advocates for a citizen elected Regional Chair and fewer politicians. A long-time pet project of the veteran councillor, Timms proposes introducing a Halton model to Niagara wherein several city councillors cross over and do double duty, serving as regional councillors too.

The Independent’s scan of Niagara’s various candidates found a firm commitment to reduce politicians across Niagara by regional councillor candidate Kevin Maves in Niagara Falls. Like Timms, Maves supports a proposal that utilizes double direct to reduce regional politicians but also cuts politicians at all city councils across the region.  His proposal purports to reduce Niagara’s politicians from the current 126 to just 66.

Maves commits, “If elected I will ask the Region to petition the provincial government to consider the changes proposed or something similar, to reduce the size of all councils.”

Reducing politicians seems to be a no-brainer for most Niagara citizens – unless you’re an elected official, apparently.