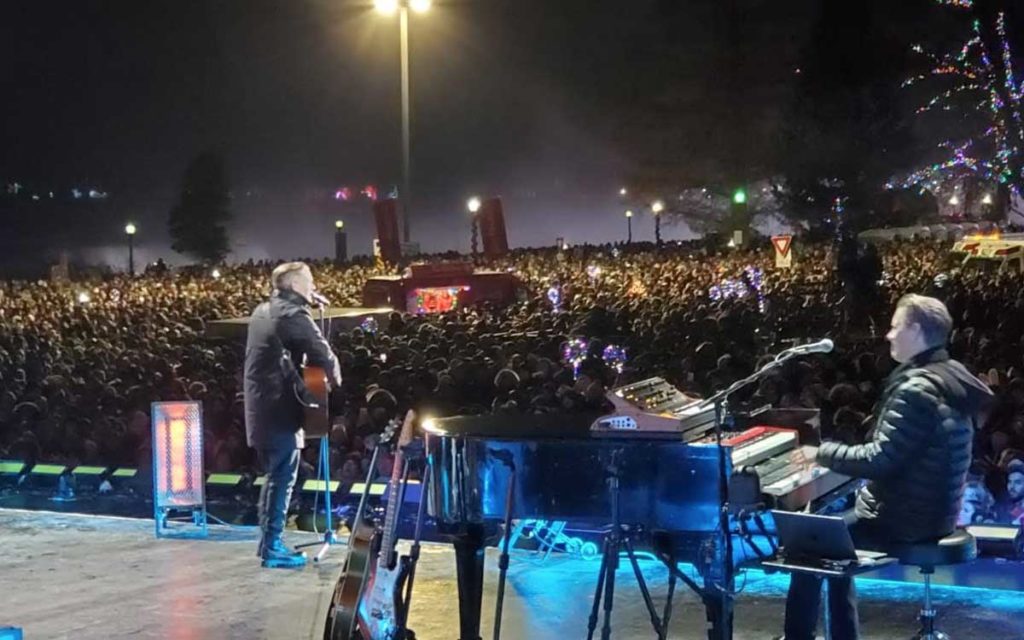 An estimated 60,000 people jammed Queen Victoria Park and surrounding areas in Niagara Falls on New Year’s Eve to ring in 2020 with Canadian rock icon Bryan Adams. Billed as one of the best New Year’s Eve concerts the city has hosted the large crowed danced, clapped, smiled and sang the lyrics to iconic Adams’ hits right up until midnight. City and Parks Commission leaders couldn’t have been happier.

“It was incredible,” said Niagara Parks Commission board chair Sandie Bellows. She said the people she was with hadn’t been to Niagara Falls for its annual New Year’s Eve celebration and they came away very impressed. “They just couldn’t believe it. The set up, the production plus the festival of lights, it was incredible.”

Bellows said all the credit goes to the staff and leadership of the Niagara Parks plus the city staff and officials. “It was so well organized. The hours of work involved is incredible.”

Surprisingly, for the first time in at least a decade, the Province’s Minister responsible for tourism made the trip to attend the festivities in the Falls. Lisa MacLeod, Ontario’s Minister of Tourism Culture and Sport said the financial support of the province for the event is strategic and creates a great return on investment for a first-class show. “I had a great time and it was so nice to showcase Ontario and Niagara Falls to the world,” said the Minister in an interview Thursday afternoon.  She said the province invested $1 million into the New Year’s concert and festivities and the return to the city with 60,000 visitors is about $16 million. MacLeod said her Ministry, “targets our investments in a precise way like in Niagara Falls on New Year’s Eve.” Stating that with the right targeted investments around the province revenue is generated that can go back into areas like healthcare and education. But Tuesday night was all about fun and celebration. “I was really happy to be there. I have a lot of praise for the people who organized that event. The musical talent was great and it was just a magical night.”

Those comments are certainly music to the ears of the city’s mayor Jim Diodati who said it was a great way to bring in the next decade. “We were told by the Parks Police that more than 60,000 people were in attendance and I can tell you first hand by being down there the crowds were enormous and they kept pouring in right up until midnight from all directions.”

The Parkway was closed to vehicular traffic and Diodati said it was just a sea of pedestrians where cars normally would be. “It was packed with people right to and up Clifton Hill and the other direction all the way up Murray Hill and across the street the crowds were absolutely enormous.”

The mayor pointed to a couple of factors that lead to such a large crowd. “Number one was we had great entertainment and the weather was absolutely perfect.” Diodati said it was cold enough that the ground was hard and not muddy but not too cold like in past years when it was minus 20 or minus 30.

Despite the massive crowds there were no major incidents reported.

Bellows and Diodati both said the planning and talk for next year has already begun. 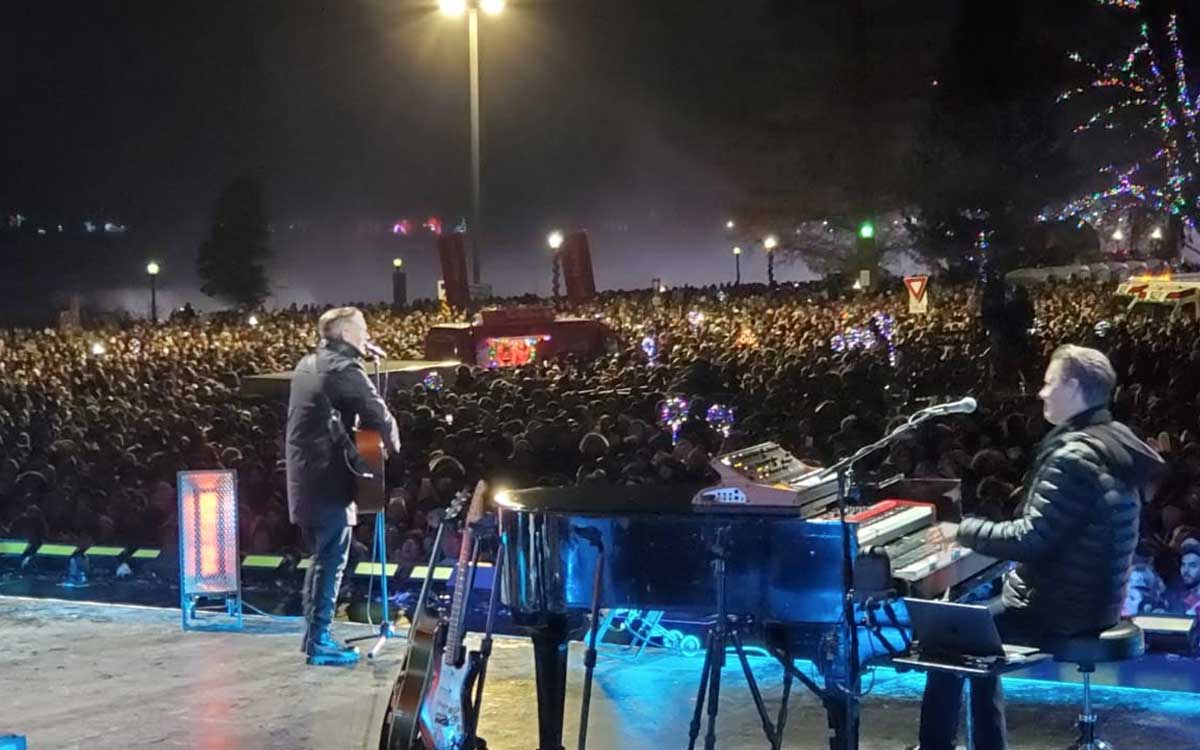