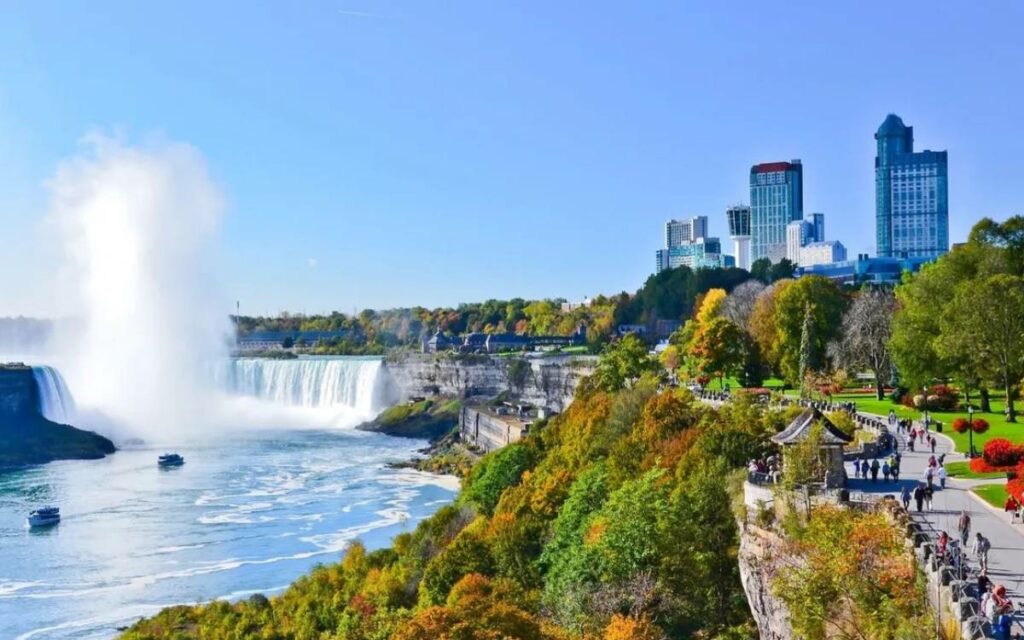 Two recently released reports from the Canadian and American governments will guide discussion at the forum, including the State of the Great Lakes 2022 Report, which indicates drinking water across all five lakes is “good”.

The fourth triennial Great Lakes Public Forum will take place at the historic Crowne Plaza Fallsview Hotel in Niagara Falls, Ontario next month from Sept. 27 to 29.

The three-day summit, hosted by the International Joint Commission (IJC), will bring together experts and government officials from both Canada and the United States, alongside members of the public, to discuss various issues related to the implementation of the Great Lakes Water Quality Agreement (GLWQA).

Anyone can attend and registration is free.

“Protecting the Great Lakes can only be achieved by working together,” Minister of Environment and Climate Change Steven Guilbeault said in a statement announcing the Niagara Falls forum last Friday.

“With our American friends and neighbours, we have had incredible success in cleaning up the Great Lakes from pollutants, while reducing farm run-off and protecting species at risk. This was made possible by concerted action and advocacy, but much yet remains to be done.”

First signed in 1972, and later amended and expanded in 1987 and 2012, the GLWQA works to ensure the five freshwater lakes and connecting tributaries that straddle the Canada-U.S. border in mid-east North America remain drinkable and habitable for humans and non-human animals alike, now and into the future.

Per the expanded 2012 agreement, the IJC must host a binational forum every three years to discuss progress and next steps. The previous two meetings were held in Milwaukee and Toronto in 2019 and 2016, respectively.

“Over the past fifty years, the United States and Canada have made tremendous progress working together to protect the Great Lakes and support a thriving regional economy,” said Minister Guilbeault’s American counterpart, Environmental Protection Agency Administrator Michael Regan.

“Through our strong partnership with Canada and additional Great Lakes Restoration Initiative funding from the Bipartisan Infrastructure Law, we remain committed to safeguarding this shared treasure for present and future generations.”

As mentioned by Regan, back in February U.S. officials announced $1 billion in additional funding from the Bipartisan Infrastructure Law to help accelerate urgently needed clean-up efforts around the Great Lakes, including, locally, the Niagara River.

The river, which bypasses Fort Erie, Niagara Falls, and Niagara-on-the-Lake on the Canadian side on route to connecting Lake Erie to Lake Ontario, is one of five binational “Areas of Concern” first designated by the Great Lakes Water Quality Agreement back in 1987.

Two recently released reports jointly published by the Canadian and American governments will guide discussion at the September summit in Niagara Falls, the State of the Great Lakes 2022 Report and 2022 Progress Report of the Parties.

In sum, according to the former, the present state of the Great Lakes as a whole – as assessed through nine general indicators of ecosystem health – is “fair” and exhibits an “unchanging” trend (i.e., not getting worse over a decade of observation).

“There has been tremendous progress to restore and protect the Great Lakes, including the reduction of toxic chemicals, and a reduction in the establishment of new non-native aquatic species,” reads the document. “However, some indicator assessments demonstrate that there are still significant challenges, including the impacts of nutrients, especially in Lake Erie and localized areas, and the impacts of invasive species.”

In addition, beach-going remains relatively safe across the Great Lakes, fish consumption is generally harmless, and concentrations of many toxic chemicals continue to decline.

Members of the public are encouraged to read each report in full and, if interested, can register to participate in the upcoming forum here. Registration must be complete before Sept. 5, 2022 to attend.