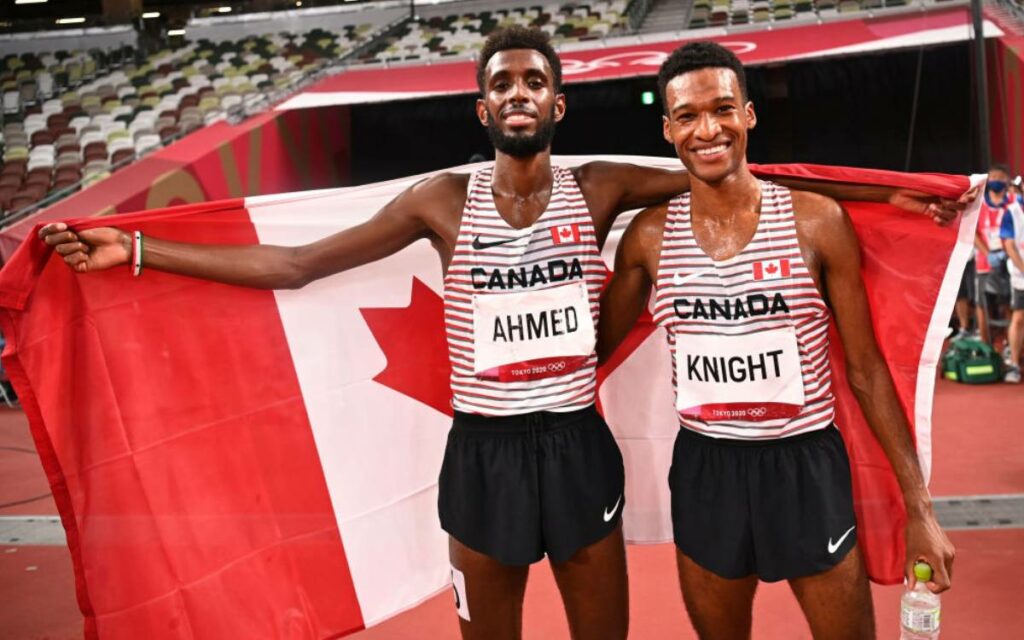 It was an Olympics to remember, for more reasons than one.

Despite declaring a state of emergency the week before the games began, Tokyo pulled off a pretty impressive Olympiad – even if it was a year late due to the Coronavirus pandemic.

Canada finished 11th in the medal standings with a total of 24, including seven gold, six silver and 11 bronze medals. The 24 medals won by Canadians mark the best finish at the Summer Games outside of the 1984 boycotted Los Angeles Olympics.

Two of those 24 medals were won by Niagara Olympians.

Thirty-three year old Kristen Kit of St. Catharines coxied the Women’s Eight Rowing crew to gold, while Mohammed Ahmed, who also calls St. Catharines home, captured silver in the 5000 metres, becoming the first Canadian ever to medal in that event.

“From the bottom of my heart, I’m just grateful and want to thank everyone (back home) for the support,” said the 30-year-old Ahmed when contacted by the Niagara Sports Report.

Kit echoed many of Ahmed’s comments when asked about her Niagara connections.

“I’m just really proud to be a Canadian. We did this for Canada. From the west coast to the east coast. Individually, I am really proud to represent St. Catharines.”, Kit said.

There was another local connection that was golden in Tokyo.

Quinn, the first non-binary person to medal at the Olympics, was part of the gold medal women’s soccer team, and has family connections in Niagara-on-the-Lake.

Other highlights for the red and white in the land of the rising sun included Penny Oleksiak, who became the most decorated Canadian Olympian ever after winning three medals in 2021. The 21-year-old has a total of seven medals in her illustrious career.

Andre De Grasse sprinted to three medals, a gold in the 200-metre, and bronzes in the 100-metre and 4X100 metre relay finals.

Speaking of impressive performances on the track, Canadian Damian Warner earned the title of “The World’s Best Athlete” after winning gold in the decathlon. Warner, who also carried the flag for Canada in the closing ceremonies, finished with an Olympic record 9, 018 points over 10 events.

The Paralympics are up next as another St. Catharines native, Laura Court, will cox the PR 3 four crew. The 24-year-old Court is a proud graduate of Ridley College and Brock University in the Garden City.

“In my opinion, this is the best result Canada has ever had at the Olympics,” said the three-time Olympic champion.

Let’s not also forget, many future Olympians will be plying their sports next summer here in Niagara for the 2022 Canada Summer Games.

“We’re in great shape, and ready for 2022,” former Canadian Olympian himself and the Chair of the Canada Summer Games Doug Hamilton said.