Niagara icebreaker keeps the power on 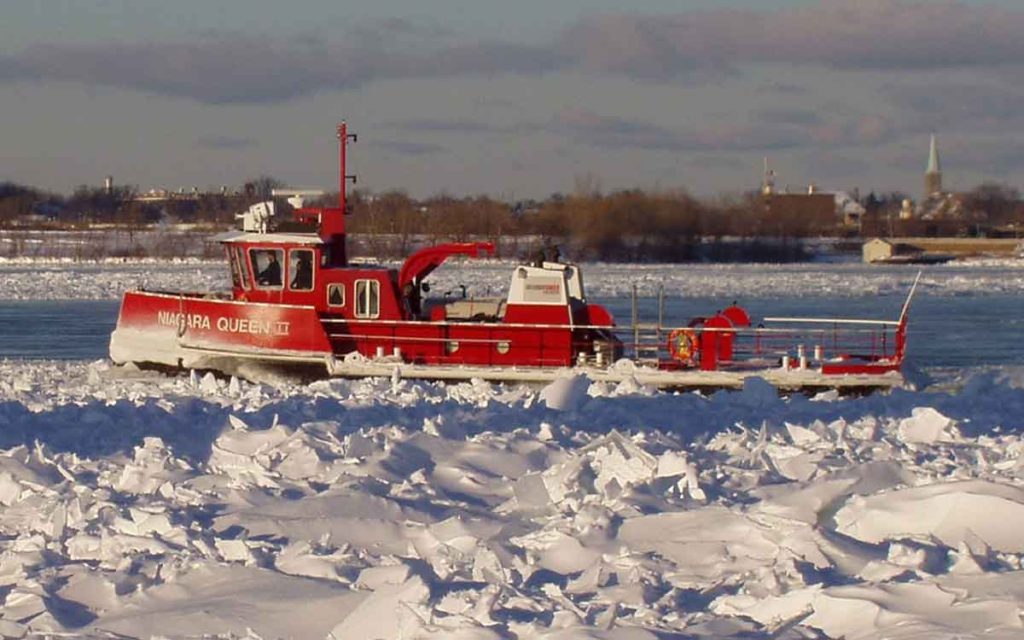 The Niagara Queen II breaks through ice in the Niagara River

While Niagara residents try and stay warm during this recent deep freeze, the Niagara River needs to keep its waters flowing in order to supply power to the province and electricity to homes and businesses. A frozen Niagara River can quickly cause a problem, from flooding to power failure. Enter the Niagara Queen II, an 85-tonne vessel, powered by two 1,720-horsepower diesel engines, the icebreaker smashes through the frozen waterway ensuring the rivers icy waters continue to flow.

First commissioned in 1992, the small, dependable icebreaker, owned and operated by Ontario Power Generation (OPG), helps keep the water flowing to OPG’s Adam Beck hydroelectric stations, which generate more than 2,000 megawatts of power for the province.

The Niagara Queen II can deploy a number of different tactics to get the job done, depending on the type of ice, how fast the water is flowing and the wind and weather conditions. Recently it has been running around the clock. OPG’s Director of Corporate Communications, Neal Kelly said that heavy winds off Lake Erie have been pushing more ice over the Niagara River ice boom.  “The boom is situated across the river between Fort Erie and Buffalo and holds most ice back, but when it’s windy, some ice jumps the boom and heads down the river,” explained Kelly.

The New York Power Authority also has an icebreaker, the William H. Latham, and the two vessels will work in tandem to keep the water flowing. Of particular concern is ice that gets bottled up on the Grand Island side which can cause flooding in the town of Tonawanda.

OPG’s predecessor, Ontario Hydro, first began deploying an icebreaker in the early 1960s with the Niagara Queen, a modified tugboat icebreaker. Today, depending on the location and severity of the ice problem, OPG can call upon the Queen II or its larger American cousin.

The Latham has a spoon-shaped bow and can break up a large field of ice by riding on top of it, whereas the Queen II has a knife-edged bow better suited for slicing through ice, especially near the intakes.

The operators of the Queen Niagara II are OPG employees who apply to be a part of the crew. According to Jessica Polak, V.P. of Operations for OPG, every crew member goes through rigorous training including operation of the vessel, recovery and safety drills. The crew members are mostly industrial mechanics by trade.

In the grand scheme of things, the 2,000 megawatts that the Adam Beck stations supply is a significant amount. Niagara has the capacity to supply up to nine per cent of the province’s total electrical supply. So if the river isn’t flowing, it can cause a significant problem.

How and when the icebreaker is deployed is decided by employees at OPG’s Niagara River Control Centre (NRCC) who regulate the flow of water in the Niagara River and over Niagara Falls. In the winter, this also involves monitoring for ice buildup in the river, in an area called the Chippawa-Grass Island Pool, upstream from the control centre. The Centre is equipped with cameras and a new radar system that provides OPG’s hydroelectric operating supervisors with detailed ice intelligence and weather system monitoring. “There is a lot of assessment and analysis that is ongoing,” said Polak.

If ice threatens to clog the hydroelectric intakes that deliver water to the stations downstream, the NRCC team will call on the Niagara Queen II and its three-person crew – a captain, an engineer, and a deck hand – to deal with the problem.

Depending on the weather, a typical winter sees the icebreaker running for 300 to 400 hours in a season, and it can be out clearing ice as early as Dec. 20 and as late as May.

While the current deep freeze maintains its icy grip on Ontario, the crew of the Niagara Queen II continues to brave the frigged temperatures to keep the waters moving and the electricity flowing.

Niagara icebreaker keeps the power on 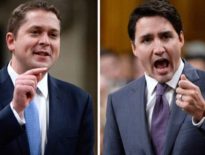 Opinion A balanced budget lasts longer than a crash diet