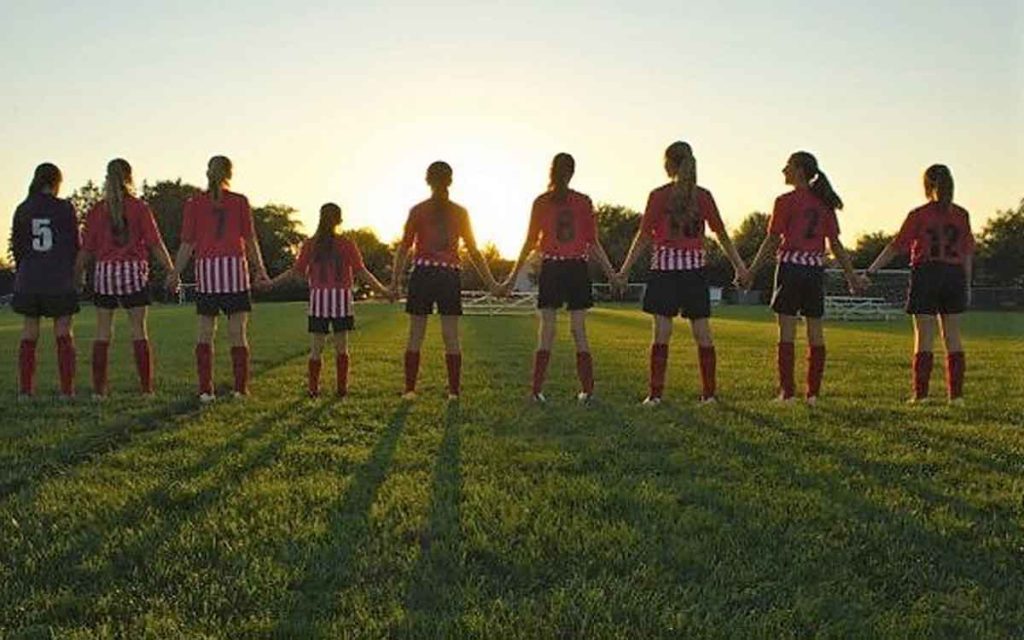 With schools closing and the town’s population filling up with Toronto retirees, it’s impressive that Niagara-on-the-Lakes youth soccer program continues to hold steady with its registration numbers.  Last year close to 400 kids, 80 of them first time participants, signed up to play the beautiful game in the historic town. The number of participants has held steady for the better part of a decade according to club President, Ted Vanderkaay.

“It’s always a challenge for minor sports organizations to maintain participation numbers in a town that’s primarily a retirement community. There just aren’t a lot of kids,” said Vanderkaay. The organization, which has kids in all age groups from four year olds to 18, has a few things going for it that contributes positively to the stead enrollment numbers. One of them is there technical director Matt Hahn. “He’s a great resource for all of our coaches,” said Vanderkaay. Hahn, who also coaches the girls travel team, will also come out to other teams’ practices and observe and provide feedback to the coaches, many of whom are volunteers who may not have an extensive soccer background either as a player or a coach. He also runs coaching clinics throughout the year. “It helps us ensure that as best as possible the kids are receiving consistent coaching and learning the proper skills to improve their game,” explained Vanderkaay. “We strive for uniform development throughout our system.”

Vanderkaay says Hahn has some unique philosophies in terms of coaching and motivating his players. “He’s taken on his own identity and he is very regimented in pursuing his goal.” Hahn gets to know not only the kids he is coaching but their families too which makes for a true soccer community. “It becomes very much a sense of family.” Hahn also demands a lot from his players but the girls respond to his motivation. In fact, in 2016 the Niagara-on-the-Lake girls travel team, coached by Hahn won the provincial championship. “Given the team had mostly girls from our town on it and they were playing teams from much bigger centres, it was a huge accomplishment,” said Vanderkaay. “Matt is very committed and deserves a lot of credit.”

Some of the other factors that Vanderkaay points to that help keep soccer a popular game with the kids in Niagara-on-the-Lake include playing primarily on one field, the fun family environment and even the travel teams play within the Niagara region borders, not having to travel to Hamilton, Toronto and beyond. Generally speaking, soccer is also appealing to families because it is a relatively low cost sport, particularly for young house league players and there are very few barriers to entry, like having to learn to skate before you can play.

The challenge, says Vanderkaay is keeping kids interested in the game beyond the age of 12. “The numbers drop off dramatically once you get to the age of 12 and older and that’s the case pretty much everywhere. Kids have lots of options to fill their time when they get older so it’s a challenge to keep them in the sport, that’s why we need to treat them and their parents like customers and we want to provide the most positive experience possible.”

Registration for Niagara-on-the-Lake soccer opens in January and information can be found online at notlsoccer.com.