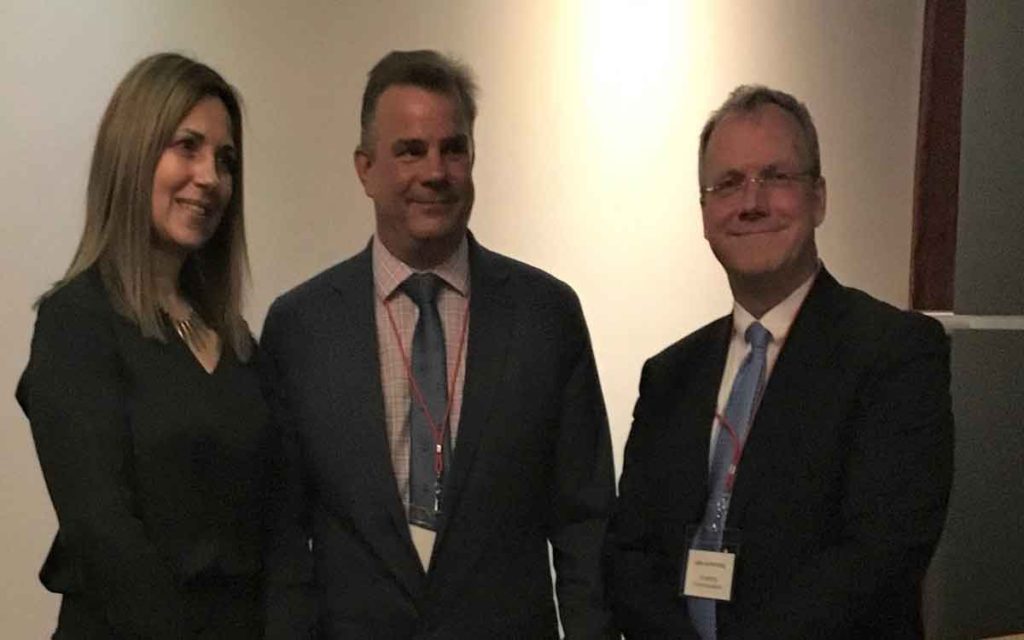 Ian Hamilton, President and CEO of the Hamilton Port Authority was in Niagara Wednesday speaking to politicians from across the region about intermodal transportation and how the city of Hamilton has leveraged their port for the benefit of an entire municipality.

The event, entitled, Building Niagara, was born five years ago as a result of the realization that there really wasn’t a time when Niagara’s politicians at all levels of government got together to discuss issues of the day. “We would get feedback from our municipal politicians after they returned from the AMO (Association of Municipalities of Ontario) conference that they would say to each other how great it is to get together and so we thought why not have an annual event that allows that to happen right here in Niagara,” said Dolores Fabiano, Executive Director of the South Niagara Chambers of Commerce. The Chambers, along with lead sponsor, The Niagara Industrial Association hosted the event. About 65 politicians were in attendance for this year’s talk.

Hamilton said that he’s been to see a number of Niagara politicians to discuss the untapped opportunities for industrial growth in the region. Particularly when it comes to leveraging the unique and extraordinary asset Niagara has in the Welland Canal along with the connection to two Great Lakes.

The Port Authority’s CEO spoke about the momentum that he feels is starting to build around intermodal transportation in this part of the province. He cited four specific examples of things that are contributing to the momentum build including: governments at the federal and provincial levels prioritizing investments in trade-enabling infrastructure; growth intensity moving steadily down the QEW toward Niagara;          the GTHA essentially maxing out of space for industrial development has, similar to the way residential interest is moving this way, so too is industrial interest; and local leaders who have recognized that the status quo isn’t good enough.

Hamilton said he feels Niagara is where the city of Hamilton was 10 years ago, “Feeling the effects of an industrial decline, but with a lot of inherent assets and a will to transition into a new kind of industrial economy.”

“Ten years ago in Hamilton, steel-making materials were coming through Hamilton Harbour, but many of the lands owned by the century-old port authority were either unoccupied, or leased to non-strategic tenants,” explained Hamilton.

He said the Port Authority embarked on a strategy of diversification and investment attraction. “And in less than a decade, we attracted more than $350 million in private sector investments. These include shipping terminals, warehouses and transportation infrastructure.”

Today, the port’s impact is felt throughout the province with $3.3 billion worth of cargo that is handled through the port each year. “This cargo is connected to 38,000 jobs in Ontario and $6 billion in downstream economic activity.”

Hamilton said the Port Authority has made great strides all the while being good corporate citizens. “We’re an organization dedicated to sustainability: economic, social and environmental. We make efforts to ensure that industrial lands coexist in a positive way with the surrounding community.” Those efforts, according to Hamilton include mitigating dust, preservation of natural habitats, and projects to add public amenities.

Hamilton then talked about the great opportunities he sees for Niagara.

“We would certainly love to be able to have Niagara properties among the options that we can provide companies looking to locate or expand in Ontario,” he said.

Hamilton feels that Niagara has a lot going for it. “The multimodal transportation assets located along the Seaway in the Niagara Region are unique and extraordinarily valuable. This is ideal space for new industrial development.”

“We will be there with you: a capable and flexible partner that wants the same thing you do: growing a prosperous Niagara together,” said Hamilton as he closed his remarks. 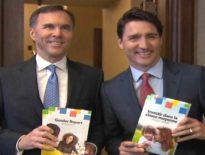 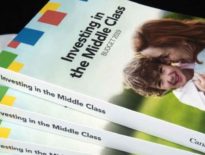 National The Federal Budget Has Not Balanced Itself