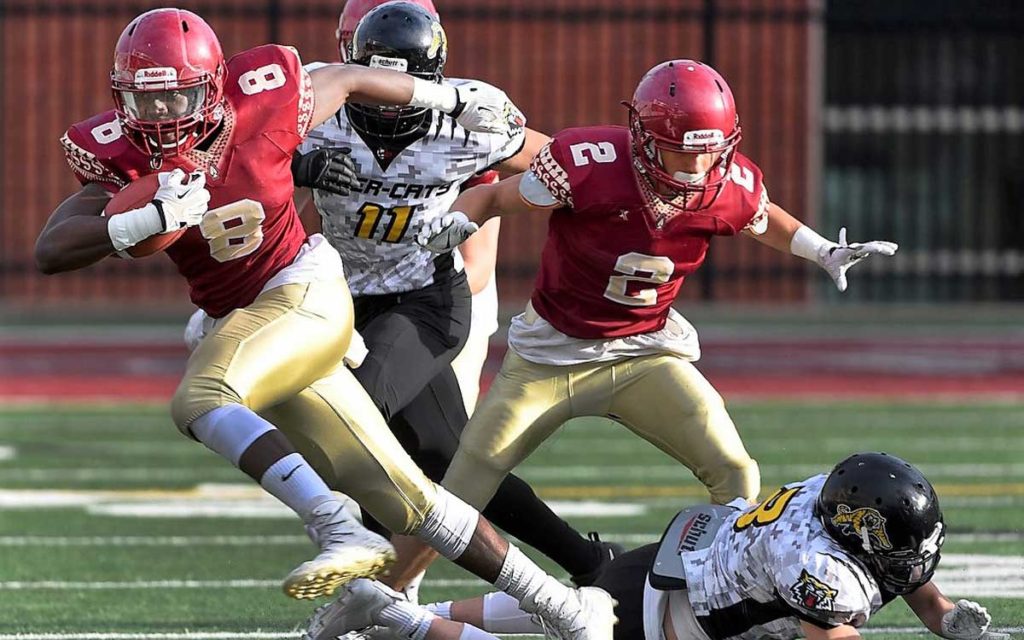 For 15 seasons, the Niagara Spears have been successfully fielding high-quality football teams and preparing young prospects for university play.

Formed in 2004 as a non-profit organization, the St.Catharines-based academy is one of the region’s most successful sports development programs. Over the years, all three of the program’s age groups have won or played for numerous championships across Ontario’s premier junior football leagues.

Each season, the Spears take in local players between the ages of 11 and 19 to fill three AAA rosters: Bantam (14 and under), Junior Varsity (16 and under), and Varsity (19 and under).

“Our program works hand-in-hand with local schools”, said head coach of the Varsity squad, Brian Duguay. “I know a lot of the high school coaches. [With the Spears], we try to build off of what they’re already doing”.

Duguay has been with the Spears in some capacity since its inception 15 years ago.

The long-time coach agrees that the organization itself has seen a success, but is more proud of and interested in acknowledging the accomplishments of individual players.

“We’ve graduated guys who now play in the CFL, like John Rush and Johnny Augustine”, said Duguay. “Just to name a few”.

After their tenure with the Spears, Rush and Augustine both went on to have incredibly fruitful university careers with the Guelph Gryphons and now play together with the Winnipeg Blue Bombers.

Although a prospect reaching the CFL is more of an exception rather than the norm, the program consistently sees its players make university teams around the country.

“Being conservative, we’ve probably had more than 320 players go on to play university football: with many more going to the CJFL [Canadian Junior Football League]”.

For those hoping to play post-secondary football, Duguay stresses the importance of academics.

“If a player can maintain an 80% average, he gets to pick where he goes to school”, said the head coach. “It’s important to not pigeonhole yourself. It’s much better to have options. Do well academically, and you get to dictate your own path”.

Duguay’s Varsity squad did not have a particularly stellar season this year. The Spears lost in the first round of the playoffs in July to eventual Ontario Provincial Football League champions, the London Jr. Mustangs.

The Niagara team, however, is very young.

“We only graduated 9 players this year. We began tryouts with 80. So that means a lot of 17 and 18 year-old guys will be returning next season.”

The Varsity Niagara Spears will look to build off of the success they saw in 2018 and come back bigger, stronger, and more mature as a team next year.