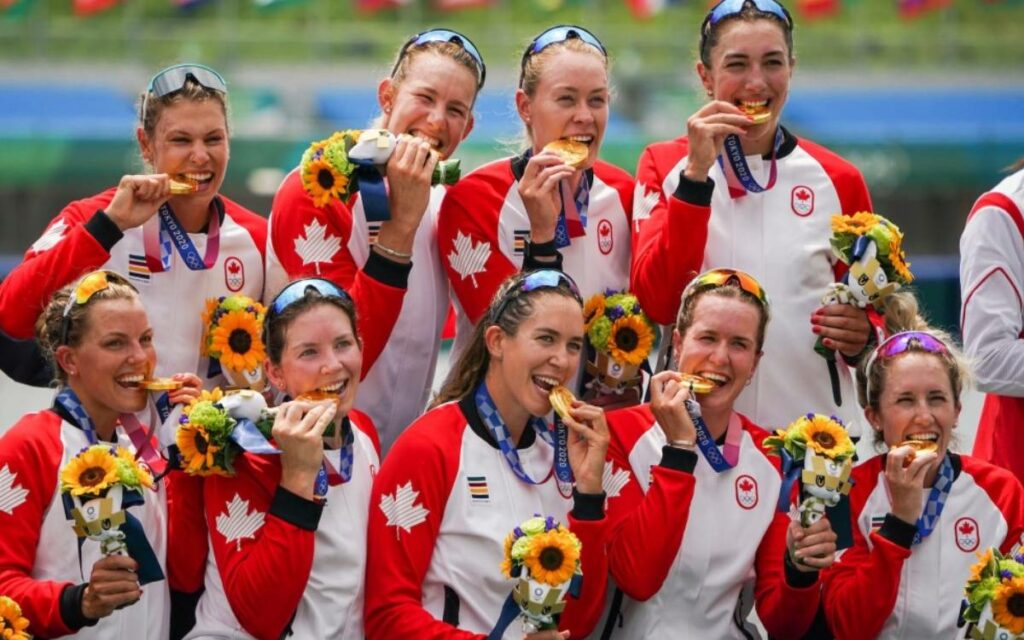 2021, despite its cancellations, pauses and postponements, produced some great results here in Niagara as it pertained to sports.

The athletes, builders and coaches that represent this great region on the local, national and international stage continue to make us all proud – and thankfully provide us with a distraction we all sometimes need as we try to navigate the ever-interesting world we live in.

Let’s start in January, where long-time Buffalo Bills placekicker Steve Christie, who proudly called Niagara-on-the-Lake home for many years, was back on the Buffalo Bills bandwagon after the team reached the AFC Championship Game.

“So excited for the Bills, the city of Buffalo, and of course all of the Canadian fans that have made that journey over the border to see the Bills play,” said Christie from his home in Florida.

The last time the Bills did make it to the final four, Christie was the kicker for the team.

Fast forward to April of 2021, where a trio of Brock University Badgers were named St. Catharines Athletes and Sportsperson of the year for 2020.

“It was a shock to tell you the truth. I knew a little bit about Sportsperson of the Year, but I thought you had to be from St. Catharines to win it. When I found out, I said wow!”, Rao said.

“I’m from Welland, but Brock is in St. Catharines and I coach there, I think it’s a great privilege, but it’s not without these other people like Melissa and Sam, and the rest of the team – this would be nothing.”

Days later, Mohammed Ahmed, who also calls St. Catharines home, brought all of Niagara to its feet when he ran to silver in the 5000-metre event.

“For me to deliver something that was expected of me, I think it’s more of a relief.

It definitely hasn’t sunk in yet.”

More on the River Lions and the CEBL later.

From August to September of 2021, where Lirim Hajrullahu began a whirlwind NFL season.

The former CFL Grey Cup champion started in Dallas with the Cowboys, was then signed by the Washington Football Team, and is now enjoying his second stint with the Carolina Panthers.

As fall arrived in Niagara, we remembered the St. Catharines Stompers and one-time trainer with the club Mike Frostad, who won a World Series with Atlanta.

“This is real now. We didn’t know that we were going to do it, but we ended up pulling it off. This is unbelievable, we just won the World Series and we’re World Champions,” said Frostad.

Frostad also broke the news he would be joining the Los Angeles Angels of Anaheim next season on the Niagara Sports Report on Newstalk 610 CKTB.

A day after the Vanier Cup, December 5 to be exact, Bruce Boudreau was named head coach of the Vancouver Canucks.

Boudreau called St. Catharines home for many years, and also started the Golden Horseshoe Hockey School in St. Catharines which will celebrate its 40th Anniversary in 2022.

“Probably the best bunch of hockey parents I’ve been around are those in St. Catharines and the local areas there,” said the man affectionately known as ‘Gabby’.

“I just can’t say enough about getting home each summer.”

And finally just days before Christmas, and days after the holiday, the aforementioned Niagara River Lions and CEBL received the news that four players from the league had signed NBA contracts.

That included Javin DeLaurier with the Milwaukee Bucks, and Xavier Sneed with the Memphis Grizzlies. Both players took the court with the River Lions this past summer.

As the calendar flips to 2022, from myself and my family, and everyone here at The Niagara Independent, Happy New Year – health and happiness to you and yours.