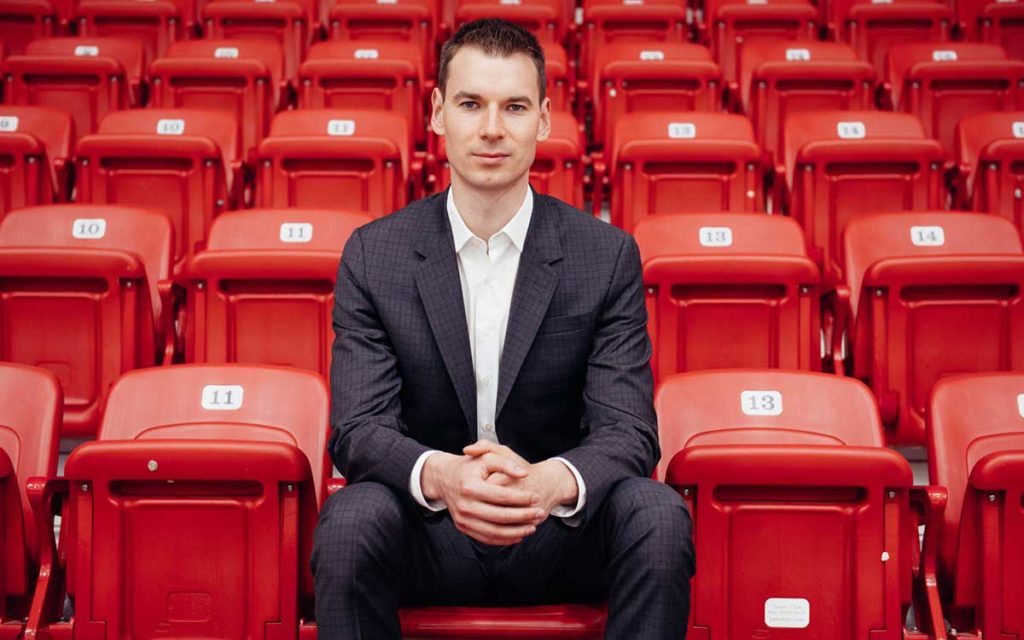 John Chayka from Jordan, Ontario is the GM of the Phoenix Coyotes.

One has to wonder what kind of attention John Chayka would receive if he was working in a larger market, or for a team that’s been around for longer than 22 years.

Raise your hand if you knew the youngest general manager in the history of the NHL works for the Arizona Coyotes, and more importantly hails from Jordan, Ontario.

Less than three years later he’s still the youngest GM in the game, and in fact, has added President of Hockey Operations to his title.

Chayka credits his ascension in the NHL to luck and timing, but it all started with a local business that still exists today, and one that he helped co-found – Stathletes.

And while hockey is Stathletes primary focus now, it wasn’t always that way according to Chayka.

“We started with baseball, and were going to basketball when we started,” said Chayka who recently joined the Niagara Sports Report on 610 CKTB radio station.

“My brother in law Neil Lane and I started it. He was kind of the quantitative mind and I was more the hockey mind. We started small cutting games and collecting data in our basement.

It grew from a very small business with a few number of clients to basically being the gold standard for data collection in the NHL today. A lot of teams use it – proud to be a founder, and now I’m a client,” Chayka said with a chuckle.

Chayka played junior B hockey locally with St. Catharines, Welland and Thorold before attending the University of Western Ontario and the Ivy School of Business.

And when you’re the general manager of a professional hockey team, it’s more than just the product on the ice that matters. The business off of it is just as important, and that could mean anything from how the players eat on a daily basis to how they conduct themselves away from the arena.

“In Arizona we had a lot of work to do,” explained the now 29-year old Chayka. “Whatever you’re doing you’ve got to find ways to find an edge. It’s not only the hockey side.

And it’s something that doesn’t cost hundreds of millions of dollars. You can really differentiate yourself, and how your organization runs.”

So from Jordan, Ontario to one of only 31 general managers in the National Hockey League, what is Chayka’s advice for those wanting to break into the hockey business:

“Follow your passion. You’ve got to love what you do, whatever field that may be in. A physical therapist, a scout or maybe even management – find a way to create value, and find a competitive advantage.”