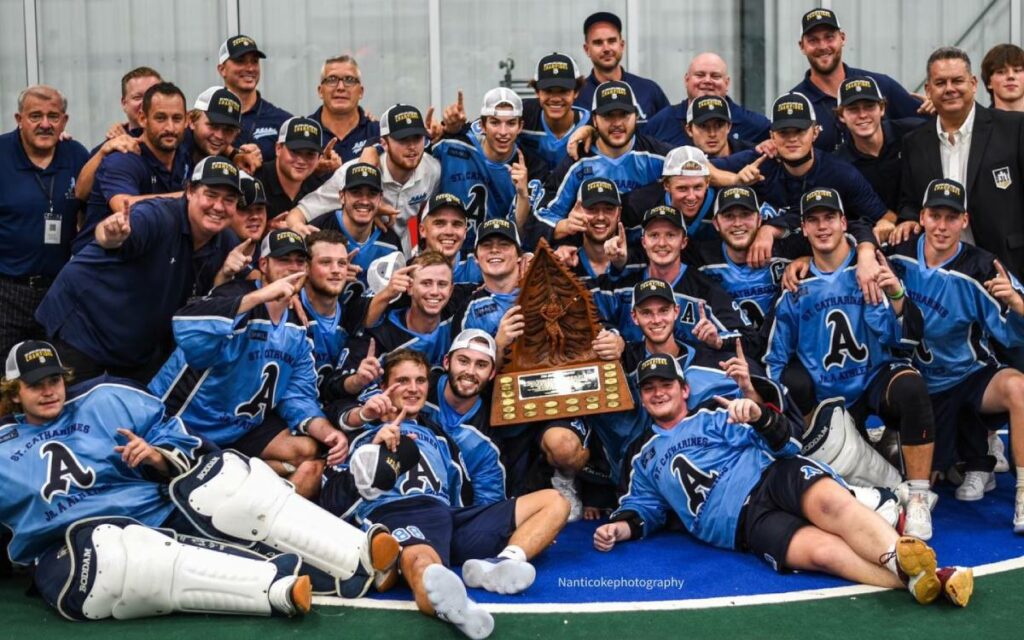 The oldest sporting franchise in Niagara, and one of the oldest in the province, added another Ontario championship to its name.

The Athletics, who were supposed to host the Minto Cup – Canadian Jr. A Lacrosse Championship – reeled off six straight wins over two weekends to take their first provincial title since 2003.

“Total by in,” Taylor said frankly. “We had a very large group of last year players, born in 1999, and every single one of them they were all in. They listened, they followed systems, and they wanted it more than anyone.”

“Steve Toll heads the way. Steve brings so much intensity and just fire and passion, and no one wants to win more than Steve Toll. it starts with him.”

All six coaches led Team West to an 11-8 win over Team East in the OJLL All-Star game this past weekend.

Six Athletics players were named to the western conference all-star team: Smithville’s Alex Simmons, who was named Ontario Player of the Year after scoring six goals and 34 points in eight games, along with three St. Catharines natives in team captain Tom Whitty, Carter Zavitz and Kealan Pilon, as well as Tyler Walls and Cam Macleod.

Asked what it meant to be a part of Niagara’s oldest sporting franchise for almost half of his life, Taylor offered this.

“I’ve seen quite a few head coaches come and go, and for whatever reason I’ve been asked to stay and stick around. Between my five years playing and my coaching this organization and team has been part of my summers for 18 years. It means a lot to me.”