Number of lessons Premier Ford can learn from federal campaign 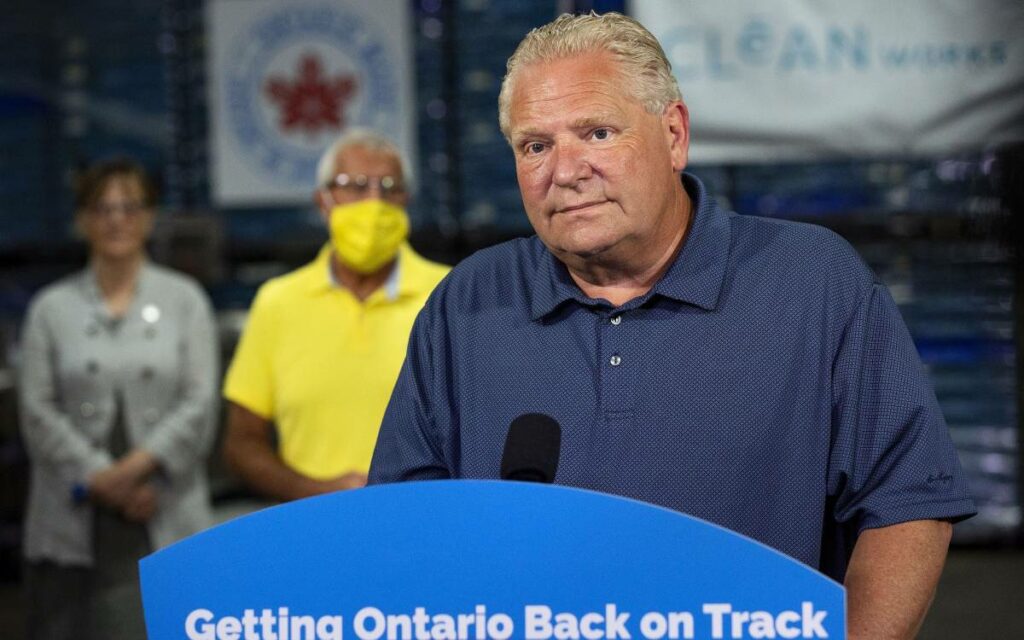 Finally, results for the 2021 federal election are now complete. The election no one asked for has produced a result no one wanted – another minority government with the Liberals nominally in charge, having won less than a third of the votes with the lowest Canadian voter turnout ever.

What does this mean for Ontario Premier Doug Ford, who faces his own voters next June?

The fact that federal Liberals won almost two thirds of Ontario’s federal seats might seem an ominous sign. But historically, Ontario voters like to have opposing parties in power federally and provincially. If the pattern holds, Mr. Ford’s Progressive Conservatives stand a good chance of winning again.

However, voters in critical urban and suburban ridings show a distinct preference for big-spending, big government programs and seem quite happy with pandemic lockdowns and mandatory mask and vaccine mandates.

While Mr. Ford has rolled out a successful vaccine program in Ontario and has ruled that his caucus and future candidates must be vaccinated, he has often appeared reluctant to institute various public health controls and has frequently opined that he really does not want to bring in things like vaccine passports and the like, a sort of “the devil made me do it” approach.

As a Tory, respecting individual freedoms and caution about over-reaching government dictates are important to him. But cranky, fearful voters want government to look after them no matter what and there continues to be high public support for stricter public health measures.

Hopefully, COVID will be in the rear-view mirror by next spring, but if not, the electorate may be looking for a government or premier to blame for never-ending public health measures that don’t seem to be working.

Then there is the jaw-dropping government debt and deficits for both federal and provincial governments, something that doesn’t seem to worry most voters. Mr. Ford and Finance Minister Peter Bethlenfalvy are worried, and with good reason. Despite the spending they had to undertake to fight the pandemic, they know that they must also put the government’s books in order.

But how to do that when voters, special interest groups and media pundits turn any reduction, no matter how modest, into “draconian cuts” to health and social services?

The other important news is that party platforms matter. Or more importantly, if you are going to run on it, don’t try to change it in mid-stream as federal Conservative Party leader Erin O’Toole did. His “man with a plan” approach, released in the campaign’s early days, won him initial support. But it melted away as he backtracked on key issues like gun control, the carbon tax and childcare.

Voters can vote for leaders they don’t agree with as long as their overall approach engenders trust, a sense of competence and authenticity. Waffling and back-tracking projects signals anything but.

Don’t take voters for granted is another critical lesson. Prime Minister Justin Trudeau led the polls when he dropped the writ. But voters didn’t want a campaign in the middle of a pandemic, and he was never able to explain why. His early support unravelled quickly and if it hadn’t been for Mr. O’Toole’s platform fumbles among other events, Mr. Trudeau might well be in Opposition today.

Finally, Mr. Ford will face an electorate that is still deeply divided over many issues. Unlike Mr. Trudeau, however, whose election night comments were totally oblivious to the fact, Mr. Ford seems to recognize the problem.

The question is, can he put together a big enough coalition of those divided voters, willing to give him another majority government?

The ballots may all be counted, but the repercussions from the federal election nobody wanted are still to be felt in Ontario.