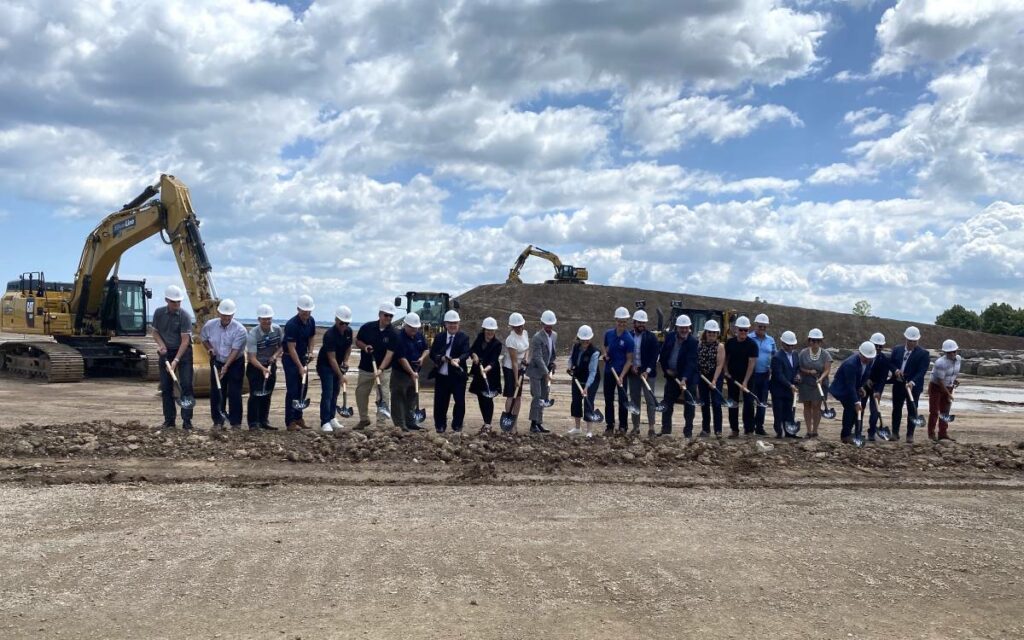 Re-development plans for the 80-acre waterfront property in Lincoln began shortly after it was sold to FBH Group in 2016. Photo credit: Town of Lincoln

After six years of planning and labourious collaboration between multiple levels of government, various stakeholders, and members of the local community, officials formally broke ground at the Prudhommes Development Site off the QEW in Lincoln this week.

The first phase in a multi-phase development rollout, the ground-breaking kicks off the commercial elements of the project.

“I am thrilled to be part of this much-awaited moment in Lincoln. Today, we are one step closer to creating a thriving, modern neighbourhood and to transforming our waterfront into an exciting destination within Niagara region that will leverage the Niagara Benchlands area,” said Mayor of Lincoln Sandra Easton, one of several government representatives in attendance Thursday.

“I am so pleased at the level of community involvement in this project – the collaboration and productive, concrete feedback from community members have contributed to a better end product for this new neighbourhood and for Lincoln as a whole.”

The property, known as Prudhomme’s Landing, is over 80 acres in its entirety and generally located east of Victoria Avenue North and west of Jordan Harbour along the shore of Lake Ontario.

One of only a few remaining parcels of relatively undeveloped waterfront property left in the Greater Golden Horseshoe area, it was sold to FBH Group by Ken Fowler Enterprises in 2016.

“We are truly looking forward to seeing shovels hit the ground and for the visible work to get underway,” said Ward 2 councillor and chair of the Lincoln’s planning committee Tony Brunet.

“Our collective vision for Prudhommes demonstrates best practices in community building and takes into account many perspectives including social, economic and environmental.”

As guided by the municipality’s Prudhommes Secondary Plan, the subject lands are designated for residential, commercial, employment, natural environment, and parks and open space uses.

When all is said and done, Prudhomme’s Landing will be home to 3,700 new residential units, 190,000 sq. ft. of employment space, 160,000 sq. ft. of commercial space, 15 acres of waterfront parkland and open space, and over 2.2 kilometres of multi-use paths, including a new waterfront trail connection.

“This is the first development to get underway in a project that has been years in the making,” said Lincoln’s Chief Administrative Officer (CAO) Michael Kirkopoulos.

“The site has a long history in the community, and both residents and visitors alike who travel along the QEW through Lincoln will start to see significant changes in the next several weeks.” 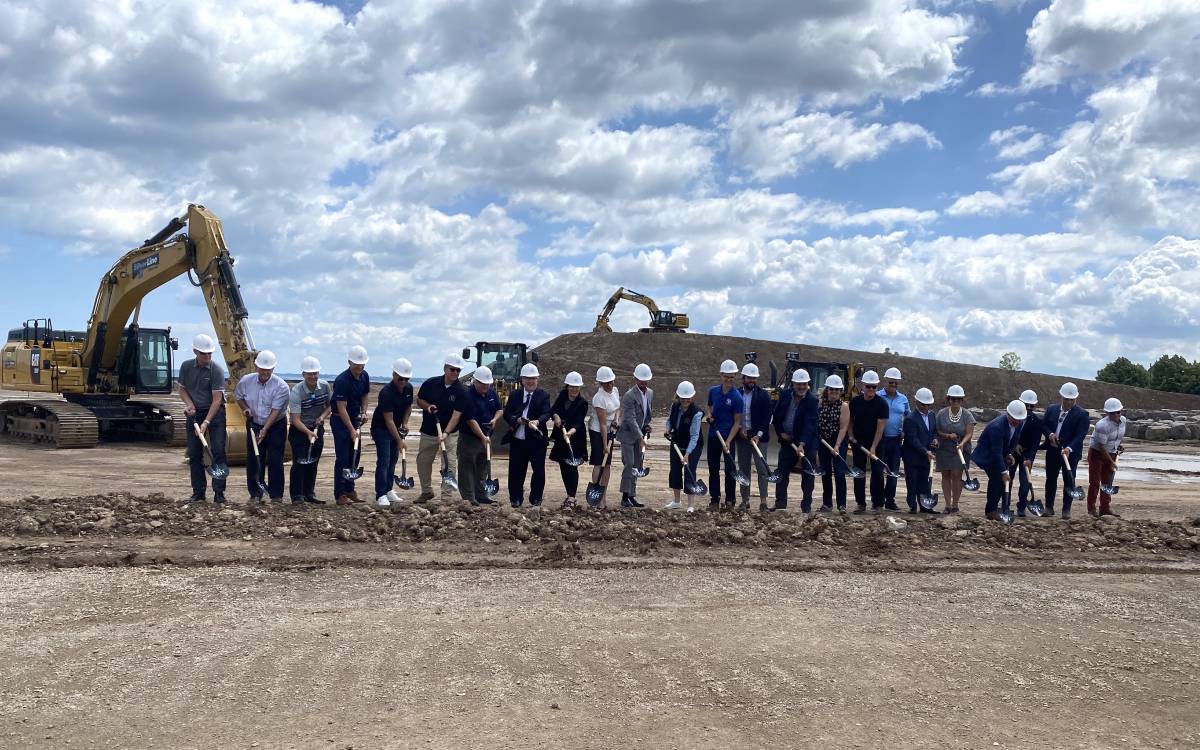