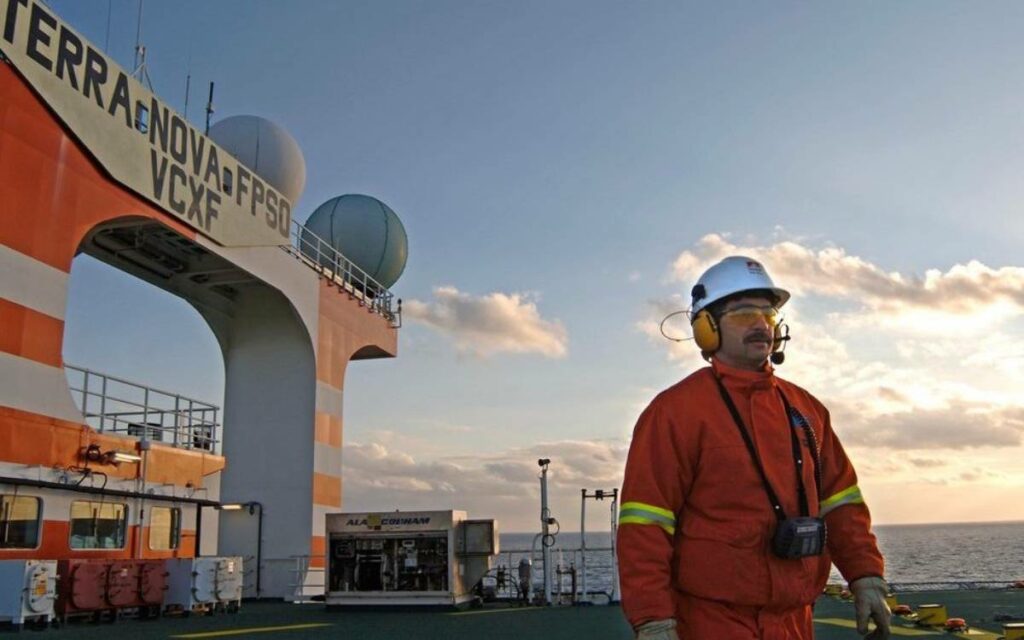 Recent developments in Atlantic Canada’s oil and gas sector are giving the region a boost, providing a more positive outlook as the industry moves out of recent challenging times.

First, giant Suncor Energy and its partners announced a decade-long extension to the life of the Terra Nova offshore project.

“We are in a province of a great need for further economic stimulation and I believe this project can do a lot to help contribute towards an economic recovery for the province,” says Leo Power, president of LNG Newfoundland and Labrador.

“It’s tough today. We are still emerging from the downturn in the oil and gas industry but see much (brighter) days ahead. Thankfully the Terra Nova project is back on track and we are hoping for a positive announcement on West White Rose.”

Construction of the $2.2-billion West White Rose project was suspended last spring amid the COVID-19 pandemic. Operator Cenovus Energy and its partners are now reviewing the project and expect to announce a decision on whether to restart by mid-2022.

In the meantime, Charlene Johnson, CEO of the Newfoundland and Labrador Oil & Gas Industries Association (NOIA), says the Terra Nova extension will have a tremendous positive impact on the province and the region.

“This is excellent news for our province knowing that they will be in production for 10 more years, 70 million more barrels of oil,” she says.

“It roughly impacts about 1,000 people directly and indirectly. But the impacts go much deeper than that when you consider the thousands of people in the service and supply sector, when you look at the benefits in terms of taxes and royalties to the province.

“People were very uncertain about their future, whether or not they were going to have a job. As soon as this was announced people were back to work immediately. Having that certainty of disposable income also helped other aspects of the economy when you look at car sales and restaurants. I talked to folks who were holding off on waiting to see if they would purchase a vehicle or not.”

Johnson says that seeing major companies have confidence in the province’s energy sector is welcome relief.

“It’s been a tough 18-20 months for the folks in this industry,” she says. “I think the next couple of years are going to be busy.”

The Terra Nova project alone has potential to support more than 1,700 jobs during the extension phase and nearly 3,400 jobs annually during its 10 years of operation, according to an economic impact report NOIA published earlier this year.

The paused West White Rose project, which is 60 per cent complete, would add about $11 billion in future capital and operating expenses out to 2036, Johnson says.

“When that was being built there were upwards of 1,400 people on site and this is in a rural part of our province. When you look at impacts to hotels in the area, restaurants, and of course employment for all those people, it’s quite significant. So to see that get up and running would certainly inject a lot of more needed work and spinoffs here in the province,” she says.

“That’s a key one for us we’re watching closely and one I think will be the next good thing that we hear about.”

The First Nations Major Project Coalition and Miawpukek First Nation are looking even longer term. First LNG shipped to Europe from the $10 billion LNG Newfoundland and Labrador project is targeted for 2030.

The project is expected to generate 1,300 to 1,500 direct jobs at peak construction and 400 permanent direct jobs during operations, while meeting growing global demand for low-emissions natural gas and, potentially, clean hydrogen.

“Our inclusion in this project is historical, transformational, and an example of how the offshore energy industry, Canada, and Newfoundland and Labrador are truly embracing and giving effect to reconciliation,” Miawpukek First Nation Chief Misel Joe said in a statement.

This article first appeared on the Canadian Energy Centre’s website on Oct. 13, 2021. Republished here with permission.