On power accumulation in the PMO, Canada stands to learn a few things from our mother country 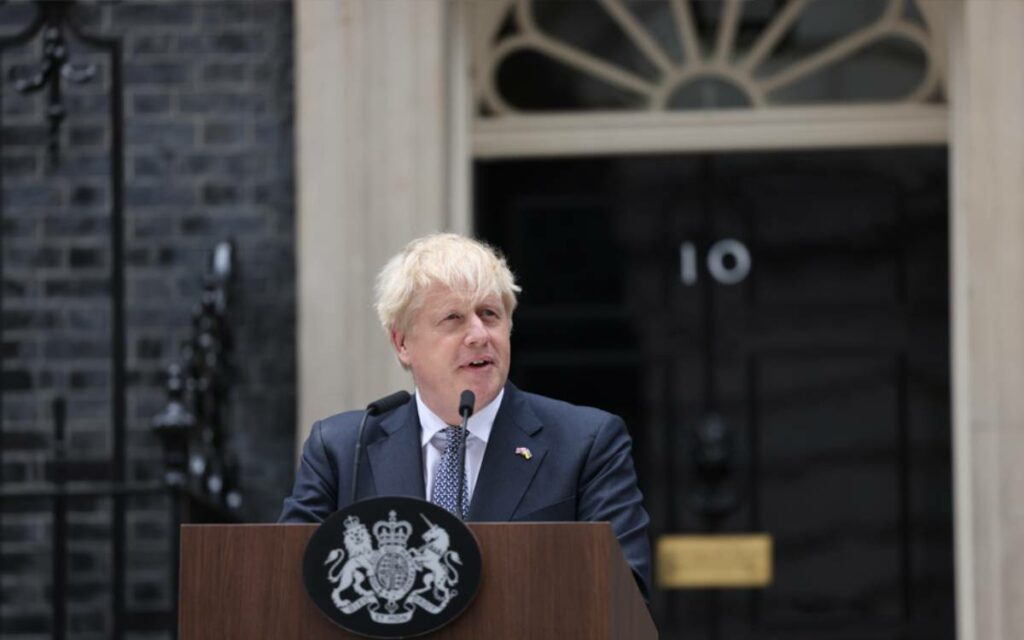 Citizens of Great Britain, the Commonwealth and people around the world have watched the downfall of Prime Minister Boris Johnson with keen interest. This is a cycle that, for one reason or another, repeats in the United Kingdom every few years.

Some politicos are critical of the regular turnover in British leadership. It is argued that it fosters an unstable political environment in the nation. This viewpoint is dubious.

A punctilious transition of power, from one leader to the next, is indispensable to any healthy democracy. This venerated process becomes even more important when the foul stench of ineptness and scandal wafts through the highest offices of the land.

British parliamentary democracy is based on the rule of law. This means that everyone in society, regardless of fame, riches, or professional designation, has equal standing in the nation.

Government representatives, elected by the people, are to be respected but never worshipped. The prime minister is first among equals in Parliament. He or she has one vote, as do all MPs. The position was never meant to exalt the occupant to a status of majesty.

The office of the Canadian prime minister has become steadily more herculean over the past fifty years. It is now almost impossible to imagine a Canadian legislature standing united to force a prime minister to resign.

The inaugural century of Confederation necessitated the ideal that there is nothing that exalts one Canadian over another. Recent decades, however, have given rise to a class system consisting of elites and non-elites. A mystique was born, and a wall of separation was built around the “Haut Monde” of prime ministers, loyal cabinet members as well as their friends/family network of academics, celebrities, and corporate donors.

Today, if you attend an event to meet a Canadian prime minister you will likely find people gathering around as if they were witnessing Moses descending Mount Sinai after receiving divine statutes. Contrast this development with images of Prime Minister John Diefenbaker casually chatting in public with citizens during the early 1960s and it is clear that a massive change in mindset has occurred.

Arguably, the ancient “Divine Right of Kings” myth has experienced a sort of revival in Canada. There is, of course, a key difference. Our institutions are exceedingly secular as we assume a greater separation of religious belief and civil government than ever before.

Combining these new norms with our swollen allure for elected officials, particularly our prime ministers, has led to an outré deification of our heads of government. This cast of mind can be interpreted by the most powerful in our society as a passive endorsement by the citizenry for Statism, and should be gravely concerning to all Canadians.

Prime Minister Justin Trudeau has twice failed to reclaim his majority after receiving one of the largest mandates in Canadian history. He has been the subject of controversy on numerous occasions including (but not limited to): Elbowgate, Aga Khan, India state-visit fiasco, SNC Lavalin, black/brown face, WE charity, Winnipeg lab documents, and most recently, alleged interference in an RCMP Investigation related to the Nova Scotia mass shooting.

It is, of course, the right of the Liberal Party to try and maintain government so long as it holds the most seats in the House of Commons. Is it not worth asking, however, why this immensely unpopular, scandal-ridden prime minister continues to hold his post while influential Liberals refuse to even raise a finger?

British MPs, notwithstanding partisan affiliation, would have long ago acted to remove a leader wearing an unsightly record of this nature. Britain even forced one of the most revered prime ministers in history, Lady Margaret Thatcher, into retirement after eleven years at the helm. So, what’s up with Canada?

The current prime minister is afforded tremendous leeway for multiple micro points which centre around a macro concept: The royal paternal legacy.

Our governing head holds the surname of the grandiose Pierre Trudeau, revered author of the Canadian Charter of Rights and Freedoms and “Father of Modern Canada”. It is, in the minds of progressives, nothing less than destiny that the son of Pierre would serve a long tenure as first minister. The son must also, therefore, retire of his own accord and timeline, preferably after a long walk in the snow. Anything less evocative would be a momentous let-down to the rich family heritage.

And let’s not forget just how reliant the Liberal Party of Canada has become on the Trudeau brand. The party was repeatedly defeated during the Harper era. This period culminated in the unprecedented embarrassment that was the 2011 campaign, in which a mere thirty-four Liberal MPs were returned to Parliament. Consecutive Liberal leaders (Stephan Dion and Michael Ignatieff) failed to become prime minister. Edward Blake (1833-1912) is the only other member of this club.

Junior was begged to run for the Liberal leadership after the 2011 disaster. He has been systematically labelled the saviour of the Canadian progressive movement for the past decade.

Bilious desperation has transformed him into more of a monarch than a public servant.

Those tiring of his egregious errors and ethical meagreness stay silent for fear that speaking up will only secure their own political demise. The lack of courage of Liberal MPs to stand with Jane Philpott and Jody Wilson-Raybould during the SNC Lavalin scandal proves this point.

Whenever a scandal erupts Prime Minister Trudeau says it is “up to voters” to decide whether they want to oust him because of his unseemly behaviour. This argument is fundamentally flawed.

Elections in the British parliamentary tradition were never designed to be referenda on the personal character of any given prime minister. They are, rather, supposed to be a rigorous debate on the policies that will govern the nation. It is no service to our country when citizens are unable to adequately evaluate the wisdom of the platforms being advocated by candidates because they are having to determine if a disgraced personality-cult needs to be fired.

Irreconcilable differences regarding the policy initiatives of a prime minister should be resolved by a no-confidence vote, and if necessary, a general election. Issues regarding baseness, ethical crises and other non-partisan matters rendering an official unfit for office, however, must be addressed by elected representatives.

It is time to return to the fundamental understanding that our prime ministers are entrusted with their powers by Providence, given their mandate by the Canadian people and accountable to every member of the House of Commons. When a leader proves he or she is an unworthy steward of this sacred office it is time for him or her to step aside. Then and only then can our democracy live up to the ideals of its founders.