On the front line of caring for COVID patients 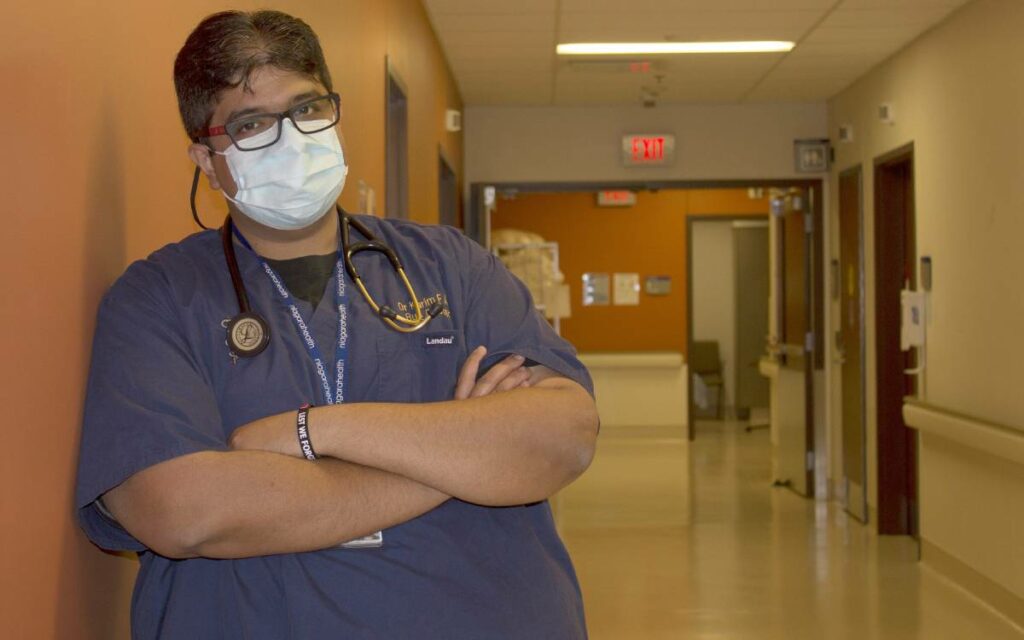 Perhaps the only thing bigger than the title that follows his name is the immense responsibility he has during a global pandemic.

Dr. Karim Ali, Niagara Health Director, Division of Infectious Diseases and Antimicrobial Stewardship Program and Lead Physician for Emergency Preparedness is on the front line of caring for COVID-19 patients who end up in Niagara Health’s St. Catharines hospital. While he’s quick to point out that it is a team effort within the hospital walls, giving credit to fellow physicians, nurses and many others who play a role in caring for COVID patients, there’s no question that as an infectious disease expert Dr. Ali shoulders a lot of the responsibility.

The Niagara Independent spoke at length with Dr. Ali on Wednesday of this week to get his take on the rising case counts in the second wave, the promising news of a vaccine and some of the advances in treatment for the virus.

It’s been obvious, no matter how one slices the daily numbers, that the second wave of infections across the province and Niagara has been worse than the first wave. Much has been written about the younger population (ages 20-39) being major contributors to the spreading of the virus. Dr. Ali said while that age group “does relatively well with dealing with infections” the problem is they are spreading it to much more vulnerable people like seniors. “We saw the younger demographic start to pick up in late June as the virus had more chances to spread as places started to open up. The fear was it would spill over into the elderly. Once it gets into a susceptible host, it’s a problem.”

Dr. Ali said that while most young people might not get more than a head cold from contracting the virus, COVID-19 can be very harmful to seniors. He said that finding a balance between public safety [lowering case counts] and people’s mental health as well as keeping the economy moving forward is tricky. “A lockdown can’t be sustained. It will destroy people’s mental health but also opening up everything will cause a lot of unnecessary death. We have to hold on for a few more months,” explained Ali. “What we learned from Italy and New York is that if your health care system starts running over it’s a big problem.” Dr. Ali added, “there’s no economy if there are no healthy people left.”

While the numbers of positive tests have been climbing across the country the number of people infected and being hospitalized and ending up in the intensive care unit on ventilators hasn’t reached a breaking point like perhaps if the wave two numbers were seen in wave one. The primary reason, according to Dr. Ali is much better treatment options.

One of those treatment options that has had much success particularly with patients hospitalized with COVID-19 is a drug called Dexamethasone which in some ways is similar to Prednisone. It’s a corticosteroid used in a wide range of conditions for its anti-inflammatory and immunosuppressant effects. It was tested in hospitalized patients with COVID-19 in the United Kingdom’s national clinical trial RECOVERY and was found to have benefits for critically ill patients. Dr. Ali said the UK study was “very well done”. “They did everything by the book and were able to find there was a significant benefit for patients who were in ICU and on oxygen. It has now become a standard of care.” Like with most pharmaceutical products Dr. Ali says there are side effects. “Prescribing it needs to be really well thought out but overall the benefits are much higher than the risks.”

While the discovery of Dexamethasone as a very good treatment option has been a positive boost for the medical community and COVID patients, Dr. Ali is quick to point out that there is no silver bullet. “We’ve never been in the middle of a pandemic before like this. Information comes at you at warp speed.”

While there is no silver bullet just yet, last week pharmaceutical giant Pfizer made headlines by announcing it had a vaccine in stage three of clinical trials that was showing a success rate in humans of 90 per cent. Pfizer partnered with German biotech company BioNTech and began trials of the two-dose vaccine back in May. Phase two was July and phase three began in September. More than 40,000 volunteers in multiple countries have been part of the study. While the study is not complete Dr. Ali said it does look promising. “I am cautiously optimistic. We are all very curious to see the actual data.” While it normally takes years to produce a vaccine, the fact that one is this close to reality is quite remarkable. “The world has never had a vaccine like this before but desperate times call for innovative, scientific measures,” said Ali. “If this data holds true it will be a very effective vaccine.”

What makes the Pfizer vaccine so innovative is that it is mRNA based which means it consists of coated molecules of mRNA, similar to DNA, that carry the instructions for making a viral protein. Previously vaccines were made from dead viruses. “mRNA asks our cells to make proteins and eventually the immune system builds up enough capacity that it does not let the virus enter the cell.”

One of the logistical issues will be shipping the virus as it will need to be stored at -112 degrees Fahrenheit.

Asked what it’s like as a physician on the front lines fighting the disease, Dr. Ali said it’s a lot of detective work. “There’s always more than what meets the eye.” He said he’s very thankful to the people who made the sacrifice so doctors can better understand what drugs work best.

There is one image that is now burned into Dr. Ali’s mind however, “the thing that has affected me most was the lonely death; people dying in their beds alone. It will be with me and my colleagues for the rest of our lives. It’s very sobering.”

“We can’t let our guard down.” 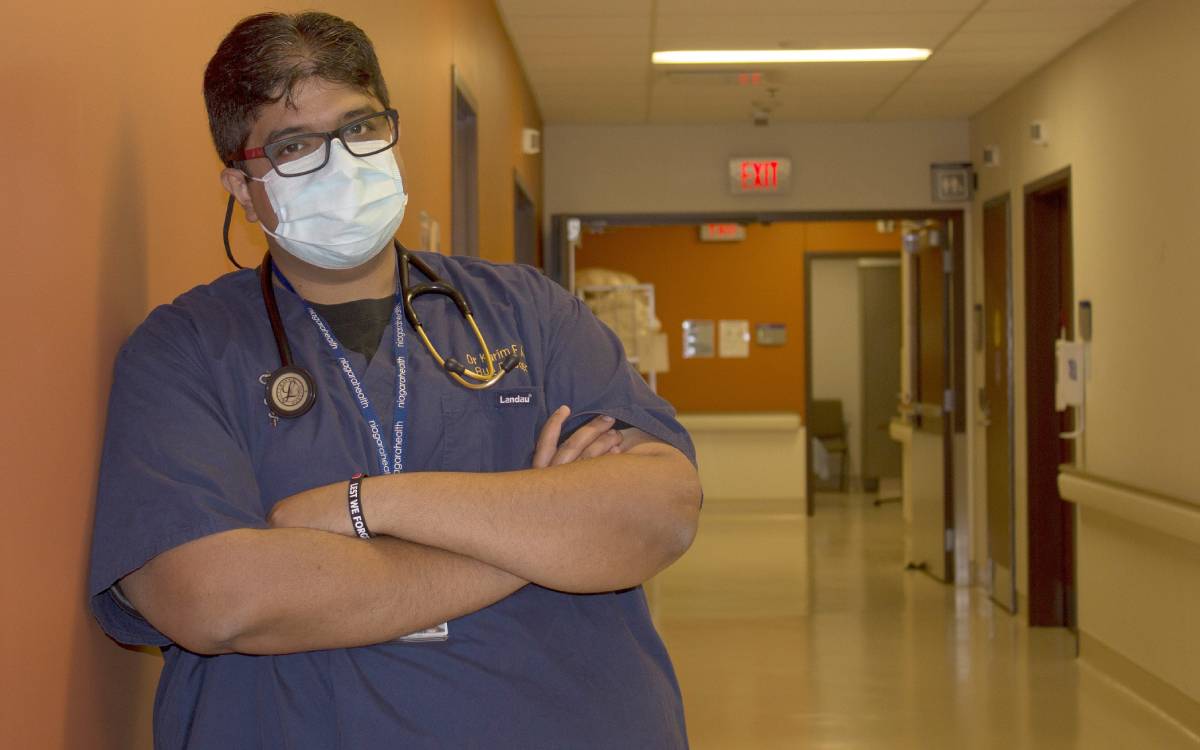