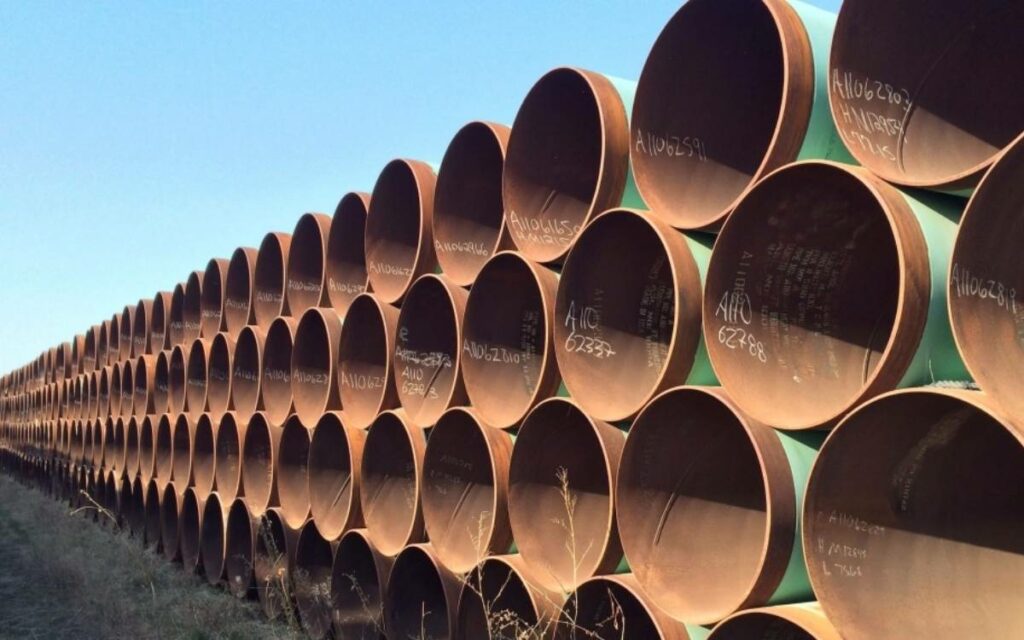 It’s been one year since President Joe Biden cancelled approval for the Keystone XL pipeline from Canada, and the United States’ thirst for oil is as strong as ever and rising.

U.S. oil imports from Saudi Arabia and Russia have increased, and gasoline prices are higher than they have been in the last five years.

“The Keystone XL pipeline would have provided good-paying union jobs to American workers while delivering affordable, reliable energy to American consumers from a close U.S. ally.”

Renewable energy in the U.S. is growing, and demand for oil continues to surge.

Consumption in 2023 is expected to reach 17.2 million barrels per day, higher than before the COVID-19 pandemic, according to the U.S. Energy Information Administration.

Before President Biden’s cancellation in January 2021, Canadian oil producers remained committed to Keystone XL despite waiting nearly 12 years for the project to go ahead.

In 2018, a decade after the first regulatory application, Keystone XL had 20-year shipping commitments for about 60 per cent of its capacity. In 2020, that increased to nearly 70 per cent.

The appeal of the pipeline hasn’t wavered because the end market — the massive refining cluster on the U.S. Gulf Coast — is an ideal match for the oil at the start of the pipeline in Alberta.

“Keystone XL was probably one of the largest pipeline projects proposed that would have tied Canadian supply to the U.S. Gulf coast as a bullet train express,” says Kevin Birn, chief analyst, Canadian crude oil markets with consultancy IHS Markit.

“It would have provided long-term security for both parties… The reality is it became a lightning rod for a vast array of broader societal issues around fossil fuels and energy transition.”

Owner TC Energy committed that Keystone XL would have net zero emissions at startup in 2023, and that it would be fully powered by renewable energy no later than 2030.

First Nations communities in Canada would have been project owners, holding a 12 per cent equity stake.

At peak construction, Keystone XL would have employed approximately 13,000 people in Canada and the U.S., including 2,800 in Alberta and Saskatchewan and 10,200 in Montana, South Dakota, and Nebraska.

This article first appeared on the Canadian Energy Centre website on Jan. 20, 2022.