Ontario Election By the Numbers 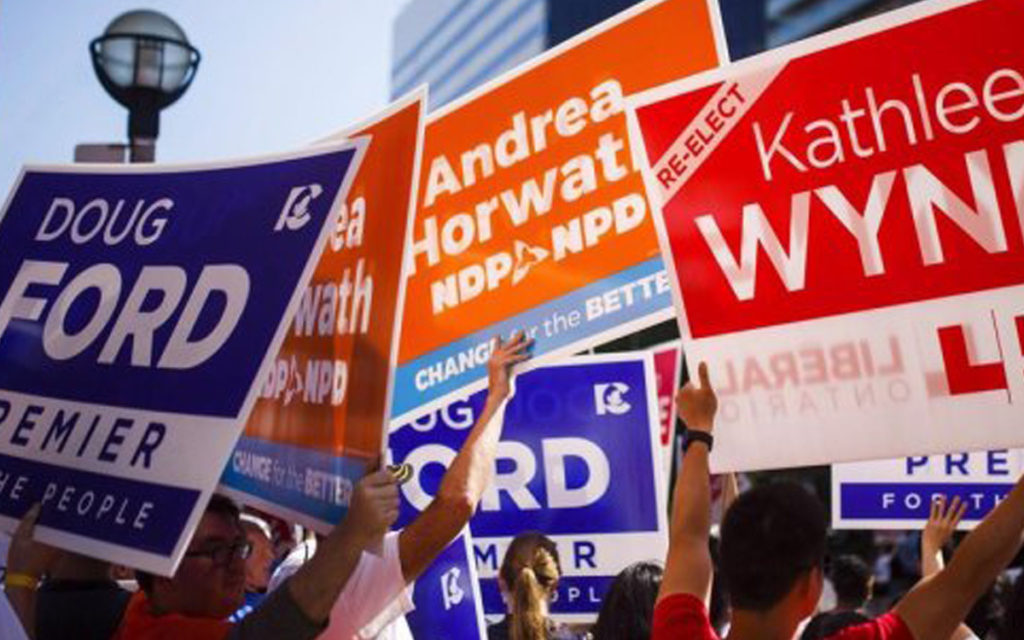 Here we go again.  Every time a conservative government is elected there is much wailing and gnashing of teeth by the left about how the election isn’t really legitimate in some way, that the proportion of the popular vote was insufficient for victory, or some similar comments.  The implication is that a conservative government was only elected because of flaws in our electoral system and not because they were really the preferred option of most voters.  It’s déjà vu all over again in the aftermath of the 2018 Ontario election.

Voter turnout was quite positive in the election, with 58 per cent of eligible voters casting a ballot.  This is the highest percentage since 1999.  The Progressive Conservatives were elected with 40.6 per cent of the popular vote.  Critics remark upon how this is not a majority result, which is true.  In our long-standing “first past the post” (FPTP) electoral system, it is extremely rare that a government of any political stripe receives over 50 per cent of the vote.  The last politician to do so in modern times was conservative Brian Mulroney back in the 1980s. Funny that I don’t recall the left lauding that result as a great example of a true majority win.  By way of comparison, Justin Trudeau’s Liberals received 39.4 per cent of the popular vote in the 2015 federal election.  Yet we did not hear an outcry from the left or anyone else about that being less than a true majority.

From the standpoint of the number of seats won in Ontario, the PCs dominated with 76 seats – 61 per cent of the total in the 124-seat legislature.  That is the number that counts for any majority win by any political party in any Canadian election, and it has always been thus.  There has been a lot of talk in recent years about changing our electoral system, and several referenda on the topic have taken place in a number of provinces.  No electoral system is perfect, and many other types of systems are practiced in other parts of the world.  The left is typically the biggest proponent of getting rid of our FPTP system, as they see an advantage for themselves in alternates such as proportional representation, ranked balloting, or others that tend to allocate seats more closely in accordance with the proportion of the popular vote received by the various political parties.  Until a majority of Canadians have a change of heart, it looks like we will be sticking with the devil we know for the foreseeable future, although British Columbia is planning yet another referendum later this year on the topic.

Despite the consistent history of Canadian elections and our long-standing FPTP system, we only seem to hear a great deal of grousing about the results when Conservatives win a majority.  Is this because the liberal sense of entitlement is so profound that any loss is viewed by them as illegitimate? Is it just another way that liberals are attempting to undermine conservatives in general? Are conservatives more fatalistic and therefore more likely to accept election results? Who knows. But one thing is certain – liberals are the sorest of sore losers, and are showing this unattractive trait yet again in the wake of the Ontario election.