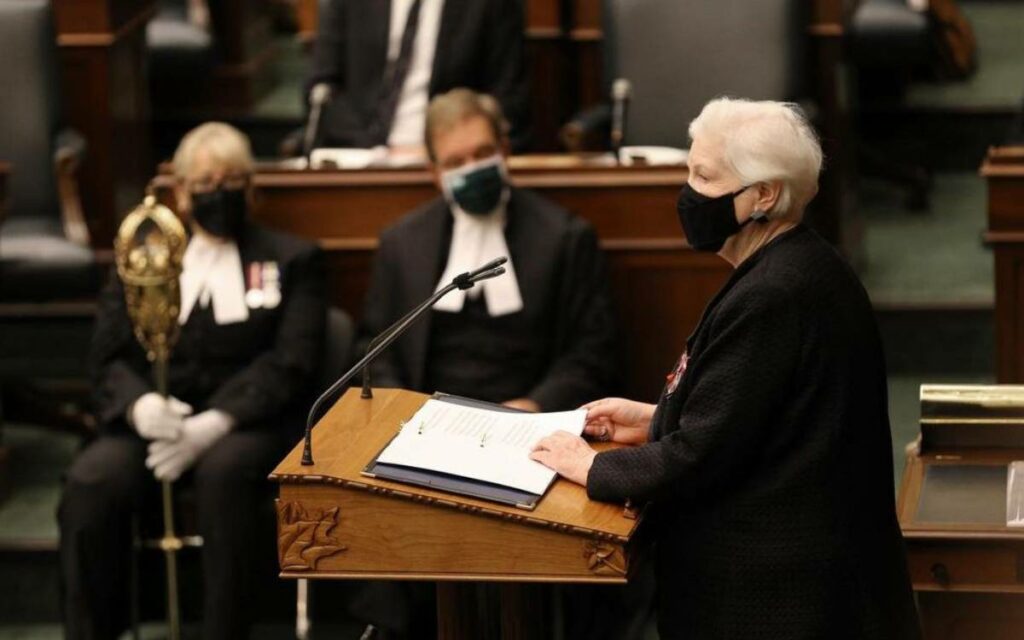 This week the Ontario government launched the second legislative session of the 42nd Parliament with the usual throne speech, read by Lieutenant Governor Elizabeth Dowdeswell. The speech was supposed to be read several weeks ago but had been delayed because of the federal election. Although speeches from the throne do not typically get into very much detail as to the government’s plans, they do set the tone for the priority areas seen by the government. This speech is of particular importance as it will presumably highlight the Ford government’s agenda for the period leading up to the next provincial election, scheduled to take place on June 2, 2022.

A good portion of the speech was focussed on the province’s recent pandemic experience, justifying the government’s actions in having the most restrictive conditions of any other province, the introduction of vaccine passports and other measures, all in the interest of avoiding further lockdowns. There were a number of acknowledgements throughout the speech of how difficult the pandemic had been for so many Ontarians.

Government priorities for the near future are to be very much pandemic-related as well, with an emphasis on building up capacity in the health care system and long-term care. The speech stated that investments in more hospital beds and nurses has resulted in Ontario now having one of the highest ICU capacities per capita among all other provinces. Significant spending of $2.68 billion is planned to increase the number of long-term care beds by 30,000 in addition to upgrading existing facilities. Other major expenditures are also slated for the long-term care sector to increase staffing. The government claims to have already achieved 60 per cent of its goals in this area.

The throne speech also noted the government’s plans for supporting post-pandemic economic recovery, emphasizing that the recovery would be based on promoting economic growth, not “painful” tax increases or spending cuts. This is a foolish commitment, as spending of all governments has skyrocketed because of the pandemic over the last 18 months or so, and those spending levels can surely not continue without rapidly bankrupting the province and the country. Reductions in spending are a logical next step once the pandemic abates and all the additional monies and support programs are no longer needed.

As for avoiding tax increases, the throne speech also called for the federal government to increase transfers to the provinces for health care to 35 per cent from the current level of 22 per cent. Should this take place – and it really should not, as Canada already spends more on health care than many other countries with better systems, and what is needed is structural change, not more money – Ontarians would be paying for it by way of higher taxes paid to the federal government to fund the change. Sadly, promises by any government right now to not increase taxes, noble as they may be, are pretty unrealistic considering the abysmal state of government finances.

Opposition parties responded to the throne speech with various criticisms, as is their job. One rather odd comment from Liberal leader Steven Del Duca was that the throne speech didn’t mention education. On that basis, the speech didn’t mention all kinds of things, but that is the nature of throne speeches, which are typically considered to be very high-level, unspecific presentations of where the government plans to go over the next few months or so, and rarely contain much detail or discussion of every possible issue.

As all political parties in Ontario are now in pre-election mode, the key priorities for the Ford government will be juggling the ongoing challenge of the unpredictable path of the pandemic while pursuing policies to get the provincial economy back on track, prevent a worsening of government finances, and prepare for the election. The only certainty is that it will be a daunting task.