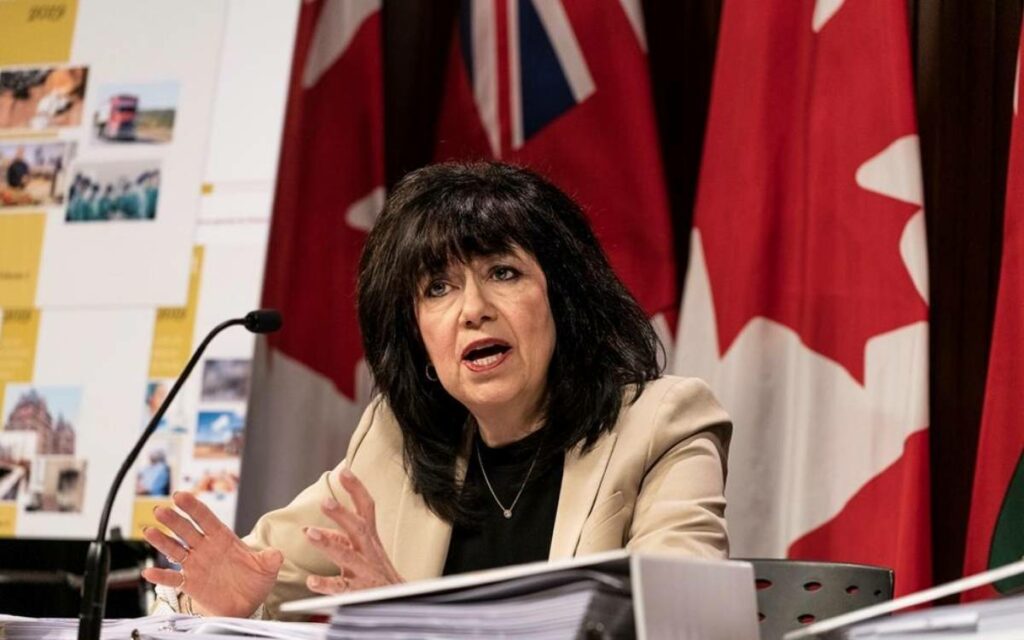 Ontario’s Auditor General (AG), Bonnie Lysyk, released her report on the provincial long term care (LTC) sector this week, and its findings were dire. The overall conclusion, not surprisingly, was that LTC homes were not equipped or prepared to deal with the urgent and pervasive range of issues involved in the COVID-19 pandemic, and the government departments involved in overseeing the sector were similarly incompetent. The result was a horrific death count of 3,756 LTC residents and 11 staff members.

The report identified three key areas that cumulatively led to the failure of the LTC sector during the pandemic. The first was that even though Canada had experienced the SARS pandemic in 2003, and numerous reports and post-mortems were conducted as to how to deal with similar situations in the future, the recommendations in these reports were not followed. This was true at the federal government level and for other provinces as well.

The second issue is that governments were aware of systemic weaknesses in long term care for at least ten years, yet successive governments did not act to remedy the problems. Issues such as staffing shortages and inconsistencies in inspection practices were well known for years but nothing was done.

The third key issue was that the LTC sector is not integrated with the health care system, such that experience with medical skill sets were not transferred to LTC facilities when they became needed during the pandemic.

Specific problems identified by the report include the fact that the most-affected LTC homes often had three or four residents to a room, facilitating spread of the virus. The report also noted that the staff at the Ministry and Local Health Integration Networks (LHINs), who are responsible for placing people in these homes, were not even aware of how many people were in these crowded quarters. Once again, although politicians surely bear a share of the responsibility for pandemic failures, the government employees who were supposed to be overseeing the ongoing operation of the system were not doing their job.

Other issues included the fact that crowding was worsened by transferring people from hospitals to LTC homes, homes were frequently short-staffed and inadequately trained, and infection prevention and control were insufficient. What’s more, limiting family from visiting their relatives in LTC homes removed an additional source of resident care and was (and is) damaging to people’s physical and mental health.

Recommendations of the report involve suggestions for such things as timely facility upgrades, better staff training, more rigorous health and care standards and inspections, and more integration between the health care and the LTC systems. Also, that there should be more centralized directives from the government as to infection protocols and other key practices, instead of leaving many decisions up to individual homes, among other things. This is a very comprehensive report, and the findings should provide good direction not only to LTC facilities in Ontario but other provinces as well.

The aging of the baby boomer generation means that a large increase in facilities or policies to handle the elderly will be needed in the coming years. Canada is one of the few countries in the world that relies almost exclusively on LTC homes to accommodate older citizens who can no longer function independently in their homes. Some analysts estimate that if the current overreliance on LTC facilities continues, we will need to see a doubling of such homes in the years ahead. But what all provinces should be considering is structural change in the sector itself and a broadening of the options available beyond the LTC sector as it currently exists.

Countries outside of North America have had considerable success with providing a number of choices for the elderly, including much more publicly-funded support for encouraging people to stay in their own homes or move to independent or assisted living apartments instead of being placed in an LTC facility. This type of mixed system not only leads to a more pleasant and empowering experience for older citizens but is less expensive than the LTC option. Countries that have successful systems, such as South Korea, Japan, and Germany, focus on such things as a continuum of care and stringent regulations and regular inspections to ensure compliance. These elements were lacking in Ontario and most other Canadian provinces.

Across Canada and in many places around the world, the elderly in long term care homes were sitting ducks for the highly contagious and deadly COVID-19 virus. It is disheartening that previous crises such as SARS did not provide the impetus for the kinds of changes that were necessary years ago. Instead, the issues were ignored by government after government, regardless of the party in power at the time.

Ontario is so far the first province to complete a comprehensive analysis of what went wrong during the pandemic and make a start on what to do about it. Other provinces will undoubtedly follow. But the jury remains out on whether we will learn from this terrible experience and make the changes necessary to avoid repeating it in the future. We all have a vested interest, so here’s hoping that we do.