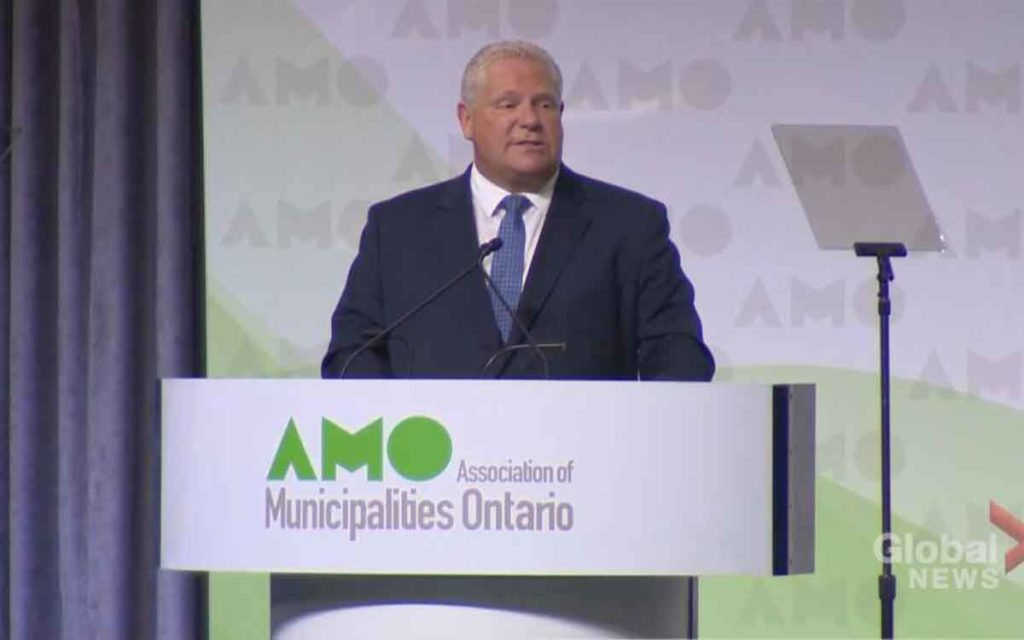 Ontario Premier Doug Ford speaks at the Association of Municipalities of Ontario conference.

“Time is up” was a recent ultimatum declared by Ontario’s Mayors to other levels of government. The reason for this sabre rattling was that municipal governments are demanding more money from provincial and federal governments or they threaten to dramatically increase taxes or reduce services.

The Chair of the Large Urban Mayors’ Caucus of Ontario, Guelph Mayor Cam Guthrie, stated that municipalities across Canada have been asking for $10 billion in funding from other governments, which includes $4 billion for Ontario.  In addition to hiking property taxes, the mayors are saying that cutting services such as transit, closing parks and reducing public health and first responders’ services are also on the table.

Interestingly, very few mayors have taken the initiative to cut back on their own spending or put any effort into economizing in municipal budgets.  Some mayors are posing the possibility of staff layoffs as a terrible consequence, when this is exactly what is needed at all levels of government, not just municipally.  Throughout the pandemic to date, hundreds of thousands of government employees that were not involved in providing services related to the pandemic continued to receive full pay and benefits while basically doing nothing.

There is no reason that government workers should not have been required to be recipients of the various government support programs that everyone in the private sector was limited to, except that all governments were too cowardly to impose this on the public sector.  If this had taken place, untold billions could have been saved which could now help with pandemic recovery programs.

What all governments should be doing right now is freezing employee compensation, downsizing their workforce via attrition, and looking at long term structural changes to their compensation packages.  Public sector pensions have been unaffordable for many years, and will be even more so in the post-pandemic economic environment.

Now is a perfect time to make the changes that should have been made long ago to render these pensions sustainable for the long term, notably by switching defined benefit pensions to a defined contribution model.

Cracking down on the abuse of sick leave in government could also save billions. There is no reason public sector employees consistently take as many as twice the number of sick days as do private sector workers, except that they are allowed to by loose enforcement of the rules.  The fact that these “sick” days fall disproportionately on Mondays and Fridays merely confirms this is abuse, not legitimate.

Toronto Mayor John Tory has of course been a regular supplicant demanding more money from the Ontario and federal governments.  Yet a year ago, when he and Toronto Council had the opportunity to support open tendering of public construction projects and get rid of the monopoly of a few unions over these projects, he chose to pander to the rich unions at the expense of Toronto taxpayers and other capable, tax-paying businesses that could work on these projects but are excluded because they don’t subscribe to the proper union.

By making that decision, Tory and his city colleagues squandered the chance to save hundreds of millions of dollars annually for Toronto and restore fairness to the procurement process.  When it comes to crying poor, John Tory doesn’t have a leg to stand on.

As far as getting government finances back into line after a crisis, history shows that expenditure reduction has much greater success than do tax increases.  In fact, considering the lack of accountability and respect for taxpayer dollars at all levels of government, providing yet more tax revenue to these bad actors is akin to giving a pyromaniac a big can of gasoline and some matches.

When municipal leaders demand more from “other levels of government”, what they are really saying is they want more money from taxpayers.  As the corny old saying goes, there is only one taxpayer, and transfers of money among levels of government is just a mug’s game to muddy the financial waters and  pretend that more taxes are not being demanded from all of us.  Private sector businesses and employees have been cutting back drastically to survive in the pandemic crisis, if they have survived at all.  It is hardly too much to ask all governments to do the same. 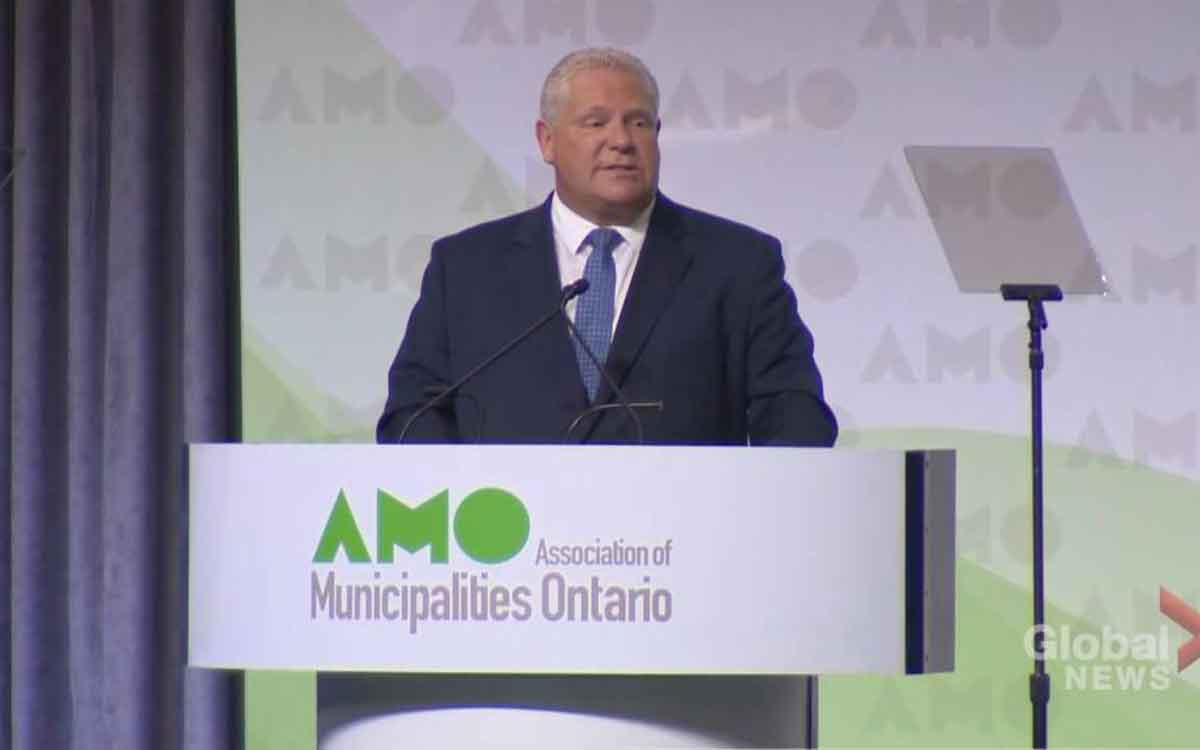