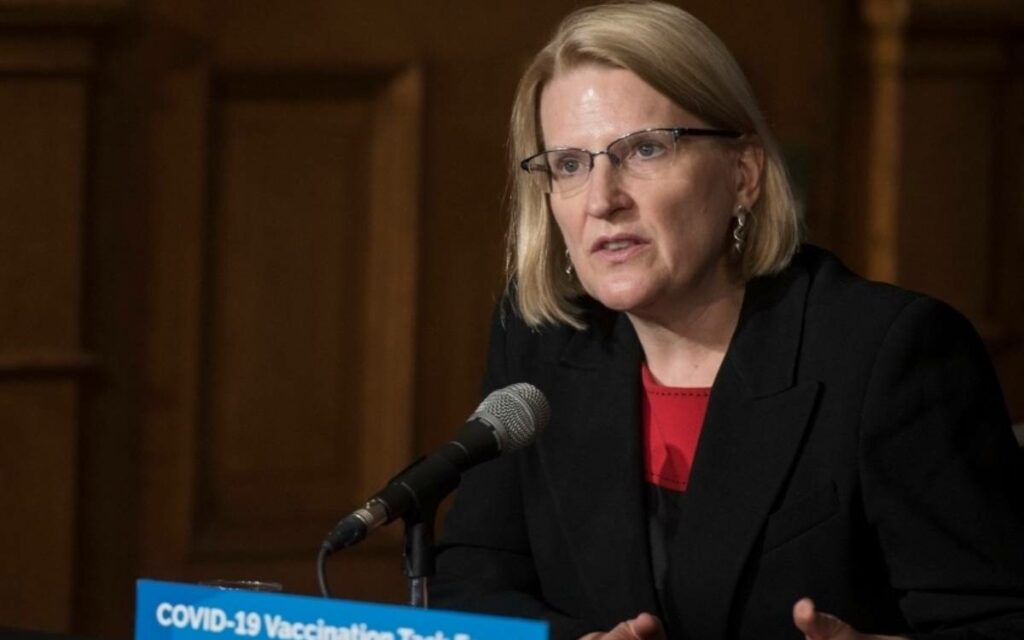 Anytime a government tries to talk about changing health care delivery for better outcomes, like the Ford government tried to do last week, the discussion is quickly shut down amidst the scare mongering over “privatization” and “budget cuts.” However, decades of excessive spending and exceedingly poor results indicate talks of change are not only worthwhile, but necessary. Pictured is Deputy Premier and Minister of Health Sylvia Jones. Photo credit: The Canadian Press/Tijana Martin

Is it any wonder that health care reform is often referred to as “the third rail” of Canadian politics. In other words, touch it at your peril.

Last week, Ontario’s Health Minister Sylvia Jones said the government was exploring “innovation and opportunities” to try to fix the province’s beleaguered health care system and that all options were on the table.

The words were hardly out of her mouth before the usual cast of critics started screaming the deadly “p” word from the ramparts – privatization! – while claiming an end to Ontario’s so-called publicly funded, universal health care system.

There are two problems with this.

First, approximately a third of our system is already privately funded and the system is far from “universal”. Just ask anyone who is paying out-of-pocket or through their employer’s health insurance plan for badly needed physiotherapy after an accident or major surgical procedure.  Or how about long-term care? Or drugs?

Secondly, we pay for eligible medically necessary services by plunking down our OHIP cards, not our credit cards, and the government has no intention of changing that.

One can criticize the minister for the ham-handed way she stumbled into the controversy in the first place, but both she and Premier Doug Ford were pretty definitive amidst the din in follow-up public statements.

“No, no, no” Minister Jones yelled in the Legislature in response to the hysterical Opposition questioning. “OHIP cards are used in the province of Ontario to fund publicly funded health care systems – that will continue under our watch.”

It might be amusing if it wasn’t all so serious.

Independent health measures consistently show that Canada’s health system spends more than our western democratic peers and gets worse results. For example, we continually lag on the number of beds, major diagnostic equipment or nurses and family physicians. But anytime a government tries to talk about changing health care delivery for better outcomes, the discussion is quickly shut down amidst the scare mongering over “privatization” and “budget cuts.”

Of course, spending more is the usual solution trotted out by Opposition parties. But Ontario’s health care system, like its provincial counterparts, already absorbs about 40 per cent of all provincial revenues. And the Ford government has increased health care spending by about 22 per cent since it was first elected in 2018, well above inflation and population growth.

And that does not include all the special COVID spending!

What gets lost in the hubbub is the system’s desperate need for fundamental change. Unless you have been living under a rock lately, you will know that it struggles, even in good days, to keep up with demand. And almost three years of the COVID pandemic have caused significant damage that could take at least that long to fix.

Hardly a day goes by without another media story about shut-down emergency rooms, burned out health professionals or growing wait lists for medical procedures. It is clear that the government is feeling the pressure.

But more fundamental change is clearly needed. The question is, what?

Many options are out there, and many examples of successful practices exist in other western democratic countries, like Switzerland and Norway. The government has already floated one idea to make more use of private sector delivery efficiencies for commonly done procedures like hip and knee replacements or cataracts.

So Premier Ford, what’s the plan? Where exactly are we going? You have now opened the pandora’s box. You have the power of a large majority government with an election mandate to “get it done.” You have the luxury of a four-year runway to the next election. You have braved controversy before.

Ontarians need you to succeed.