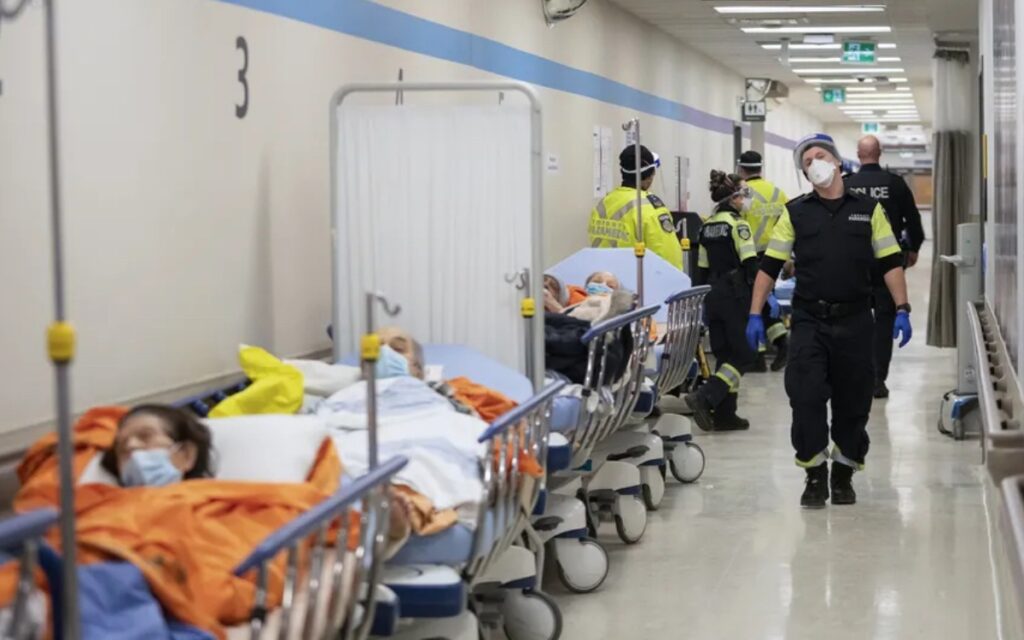 There are no quick fixes or silver bullet solutions. It will take time, increased resources, creativity, and better cooperation between government and those on the front lines. Photo credit: The Canadian Press

As one watches the Doug Ford government wrestle with the current health care crisis, several observations come to mind.

First, one needs to remember that in government, there are rarely right or wrong choices, only a series of less wrong choices. Every policy choice has consequences, sometimes as bad or worse than the original problem you were trying to solve. It often feels like a game of whack-a-mole. Hammer down one peg and another one pops up.

Take the problem of the so-called “bed blockers” – elderly patients who no longer need intensive hospital care and instead, should be in long-term care homes. In the meantime, they occupy an acute care hospital bed while they wait.

To try to fix the situation, the government is passing legislation so that hospitals can more quickly discharge these patients to the nearest available long term care bed, regardless of whether or not the patient wants to choose that facility.

This could this be part of the solution for overcrowded hospitals. But many long-term care homes face the same challenges as hospitals – not enough beds and not enough staff. So easing hospital pressures will only increase pressures on long-term care facilities, still struggling to recover from the pandemic.

It is also useful to remember that one reason for the long-term care bed shortage is that a previous Liberal administration followed the experts’ advice to stop building as many brick and mortar long-term care beds and instead, just increase funding for home care. Seniors would “age in place” in their own homes. But without family, friends or neighbours, home care could never adequately meet all the needs of a frail senior, isolated at home.

The current government is trying to build more new beds like crazy, but even with accelerated approval processes, it will still take time to catch up to the need.

Which raises another observation – there are no quick fixes to what ails our health care system.  Despite the urgency of people stuck on hallway stretchers or emergency departments closing early, the government has few choices that will have a fast impact.

Training new people takes many months to many years, depending on the health care worker, so the government is pushing Ottawa to bring in more foreign trained professionals and directing health care regulatory bodies to license new doctors and nurses more quickly to try and meet staffing needs. But that too takes time as new applicants wrestle with language and cultural differences and learn different modes of health care practice.

Finally, a wise government also needs to recognize that it can issue all the laws and directives it wants, but it is others who actually have to execute those directions. So, working with stakeholders becomes critical. Issuing directives from on high, with little solid consultation with those who have to deliver them, is a recipe for disaster.

Health care has many organizations and individuals who understand the value of being in the room with government while it is wrestling with problems, offering advice, rather than being out on the sidewalk with a placard, or attacking the government of the day in the media.

Even the most experienced governments need the counsel and advice of those on the front lines.

But such consultations can help a government make better, more informed choices. And having a better understanding of what the government is trying to achieve can help those organizations make it happen more effectively.

Sound unrealistic? Perhaps. But the stakes for our health care system are too high this time not to try.