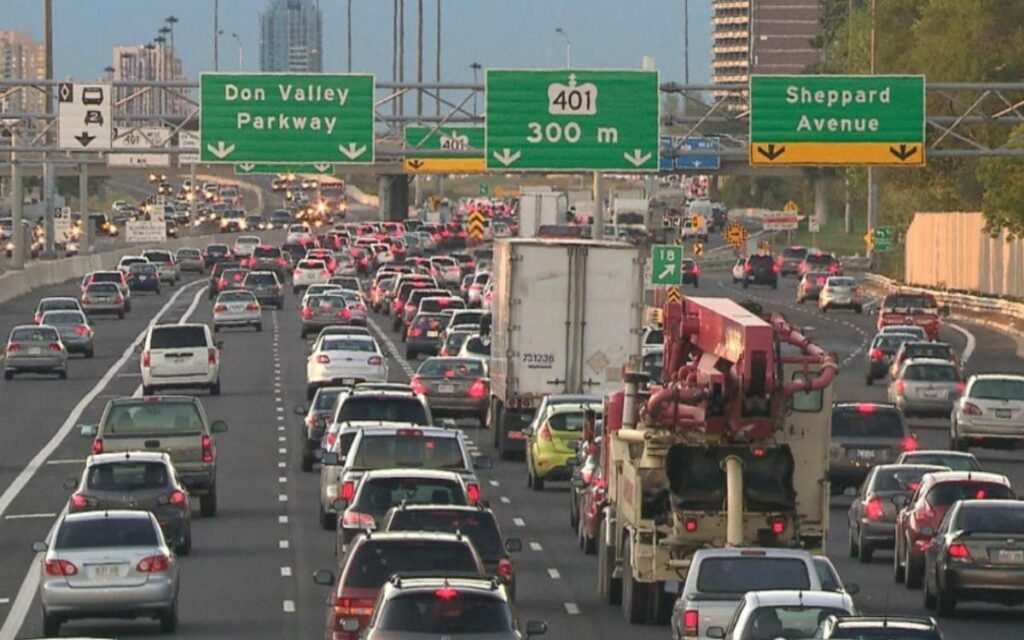 Maybe it’s that the number of the Highway is unlucky, but recent months have seen opposition grow to a proposed new 400 series highway, called the GTA West Transportation Corridor or Highway 413.

Consideration of a highway in this area – running east-west across York, Peel and Halton regions – has been underway since the early 2000s. It was contemplated for several years by the previous Liberal government, before being shelved in early 2018 by then-Premier Kathleen Wynne on the premise that a new highway was not needed.  The project was revived by the Ford government in 2019 in response to growing traffic gridlock in the GTA, and various studies are currently underway including an environmental assessment which is not expected to be completed until the end of 2022. The project is estimated to cost $10 billion, and would provide a much-needed boost to the province’s pandemic-damaged economy.

Following the Ford government’s announcement that the project was once again being considered, all of the environmental lobby groups were quick to criticize the “preferred route” for the new highway.  But the truth is that no route would satisfy the groups that consistently oppose these types of projects on principle, no matter how necessary they may be and the economic benefits they would bring.  The state of development in the GTA at present is such that any new highway would have to eliminate existing farmland and cut through the Greenbelt and other sensitive territory to some extent as there simply is nowhere else such a project can be located.

A key initial justification for the new highway was that it would be utilized largely for freight traffic, which would be diverted from other east-west routes and relieve congestion on those routes in the process.  As Toronto and the surrounding area continues to grow as a distribution hub, there will be a need for a commensurate increase in truck transportation of goods.

Along the proposed route itself, there are many supporters and opponents alike that have gotten to the point they would just like some certainty with the “on again, off again highway”.  Many of the farmers who would be affected are in favour of selling their land at attractive rates, while others would prefer to retain the existing land for agricultural use.  But everyone would like a decision to be made one way or the other and put an end to the uncertainty.

Among the various municipalities that will be directly affected by the new highway, opposition appears to be growing.  Mississauga, Halton Hills and Orangeville had already lodged formal objections to the project based on expected negative impacts on the environment in the region.  And just this past week, Vaughn council dealt the project another blow by voting 5-4 to rescind its previous support, in a decision that still needs to be ratified at the next council meeting.

Although this highway project has been under consideration for almost 20 years, the recent pandemic may have added a new twist.  Opponents of the project are now arguing that the fact so many people have been working from home and commuting much less during the pandemic will change traffic patterns permanently, and eliminate the need for a new highway.  Although this argument may have merit in the short term, it is difficult to believe that the GTA will not continue to grow in future and eventually require expanded infrastructure to accommodate that growth.

It is interesting that some of the very same constituencies that favour significant increases in immigration, as the federal Liberal government is now facilitating, are also staunch opponents of the type of infrastructure projects that are necessary for population growth in major urban areas where the vast majority of immigrants typically choose to settle.  The same hypocrisy in present in the advocates for more available housing, who also tend to oppose projects such as new highways despite their necessity if new housing development is to occur.  There are only so many condos that can be built in the GTA, and traffic gridlock is already hampering the economic productivity of the region and affecting people’s quality of life.  The odds against Highway 413 do not look good in the short term, but unless the goal is to completely put a stop to growth in the GTA region, something’s gotta give sooner or later.