Optics matter when it comes to Conservative leadership race 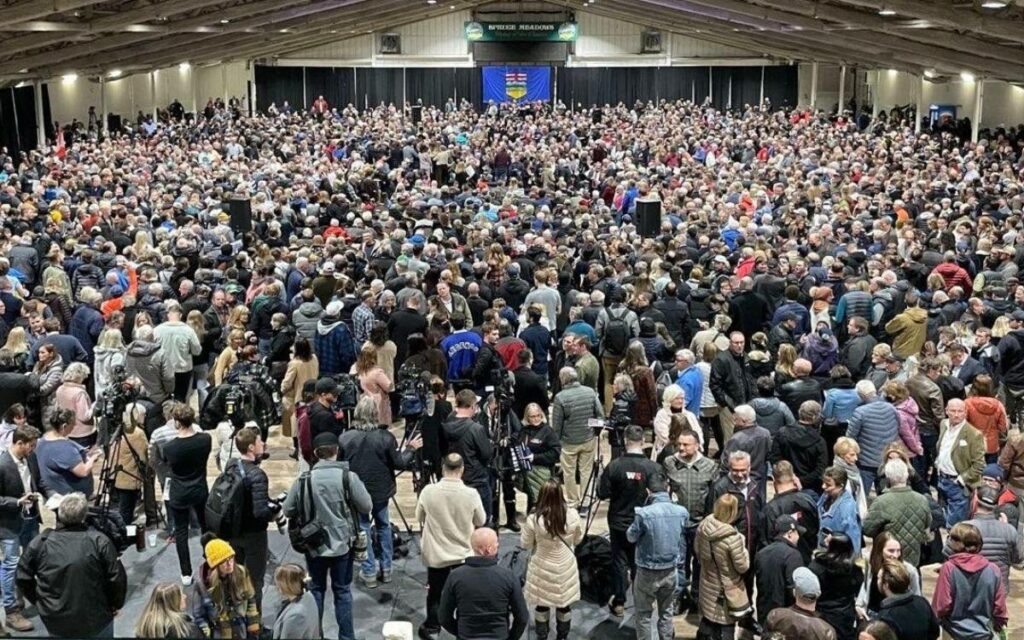 Love him or hate, one thing is for sure: Pierre Poilievre can draw a crowd. Several thousand spectators packed the Spruce Meadows sports facility in Calgary on Tuesday, April 12 to watch the leadership hopeful speak. Photo credit: Twitter/Pierre Poilievre

It was the summer of 2015 and the election had just been called. As any good staffer employed in politics does, I answered the call of duty and packed up my suitcase to head West to do my part to ensure the Conservatives stayed in power and the Harper government legacy would live on.

Despite knocking on thousands of doors and getting a muted response from individuals who had been party supporters for decades, it didn’t dawn on me that we might be in trouble until our campaign got a call from Ottawa. The Prime Minister would be coming to town for a rally, and it was our job to find a thousand people to fill a shipping warehouse to the brim with loyalists. Sounds easy enough, right? After all, one would assume that for a small community, having the Prime Minister come to town would be the event of the year.

Wrong. While we managed to pull in several hundred people, we fell short of the venue capacity limits, and it crippled our local campaign by diverting volunteers and campaign staff away from the doors at a time when we needed to be making our campaign pitch directly to voters.

The central campaign understands that events like the one I just described are taxing on local campaign teams who are stuck doing much of the leg work. But the truth of the matter is that these big, impressive campaign stops will be part of any serious campaign plan, because optics matter. People want to be part of a movement, especially when it has all the makings of a “runaway freight train”.

Which brings us to Pierre Poilievre. The man running to be Canada’s next Prime Minister. Over the last number of weeks, he’s packed conference rooms, ballrooms, and event centres with thousands of people. The truly shocking part, even for someone who has been behind the scenes in pulling rallies like this together for years, is how effortless he and his team make it all look.

It’s clear that the Poilievre campaign team has bet big on optics as a communications tactic. And this strategy is likely for three reasons.

First, it kneecaps rival campaigns. Having a visual representation of your opponent’s momentum splashed across social media is challenging at the best of times, but is especially problematic when you yourself can’t replicate it. Media, pundits and casual observers are already doing a side-by-side comparison and using these event head counts as a metric for early predictions of who will win the Conservative leadership.

Secondly, and I say this from experience, nothing is more demoralizing for campaign staff and volunteers than thinking you are going to lose. People who sign up to help on a leadership race usually have a personal stake in helping their candidate win, and they pour their heart and souls into these jobs.

And finally, it puts the Liberal Party in a bind. It remains to be seen whether Justin Trudeau will stay or go before the next election. This is important because while he has made his fair share of missteps over the last six years, he has name recognition behind him and can still draw a crowd. Swap him for an unknown, untested replacement and expect chaos to ensue within the party as it struggles to define itself in the face of a popular opponent who has built a movement and is itching for a fight on primetime.

There are a number of obstacles still in the way for Poilievre, the most pressing of which is winning the party leadership. In the event he pulls it off however, he would be well served to continue on with the current strategy and bet big on optics as he heads into a general election. After all, a picture is worth a thousand words.