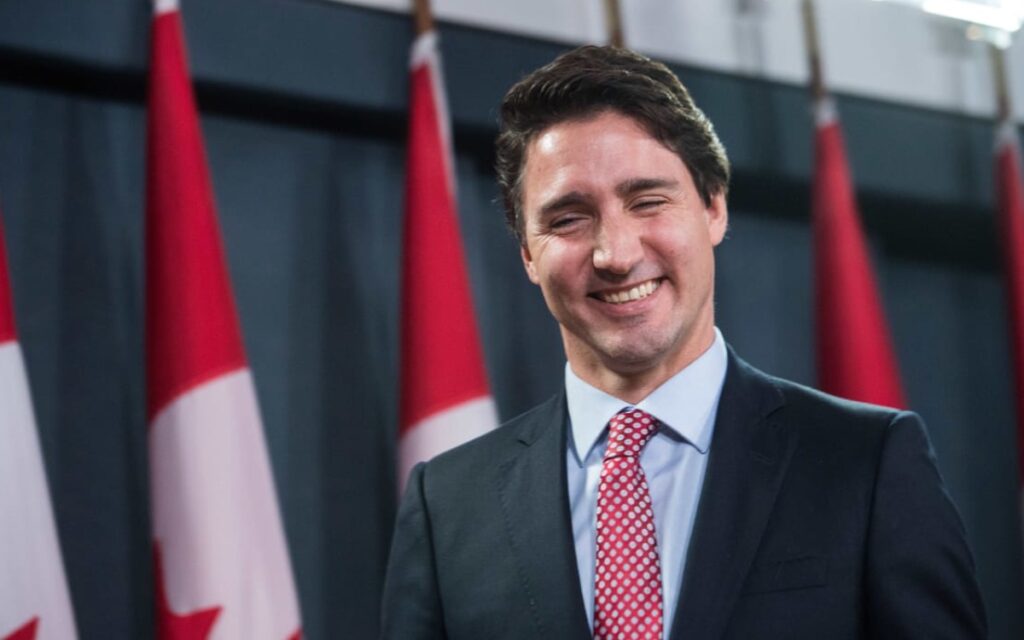 From a near-$400,000 hotel bill, to menstrual products in men’s washrooms, to the PM’s assertion that the Ukraine conflict is “absolutely accelerating” Canada’s energy transition, things in our Nation’s Capital continue to get beyond silly.

It is challenging to know exactly how to describe the absurdities unfolding and taken as acceptable and “a new normal” in Ottawa. Every week stories are revealed that defy a reasonable explanation. Take this week for example.

It was uncovered that the hotel bill for the Canadian delegation to Queen Elizabeth’s funeral cost $397,000 for five nights. The block of rooms reserved at the Corinthia Hotel in London included a room suite that cost $6,000 per night. It came with a complimentary butler service.

The government is refusing to reveal who would possibly have requested the $6,000 per night room; although Governor General Mary Simons (embroiled in her own entitlement fiasco) has been quick to make public that she was not the occupant.

The obvious answer is that Prime Minister Justin Trudeau was the one enjoying this luxury. However, it would be hard for him to admit the expensive five-day stay when he is crowing about the empathy he has for Canadians and his extra GST tax rebate cheques and the generous one-time $500 payment for low-income renters.

In the same vein, recently, it was revealed that the Trudeau family is billing taxpayers approximately $55,000 per year – more than $1,000 per week – for their groceries. PM Trudeau can be excused for not fully appreciating the impact inflation has had on Canadians’ grocery expenses when he does not have to pay for his family’s food. Indeed, Trudeau is fortunate that none of his $357,800 salary needs to be spent on food – or gasoline for that matter.

Part of this taxpayer-funded grocery bill is a $1,000 price tag for bottled water or in Trudeau’s own words “away from plastic towards paper, um, drink box water bottle sorta things.” As it is, it is rich to think that the PM’s family water bill is equal to the amount a couple of the low-income renters are receiving from his generosity.

Another absurd Ottawa story came to light this week when it was revealed that the government would be placing menstrual products in men’s washrooms. Kudos to Matthew Lau who exposed this matter and had the nerve to write about it in the Financial Post.

In a 10,000-plus word report authored by four government departments – Employment and Social Development, Indigenous Services, Natural Resources, and Transport – the Trudeau government has concluded: “A lack of access to menstrual products in men’s toilet rooms has raised concerns regarding washroom equity.”

The action to be taken in all federally regulated workplaces (government buildings and places like airports) is to place menstrual product dispensers and products in all men’s washrooms as well as disposal containers in every toilet stall.

The estimated cost of the new regulations is $116.6 million.

Matthew Lau makes the observation, “There is, at bottom, no accounting for regulations compelling employers to put women’s products in men’s washrooms, except that the federal government is flamboyantly committed to demonstrating its wokeness and wasting everyone’s money.”

One final note on this matter is to recall in the 2022 Federal Budget, Finance Minister Chrystia Freeland announced a national menstrual equity pilot project that was to cost $25 million over two years. The pilot was to create a program making menstrual products available to all Canadians, in particular, people who are racialized, gender nonconforming, disabled and experience other forms of marginalization.

As follow-up, a spokesperson for Marci Ien, the Women and Gender Equality Minister, said she is intent “to make menstrual equity a reality… Supporting people that menstruate is long overdue and is part of our government’s plan to build a more equitable Canada.”

That apparently includes men. Simply put, one cannot make this stuff up.

PM Trudeau this week also added to his already long list of quotable quotes in commenting on the energy crisis in Europe and his government’s reaction to requests for Canadian oil and gas. In an interview at an Ottawa conference with Bloomberg climate reporter Akshat Rathi, Trudeau asserted that the Russia-Ukraine war will accelerate the green energy agenda in Canada.

Rathi asked the PM, “Will the Russian war in Ukraine delay Canada’s energy transition?” Verbatim, this was Trudeau’s answer: “No, it’s accelerating it, it is absolutely accelerating it. As people are saying, ‘Wow, ah, we, you know, built an economic model and a prosperity in some parts of the world – including in Europe – that was reliant, including in some parts of Europe, that was reliant on energy with inputs from Russia.’ As they have to get off of that, people are realizing that, okay, getting off Russia oil and gas means to get onto more oil and gas to replace that from elsewhere. But it is also showing that, okay, we need to accelerate, our, ah, move off of oil and gas, or our move to decarbonize the gas at least, so that we can actually not be reliant on Russia.”

Much has been written about German Chancellor Olaf Scholz’s visit to Canada and his request for increased gas exports. And Trudeau’s response was to propose a hydrogen pilot project that could be operational and exporting gas by 2030. And Scholz made a subsequent visit a few weeks later to the Middle East to sign a trade deal for increased gas shipments from the Saudis.

Much has also been written on Trudeau’s press conference where he stated there has “never been a strong business case” to export Canadian energy to Europe from the east coast. In response, more than 100 business leaders in Canada’s energy industries took out a full-page add to educate the PM on the sector and what it has to offer the world – and the environmental roadblocks imposed by the Trudeau government that makes it impossible to begin an oil and gas project in Canada.

Little has been written about Trudeau’s “it’s absolutely accelerating it” comments. Then again, what is to be made of the PM’s desire to halt oil and gas development in our country at a time when so many are in dire need for it? Although it was not as concisely stated, those recent comments by the PM rank right up there with his assertions, “The budget will balance itself,” “We will grow the economy from the heart out,” and “The pandemic provides us an opportunity.”

So, to reflect on the original question: how to describe the absurdities reported from our Nation’s Capital? The actions and statements are non-sensical, and many hypocritical. On good days, perhaps, they can be seen as disrespectful of Canadians and their common sense. On bad days, one might cynically conclude they are products of Trudeau and Co., who have no regard for the impact their actions are having on the country and its citizens.