Our current political leaders could learn a lot from Bill Davis 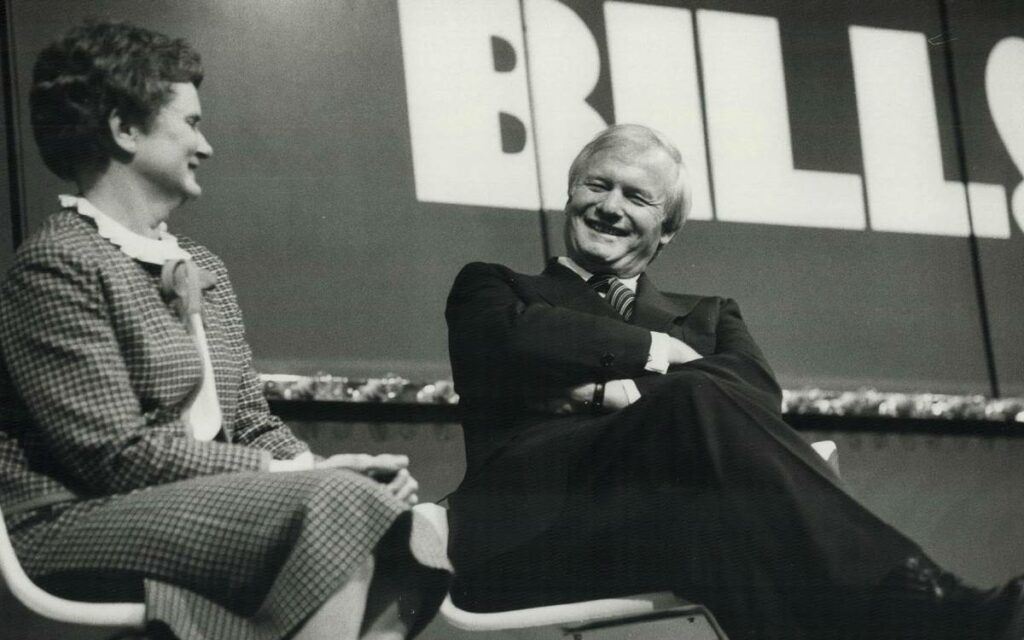 A week ago, former Ontario Premier William Davis passed away quietly at his Brampton home at the age of 92. His death sparked an avalanche of emails, columns and social media postings from those whose lives he touched in so many positive ways.

Even former political foes shared warm and humorous memories of their time facing off against Davis and his “Big Blue Machine”, as his successful political organization was dubbed.

Watching the outpouring of affection, one is hard pressed to name a politician currently in the game whose death might prompt such comments.

Of course, it was another time in politics, and one wonders how a man who treated all with such respect would fare in today’s environment of the “politics of destruction,” as one commentator described it.

Still, his life in politics offers important lessons for the many candidates now knocking on doors in the federal election and even, dare say, our Prime Minister.

Davis too almost lost government in the 1975 provincial election when his solid majority turned into a narrow minority. He hung in for two years and then, eager for another majority, manufactured a reason to go back to the hustings early. He was rebuffed by an Ontario electorate who saw no reason for such a move. They handed him an almost identical minority Legislature.

Make it work, the voters said, and he did, for four years; not by political tricks that undermined the democratic process but by working with the Opposition parties to find practical solutions to the day’s problems. Voters rewarded him with a strong majority government in 1981.

Some of the most effusive praise for the premier came from those same Opposition politicians who faced him during that time. Both former Premiers Bob Rae and David Peterson, who came to power after Davis retired, were quick to agree that had he run again in 1985, instead of retiring at the peak of his popularity, he would have wiped the floor with them in electoral terms.

Of course he was a partisan and a highly competitive one at that. He loved the cut and thrust of the daily Question Period and toying with reporters who despaired of ever getting a pithy quote from him.

But at heart, he was a pragmatic Progressive Conservative who did not let that competitiveness get in the way of his human decency, of his ability to treat with respect everyone from a junior staffer in his office to the heads of other governments, from Mr. and Mrs. Front Porch to Bay Street titans.

For him government was not the enemy. But he strongly believed that voters deserved competent government that did not try and run their lives.

While often criticized for his “bland works” style and his tendency to prevaricate, he had the courage to make tough decisions when necessary, because he thought it was the right thing to do, even at the expense of losing support in his own party.

He was always totally unflappable, recognizing that an important quality of leadership was to appear confident and in control, even in the midst of crisis or personal turmoil.

He built Ontario’s successful college system, expanded the university system, reformed the education curriculum, created the first province-wide infrastructure program, appointed the first woman to the Ontario cabinet, set up the first Ministry of the Environment, established the regional Go-Train system, expanded the regional highway network, fully funded the Catholic school system with all-party support in the Legislature – the list goes on and on.

A fierce defender of Ontario’s interests, he also knew when to put the country’s interests first. His pragmatic approach and his ability to find compromise were instrumental in forging the national consensus that brought Canada’s constitution home, complete with the Charter of Rights and Freedom.

Yes, it was another time. As the saying goes, “the good ole’ days were formerly known as these trying times.” The political environment today is a very different world from that Premier Davis faced.

Yes, it is unfair to use the standard of Bill Davis to measure today’s leaders. But watching the political world unfold around us, one can’t help but yearn for leadership that seemed so capable of bringing us together for the greater good.