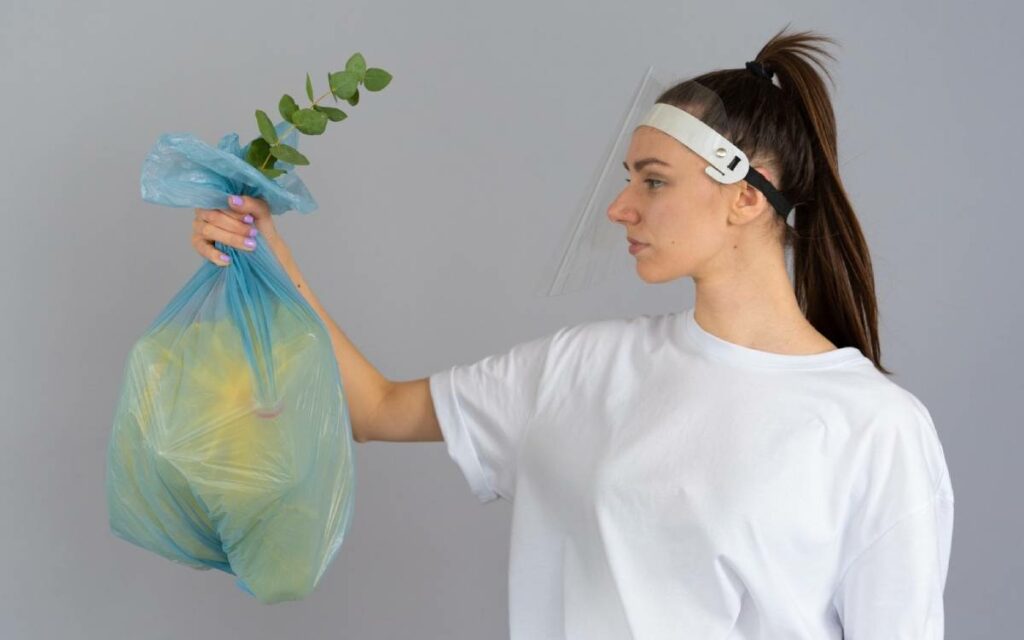 Last year, Niagara Region moved from weekly to every-other-week curbside waste collection. A recent report presented to the Public Works Committee suggested the shift is primarily responsible for an increase in materials diverted away from landfill. In fact, the ongoing pandemic has had a far greater impact on the perceived transformation of Niagara’s waste disposal habits. Photo credit: Pexels/Mikhail Nilov

The report tabulated the garbage, organics, and recycling tonnage collected by regional waste management services between mid-October 2020 (when every-other-week collection started) and March 2021. It then compared that to the same values over the same time frame from one year prior.

The results were clear: less garbage and more organics and recycling were collected by regional waste management services from mid-October 2020 to March 2021 than were retrieved from the curb when Niagara residents enjoyed weekly waste collection in the six-months prior to April 2020.

According to the report, the tonnage of traditional garbage collected fell by close to 16 per cent, while the tonnage of organics and recycling increased by 34 and 12 per cent, respectively.

Reaffirmation of the Narrative

Many councillors and in the local media took the report at face value and chiefly attributed (implicitly or not) the statistical swap to every-other-week curbside collection.

Regional Chair Jim Bradley said he was “very encouraged” by the results.

“It’s a demonstration that if you challenge people to do the right thing environmentally, overwhelmingly people will do it.”

But were those council members and local media sources who affirmed the proposed narrative correct in their estimation that the shift was principally the product of twice-monthly pick-up?

To be clear, the shift appears to have had some impact. Though, there were several other contributing factors at play outside of every-other-week collection — all mostly centred around a simple, fairly obvious event.

Per regional staff’s own May 11 report, as well as a previous report brought before committee in April, the COVID-19 pandemic has had and indeed continues to have a considerable effect on the generation of household organic waste.

In 2020, Niagara generated a total of 34,650 tonnes of source separated organic waste, a 5,600 tonne increase from the previous three-year average. According to staff’s April 13 report, the increase was the result of “both the COVID19 pandemic and the transition to Every Other Week (EOW) garbage collection”.

Thus, by staff’s own estimates and admission, the pandemic contributed more to increased green bin use than council’s switch to every-other-week curbside collection.

Similar trends have been seen across the province. For instance, in Ottawa — which notably has had every-other-week waste collection for nearly a decade now — saw a 15 per cent increase in organics collected by waste management services between 2019 and 2020.

According to a report set to go before the city’s Standing Committee on Environmental Protection, Water and Waste Management on May 17, 36 per cent of Ottawa residents “reported using the green bin more during the pandemic because they eat and cook at home more.”

There is also evidence that many people are over-purchasing (thus, wasting) perishable items — a result of panic-buying, not wanting to return to the grocery store too often, and/or over-estimating item volume when ordering groceries online for delivery or pick-up.

Simply put, the 34 per cent increase in organics tonnage is not solely (probably not even primarily), the result of Niagara’s shift to every-other-week waste collection.

Recycling Increase Explained
Per regional staff’s May 11 report described above, not only did Niagara’s organics generation increase considerably in one year, so too did the area’s recycling (blue/grey bin) tonnage. According to the report, “curbside recycling tonnages have increased 11.9 per cent since the start of EOW [every-other-week] garbage collection”.

Here, again, staff implicitly credit the increase to every-other-week garbage collection. Like with organics, it’s likely that the change in collection frequency had some impact on recycling habits, but there are several other pandemic-related factors contributing to the increase.

First, alcohol bottle and can returns have seen a dip throughout the pandemic (while alcohol consumption, especially early on, has seen an uptick).

At the outset of the health crisis, the Beer Store stopped accepting returns at most locations for about a month. It then only gradually added more return stores, with many operating at limited capacity for several months. Today, all Beer Stores are back to accepting daily returns. However, in an ongoing effort to limit physical contact with others, many people continue to take the safer, more convenient route of simply recycling their bottles and cans in the blue bin.

Second, many reuse programs were at one point or continue to be suspended because of the pandemic. For example, the Bulk Barn suspended its reusable container program almost immediately in March 2020. Similarly, Tim Hortons, Starbucks, and Second Cup all stopped accepting reusable cups by May of last year. The result has been more coffee cup lids and plastic Frappuccino containers in the blue bin.

Finally, either by necessity or by choice more and more Canadians started or increased shopping online during the pandemic, having purchases shipped directly to their homes. With more shipping comes more packaging, and with more packaging comes more recycling.

One would think, given the logic of the aforementioned, that the pandemic would increase garbage accumulation alongside organics and recycling. That may be the case for residential properties, but not for the myriad businesses that were or remain closed or limited in operation.

As acknowledged by staff, the data used in the May 11 report includes not only waste collected at people’s homes and apartment buildings, but also waste collected from certain Mixed-Use (MU) properties and properties in the Industrial, Commercial, and Institutional Sector (IC&I) — at least those that use Niagara Region’s curbside collection, both outside and inside designated business areas (DBAs).

Long story short, the tonnage calculations include select businesses — including restaurants, retail stores, hair salons, fitness centres and the like — that have been producing far less waste during the pandemic.

That said, the report does state that “the majority of the waste [collected by municipal services] is generated by the residential sector”. However, “majority” is an incredibly vague term. It simply means more than half. IC&I and MU properties could well contribute up to 49 per cent of the waste collected. Even if the figure is somewhere in the 15 to 25 per cent range, that is a statistically significant portion of all waste collected at the curb in Niagara.

Importantly, the same phenomenon would not affect (decrease) the amount of organics and recycling generated in the same way it has affected traditional garbage. On the whole, businesses really aren’t that committed to environmentally friendly waste disposal.

Although regional staff, council members, and others were quick to credit the simultaneous decrease in garbage going to landfills and increase in organics and recycling usage to every-other-week curbside collection, the reality is much more complex.

It seems that the ongoing COVID-19 pandemic has had more of an impact on the shift to environmentally friendly waste management practices than any policy change put forward by Niagara Regional Council. 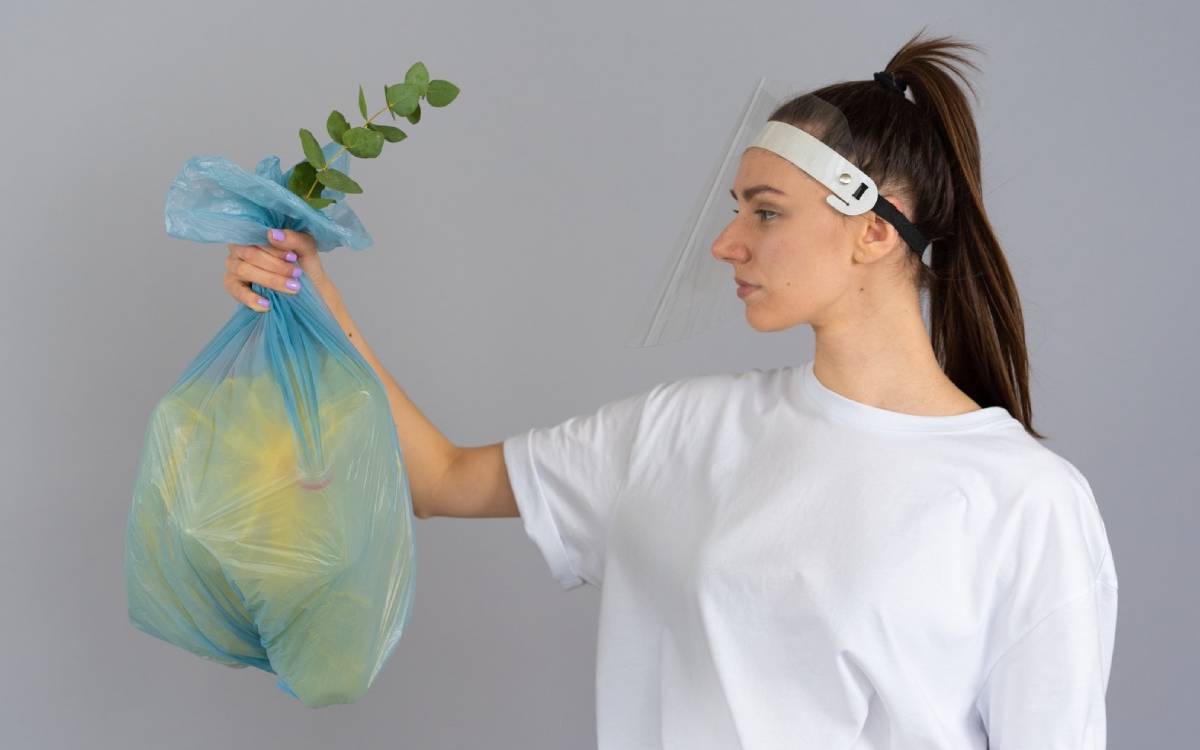