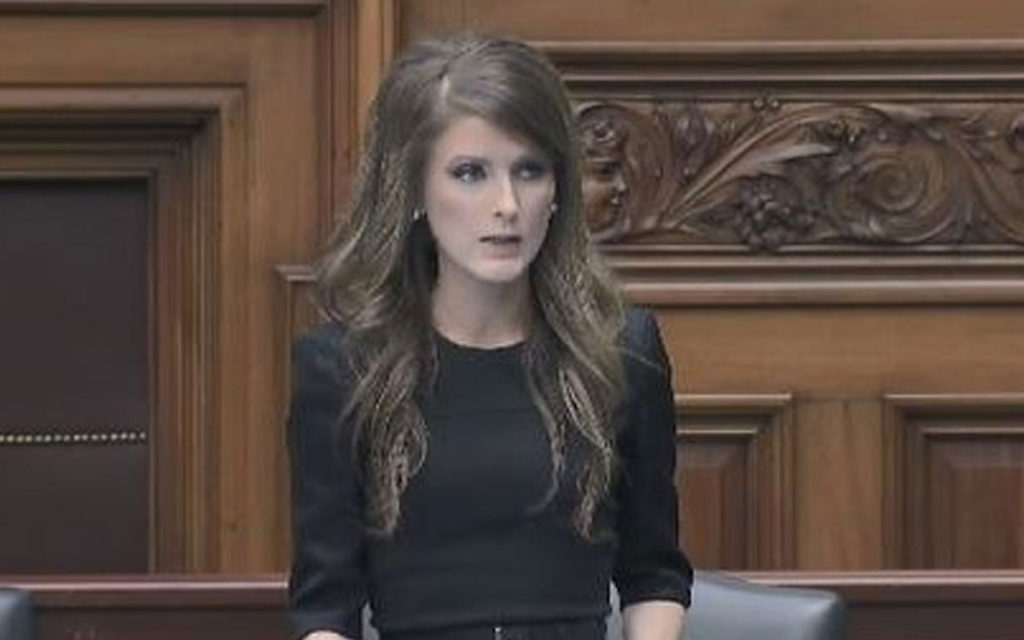 MPP Amanda Simard has left the PC party to sit as an independent.

In retrospect, the enormous flapdoodle that has erupted over changes by the Ontario government to French language services was probably predictable. The whole bilingualism issue has always been a touchy hot button over which many political battles have been waged. As is always the case with war, the first casualty is truth.

When examining what the government actually changed, it would be difficult to see such an outpouring of opposition for most other issues. The proposed changes to French language services did not involve reduced spending, but rather a realignment of the bureaucracy that oversaw such services. The changes included the elimination of the French language commissioner, whose functions were to be moved to the Ontario Ombudman’s portfolio where there is perfectly adequate capacity to handle them. There was also the matter of the cancellation of the last-minute announcement by the previous Liberal government of a French language university. Because several well-established French universities already exist in the province, it is difficult to justify creating a new school of this type, especially when the finances of the provinces had been left in such dire straits by the Liberals.

Despite these facts, there is always much political hay to be made from such a volatile issue. Even Justin Trudeau has felt it necessary to enter the fray, sensing of course the prospect of Ontario francophone votes in the 2019 federal election. Progressive Conservative MPP Amanda Simard, who hails from a riding largely composed of francophones, has left the PC caucus and at present plans to sit as an independent. Protests have taken place around the province, organized by various francophone groups.  The Ford government’s response to this uprising has been to back off most of the reforms it originally proposed, with the exception of the French university.

Overall, this appears to be a rookie mistake by a relatively new government that is moving quickly to implement its agenda and greatly underestimated the blowback on a sensitive issue. In all likelihood, the Ford government will tread a little more carefully in the future and do more due diligence before moving forward. Every new government faces a sharp learning curve, especially a conservative government that has much of the left-leaning media and other observers just waiting to pounce on any misstep. If the Ontario government does learn from this unfortunate experience, the uproar may well be worth it in the long run.

The ever-cynical and calculating Kathleen Wynne made many expensive promises just prior to an election that even she admitted she knew the Liberals would lose. It is very difficult to see these actions as anything but a deliberate effort to put the incoming Ford government in the difficult position of having to retrench on many of these promises, angering various constituencies who took the Liberal promises seriously. If the Liberals had truly believed that such a thing like a French university was important for Ontario, why had they not implemented this earlier in their long stretch as provincial government? Because they didn’t believe that, but wanted to plant as many poison pills as possible for the PCs. Pretty disgusting behavior, even considering the track record of deception and artifice that characterized so much of the Liberals’ Ontario reign.