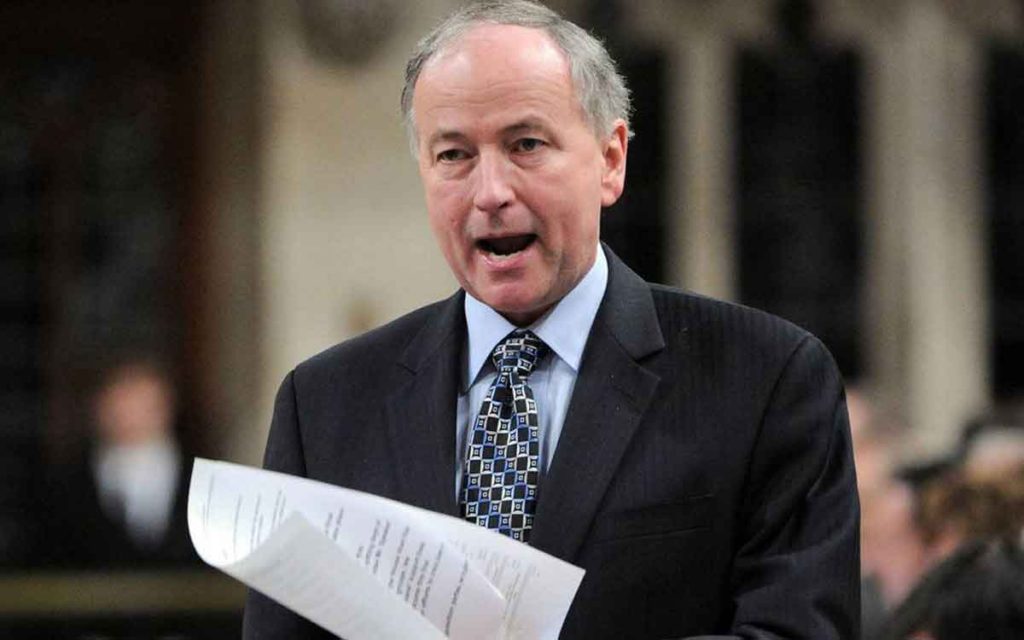 Having recently announced he will not seek re-election this October, Niagara Falls MP Rob Nicholson sat down with me in his Ottawa office to discuss his views of the Canadian Parliament. This is the first of two columns from that interview.

Rob Nicholson is the longest serving MP in the Conservative caucus, having first been elected 35 years ago in the 1984 federal election – and serving a total of 24 years in the Parliament of Canada. Mr. Nicholson has served under three Prime Ministers and the veteran parliamentarian has held cabinet positions of Minister of Foreign Affairs, Minister of National Defence, Minister of Justice and the Attorney General and the Government House Leader.

Fellow Niagara parliamentarian MP Dean Allison describes his longtime friend: “Rob is someone everyone respects in caucus – everybody respects in the House. He is always approachable and gives such great advice. What I admire most is he always takes the high road and is always calm and reasonable in the House. I had someone new in politics say to me that they wanted to be like Rob as a MP because of his approach to his job, his work ethic and how he treated people. The endearing respect for the man is a testament to Rob’s character. This guy is going to be missed.”

Maureen Murphy, Rob Nicholson’s ministerial chief of staff from 2005-2015 echoes MP Allison’s sentiments: “I had the distinct privilege of witnessing first-hand the deep appreciation this principled parliamentarian had for our great country.” She explained Rob always felt a deep sense of gratitude for the opportunity to serve as a Member of Parliament. “He carried out his parliamentary and cabinet responsibilities with diligence, decency, humility and by treating colleagues on both sides of the aisle with respect. Rob demonstrated that you can achieve great success in politics while maintaining a sense of humour, showing kindness to others and never losing sight of what is really important.”

Personally, having crossed paths with the MP a few times through the years, I am instantly reminded of that 1939 Frank Capra classic Mr. Smith Goes to Washington. In that movie, Senator Jefferson Smith is a modest, unselfish man whose character shines through as a decent soul in the often callous world of politics. So, dare I draw the comparison to say Rob Nicholson may very well be considered “the Jimmy Stewart of Canadian politics.” And it is with this image in mind that we must enjoy the reflections of the retiring MP from Niagara Falls.

How has parliament changed in the 35 years since you were first elected until now?

“There has been changes, but for the most part the system is in place that we have had for the last 150 years-plus. It is very similar. But I will warn people that this is not a church, this is not a cathedral you are going to be sitting in. Part of the reason our system works is that there is this very vigorous exchange between Members of Parliament… I remember one time when I was in my office here in Confederation Building and we got a warning that there could be a commotion on Parliament Hill because there was a big demonstration by tobacco farmers. The farmers wanted the government to assist them because laws were being passed against tobacco. I remember the guards were out. I went into the House of Commons and I could see there were farmers in the gallery. The opposition parties got up during Question Period and were yelling at the Government benches, “Why aren’t you doing more for the farmers?” The Government Ministers had to defend themselves and said we are looking at things to help. I was a backbencher watching these farmers and I thought at the end of that Question Period they were satisfied. What they saw was not some polite debating chamber where everybody was pleasant with each other. No, the farmers left saying the government got the message here today. If the Chamber had been some quiet, pleasant place they would have left saying nothing gets done here. So, that is one of the successful things about our parliamentary system and why the Westminster Model has been so successful. And it has and it continues to be so successful.”

What advice would you give to new MPs?

“You have to be very focused, not just on national issues but those issues of importance to your constituency. I remember in my first term we had a number of issues in the tender fruit industry. Someone asked me, “Nicholson, are you obsessed with peaches?” I said, “If I don’t worry about peaches nobody else is going to because most of Canada’s peach industry is in my riding.” You have to take a special attention to those that are particular to your constituency. So, whether it is the grape or wine industry or tender fruit, or if it is the borders, you have to hold the issue up as a priority. Another example is the border. I have told people over the years that we need good border infrastructure, not because I have four border crossings in Niagara, but because it helps the country. It is a national issue, but locally I have to worry about whether the Lewiston, Queenston, Peace and Rainbow bridges have the proper infrastructure. As a MP, you have to worry about local issues and at the same time you see how they factor into the national issues.

“I am always concerned about national issues. But I often made the joke when I was Foreign Affairs Minister that I don’t mind being in Iraq on Wednesday but I want to be in Niagara on Saturday. That’s because Niagara constituents are the people who sent me to Parliament. They placed their confidence in me, so I have to be focused on the local issues. Take seniors issues — Dean Allison once told me that I have more seniors in my constituency than anyone else does in Canada. Well, if I don’t worry about seniors issues who will?”

Parliament is awe-inspiring. What would you say to a new person just elected walking in here next October?

“I would say first of all, don’t let it go to your head. I remember when I was defeated in 1993. A woman stopped me on the street and said, “Rob, you lost, are you taking losing the election personally?” I said, “No, because I didn’t take it personally in 1984.” She said, “What do you mean; you won in 1984?” I said, “Yes, but it wasn’t personal then.” In 1993 I know that election wasn’t about me when every Conservative MP lost just as it wasn’t about me in 1984 when we all won. It isn’t personal. You are part of a team. You have you make that team work. It’s about your Party. It’s about the Leadership. There is a small wedge in every riding where you can make a real difference. I call it the incumbent advantage. But it is not that large. So, I would say to people, don’t think it is just all about you. It is not just about you. It is about a much bigger picture.”

Next week Rob Nicholson discusses the Westminster model, the significance of caucus, and how he is likely to feel walking out of the House of Commons for the last time. 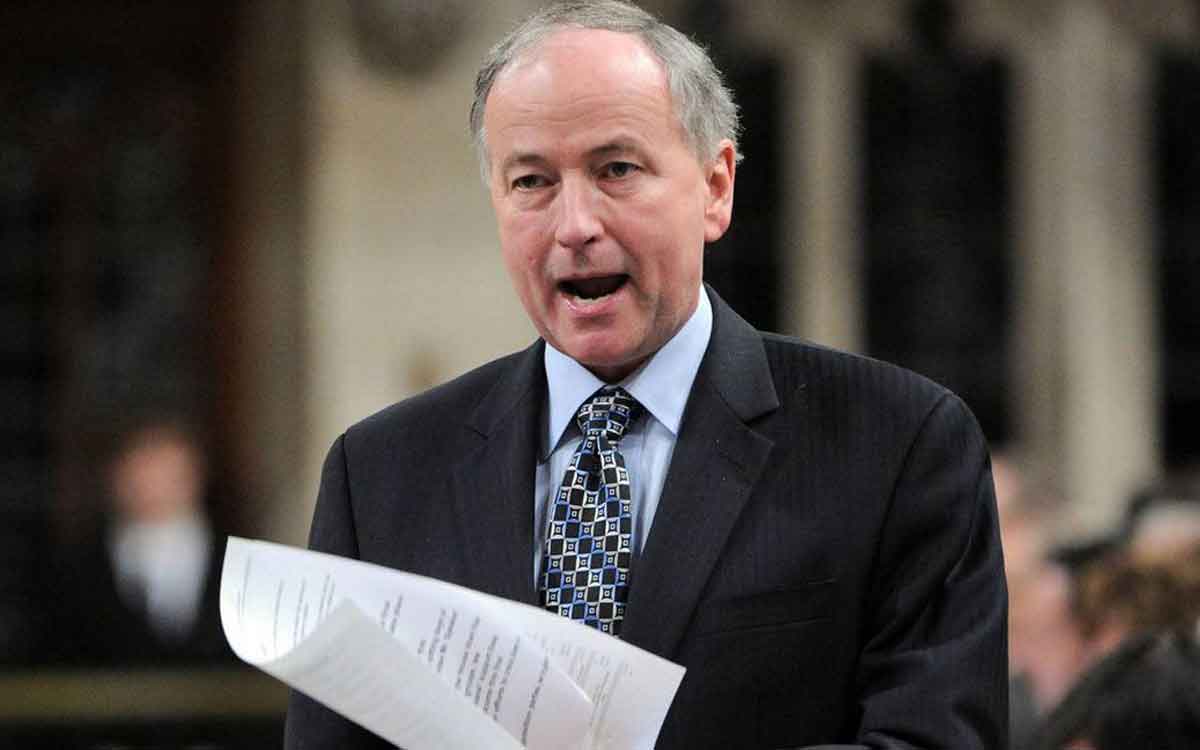