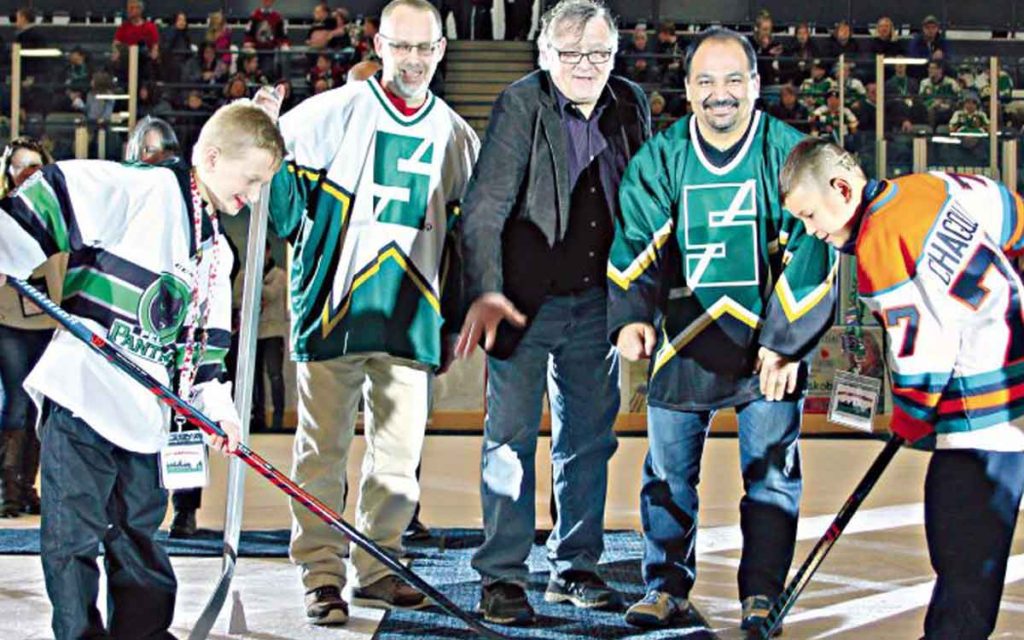 Hudson McLachlin of the Pelham Panthers and Adan Chagollan of the California Wave represented Canada and United States for the ceremonial puck drop. Mayor Marvin Junkin, center, is flanked by Dave Kirkness, Silver Stick Tournament director for 17 years, and local businessman Tim Nohara. Supplied photo from The Voice of Pelham

From January 10 to 13, Pelham and surrounding communities throughout Niagara hosted 99 participating teams from Canada and the United States.

To kick-off the association’s 20th annual event, this year’s opening ceremonies were held on January 10 at the community centre. The celebrations commenced with a Parade of Champions of the 99 teams, and a welcoming speech from Mayor Marvin Junkin on behalf of the Town.

“It’s a lot of work to put this whole tournament on and tournaments like these strengthen our local and international communities,” Junkin said. “It brings everyone together in fun, competition and teamwork.”

Junkin extended best wishes and “happy memories” to the teams and their families who participated in the event.

To assist in accommodating the tournament play, games were also held in Niagara Falls, Welland, St. Catharines and Port Colborne. 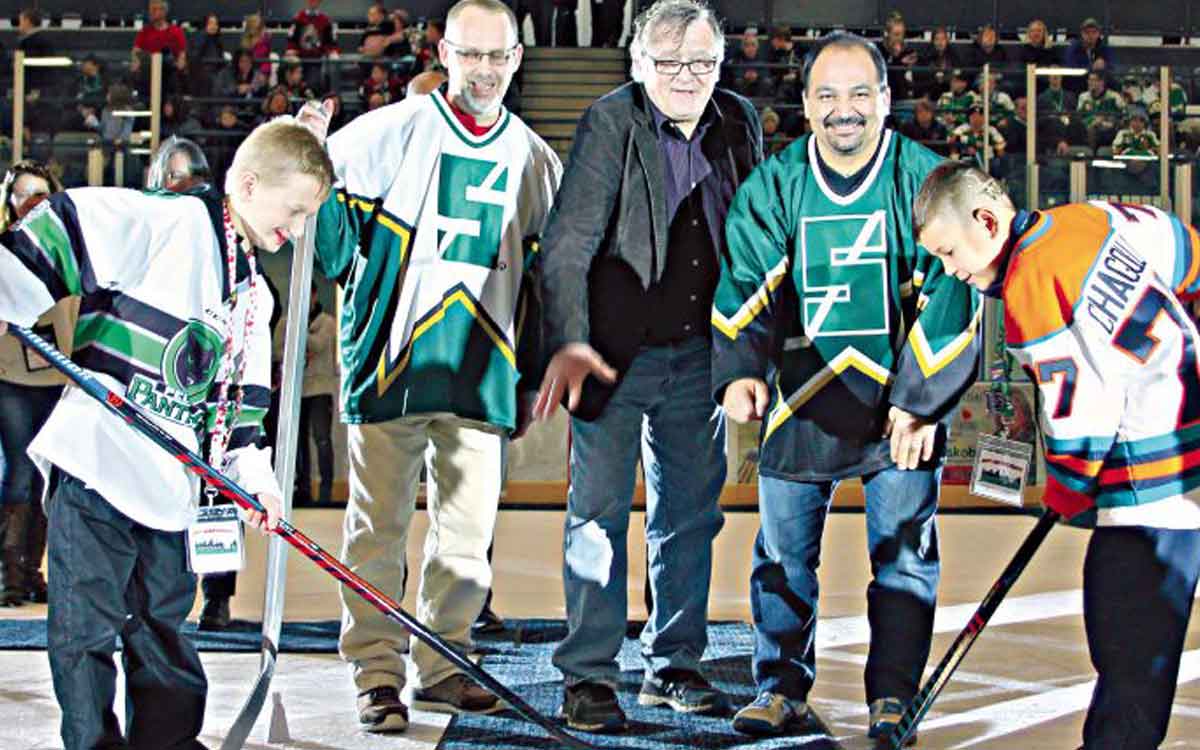