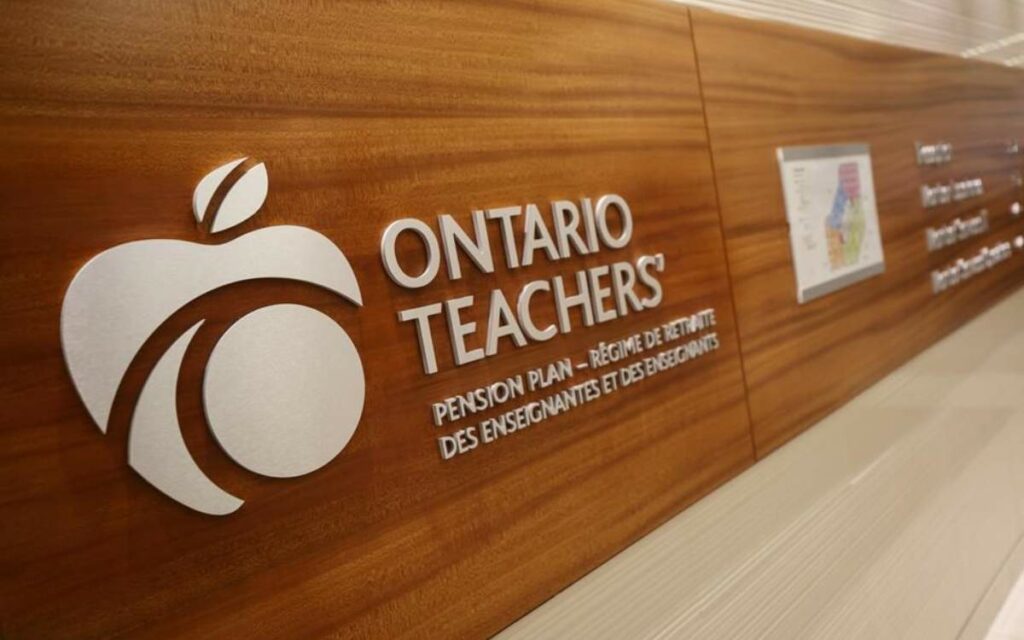 In losing nearly $100 million to a volatile cryptocurrency investment, and by committing to the ESG narrative, two of Canada’s largest and traditionally most successful public pension funds demonstrated that they’re hardly immune to poor judgement and being swept up by the flavour of the week. Photo credit: The Canadian Press/Cole Burston

The spectacular meltdown of cryptocurrency exchange FTX in the US had a Canadian dimension that didn’t receive much attention in the media. Apparently, the Ontario Teachers’ Pension Plan (OTPP) had invested $95 million in FTX, which it will now write down to zero as FTX is effectively bankrupt. As the OTPP currently has a total value of about $240 billion, the FTX loss will not make or break the fund, but it does raise the question of why a public sector pension fund significantly supported by taxpayers would be making such risky investments.

All of the details of the FTX meltdown are not yet known, but some are predicting that its impact will be much larger than the US$18 billion the exchange was valued at. There will likely be an upside to the collapse as well, as remaining players in the crypto markets impose more rigour on their own operations to encourage investors to remain. Nevertheless, as crypto markets are notoriously volatile, the question still remains as to why the OTPP believed this to be an appropriate investment.

The OTPP generally has had a good investment performance over the decades and is often viewed as one of the more successful public sector pension plans. Even with its success, however, its original matching contribution from taxpayers was about 8 per cent decades ago, and is now closer to 14 per cent, with teachers contributing the same percentage of total salary. Perhaps one of the reasons taxpayers have been required to kick in more and more over the years to this generous pension despite its reputed investment success have been too many risky investments such as FTX.

One of the few solid criticisms of Pierre Poilievre that has been made by the federal Liberals is that he recommended investing in cryptocurrency as a means of reducing the impact of high inflation. He may now be able to counter this criticism by noting that if a pension plan such as OTPP thought this was a worthwhile investment, he is at least in good company.

In other pension news, the CEO of the Canada Pension Plan Investment Board (CPPIB), John Graham, stated that the giant pension fund planned to divest from companies that are not actively working to attain their “net zero” targets. The CPP is the seventh largest in the world with assets of over CDN$500 billion. Graham claimed this wasn’t a preferred approach, but divestment would be on the table if other efforts fail. He added that important considerations would be a company’s commitments to measures to combat climate change, promote board gender diversity and elements of corporate governance.

This relates to the imposition of the so-called ESG (environmental, social and governance) regime that many international financial players such as UN agencies, international standards bodies, and individuals like Mark Carney and Michael Bloomberg have been working to impose on businesses for some time.

When the concept of ESG and net zero were initially introduced, many businesses bought in as they sounded like good ideas in theory. However, once businesses attempted to actually implement these practices, they began to see that the approach wasn’t very realistic, was often highly subjective, imposed a costly administrative burden and did not lead to attractive returns on investment.

A number of US banks have reportedly said they are considering backing out of international financial arrangements geared to achieving net zero. Other large investors have continued to invest in fossil fuel companies despite efforts to discourage them, especially as the Russian invasion of Ukraine and other international developments have elevated the profitability of traditional energy sectors and energy security has become a major global concern. In addition, funds that specialize in ESG-type investing practices have usually underperformed those that do not.

The bottom line for pension funds should be to achieve the greatest rate of return for pensioners as long as legalities are observed. This is especially true for pension plans such as the OTPP and CPP, where contributions are mandatory for taxpayers and other Canadians. They should leave the highly risky investments such as crypto and costly regimes like ESG to the private companies who choose to pursue them with money voluntarily invested, and keep their eye on the ball for Canadians instead of jumping on the bandwagon of the latest investment trend.