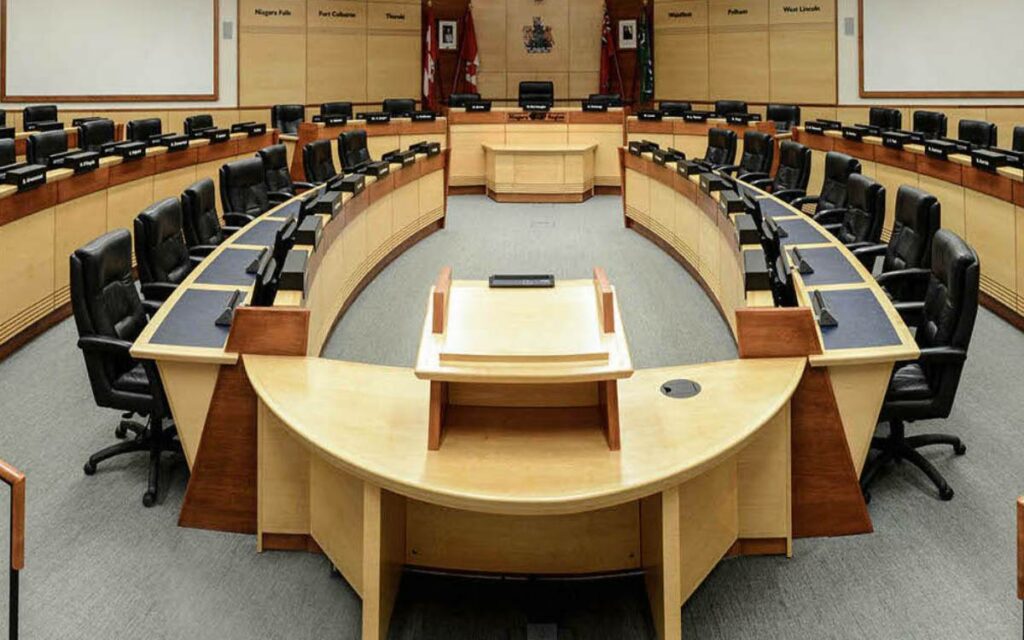 While the Niagara Region is often plagued with policies that have more loopholes than a fisherman’s knot, in the case of filling a vacant seat on Regional Council, the legislation and policy on the books is straightforward.

With the death of beloved St. Catharines Regional Councillor Sandie Bellows, regional and city officials will be reviewing existing legislation and policies to determine how to address the vacancy. As it turns out, it’s quite simple.

The goal of the legislation and policies is to take politics, favouritism, and nepotism out of the equation.  The established parameters direct an open and transparent process that will fill the vacancy using a democratic process.

If legislation and policies are followed, and the wishes of St. Catharines voters are to be respected, top ten-finisher Mike Britton will be appointed to Regional Council.

How can this be known for sure? First, St. Catharines holds seven seats on Regional Council, which includes the elected mayor and the six candidates who receive the highest number of votes. Turning to the 2018 municipal election results, the top 6 candidates were Jim Bradley, George Darte, Sandie Bellows, Laura Ip, Brian Heit, and Tim Rigby.

As per the Municipal Act, in the event of the death of a Regional Council member, the respective seat on Council becomes vacant. Upon declaring the seat vacant, the legislation states that the elected assembly shall “immediately forward a copy of its declaration to the council of the local municipality”, which in this case is the City of St. Catharines.

Once the issue is in the hands of St. Catharines City Council, the legislation provides them with two options in filling the seat: appoint a person to the vacant seat or conduct a by-election.

Fortunately, St. Catharines has an existing policy (Legal and Court Services Policy #2015-9) that was approved back in 2014, and re-approved in 2018. According to City policy, if a vacancy occurs within the first three years of a council term, the next place finisher may be appointed if they received 70% of the votes that the sixth-place finisher received.

The next place finisher after Kelly Edgar was Mike Britton, who achieved 80.20% of the sixth-place finisher. Thus, if the city were to follow precedent, Britton would be the natural choice to fill the vacancy.

It’s worth noting, if further vacancies were to occur, Bruce Timms and Haley Bateman would not qualify as they did not reach the 70% threshold dictated by the approved City policy.

The other option within the first three years is to conduct a by-election, which would be a considerable waste of taxpayers’ money given that the next municipal election will be held on October 24, 2022.

However, if the vacancy occurs within the last year of the term, then City Council must automatically appoint the next place finisher, which would be Mike Britton.

The next St. Catharines City Council meeting is November 1.

If the City applies the three year rule, then as per their approved policy, they would either appoint Mike Britton (who achieved the 70% threshold) or conduct a by-election. On the other hand, if Council applies the one year rule, then they would automatically appoint Mike Britton, again as he would have achieved the 70% threshold.

Any other decision would be a contravention of the approved City policy.

The City of St. Catharines has a long history of appointing the “next place finisher”, as identified in the chart below:

Past benefactors of this policy, such as current elected officials Tim Rigby, Carlos Garcia, Laura Ip and Kelly Edgar, should champion the appointment of the “next place finisher” Mike Britton. Any other choice would be hypocritical.

In this case, the democratic process of filling the vacancy is straightforward, all the City of St. Catharines has to do is follow it.